COP27: A Historic But Insufficient Move Towards Climate Justice 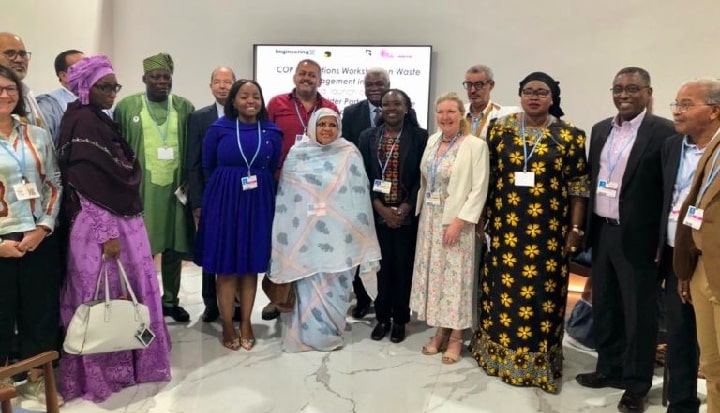 For two weeks in November colleagues from Practical Action have been in Sharm El-Sheikh at the UN climate change conference, COP27. We were there to ensure that the voices of the people we work with in some of the world’s most climate vulnerable places were heard as global leaders took decisions about their futures.


For two weeks in November colleagues from Practical Action have been in Sharm El-Sheikh at the UN climate change conference, COP27.

We were there to ensure that the voices of the people we work with in some of the world’s most climate vulnerable places were heard as global leaders took decisions about their futures.

For these people there was one significant and positive outcome: countries have finally agreed to a Loss and Damage fund.

However, this positive news was balanced by a failure to agree on sufficient funding for adaptation to climate change for billions of people around the world who are already having to change their lives and livelihoods.

Practical Action Africa Director, Akinyi Walender said, “One of the things I learned at this COP is that the voices of the communities that we work with do not get to this space enough. My colleagues operate on the ground. We know what works and what doesn’t because we are co-creating solutions with people at the sharp end of climate change.

I believe that their voices need to be heard on this stage. Communities have a lot of knowledge, they have a lot of skills, and this is why we will continue to engage in the COP process. We have to bridge the gap between those with finance and influence and those for whom the climate crisis is a stark reality.”

“We now need an alliance of forward-thinkers to help us take proven solutions to scale. We need investment that reaches the people on the front line of climate change.”

Colin McQuistan, Head of Climate and Resilience, at Practical Action has been attending the COP talks since 2014. He said: “The decision on a Loss and Damage fund is a long overdue step towards addressing accelerating climate impacts, responding to the systematic injustice faced by people and communities particularly in the global south, who are least responsible for the climate crisis”.

Details of how the fund will operate and where funding will come from will not be agreed until COP28 in November 2023. Practical Action will continue to work alongside partners across civil society and local communities to influence the process towards an equitable decision that really delivers for impacted communities and countries.

There were also positive outcomes on the Santiago Network for Loss and Damage. The Santiago Network was designed to give technical assistance from experts to help climate vulnerable developing countries tackle the impacts of climate change. At COP27, after years of negotiations, there was agreement on how this will work in practice and how it will be funded.

Did the ‘Africa COP’ realise it’s ambition for adaptation?

The conference started with a packed adaptation agenda including strengthening of national adaptation plans (NAPs), making progress on the doubling of adaptation finance and taking the Global Goal on Adaptation from an idea into practice.

But despite a positive approach, the final text was disappointing for the communities we work with.

Demet Intepe, Climate and Resilience Officer at Practical Action said: “It was really disappointing that issues of human rights, locally led adaptation, finance for adaptation and ecosystem-based adaptation were either lost or watered down in the final text. At COP28 we need to make up time on doubling adaptation finance.”

Vulnerable food systems on the menu for the first time

Elsewhere, it was encouraging to see COP27’s recognition of the vulnerability of food systems to the devastating impacts of climate change.

The final decisions recognised the need to move towards a more sustainable food system that can provide important benefits for adaptation, mitigation, and especially food security and nutrition.

This acknowledges the impact of climate change on the rural communities we work with and should lead to some of the innovations we have implemented being taken to scale.

We also saw waste make its way to the top of the COP27 agenda. Akinyi Walender joined waste experts, informal waste workers and representatives from local government, UN agencies and the private sector to launch a partnership for the elimination of open burning of waste in Africa. They will now tackle the waste crisis in Africa – a significant contributor to the production of methane – by bringing together people with influence and finance alongside informal waste workers and communities.

Practical Action is also proud to be part of the African Cities Water Adaptation Platform with other forward-thinking organisations who want to take water access solutions to scale with vulnerable urban communities. We look forward to working with the World Resources Institute on people-centred solutions for cities to address the numerous climate and water challenges they face with rapidly expanding urbanisation.

So, where do we go from here?

COP28 will need to move beyond reassessing past commitments and deliver bolder action to keep 1.5 degrees in sight, avoid even greater losses and damages and accelerate a just transition to an economy that works for people and the planet.

We will continue working on the ground with people already affected by climate change. People who are adapting because they have no choice. In the absence of significant global leadership, we call on allies from all sectors, including the private sector, donors and civil society to take action and work with us and other organisations like us.