Black Swans and the Future of Energy 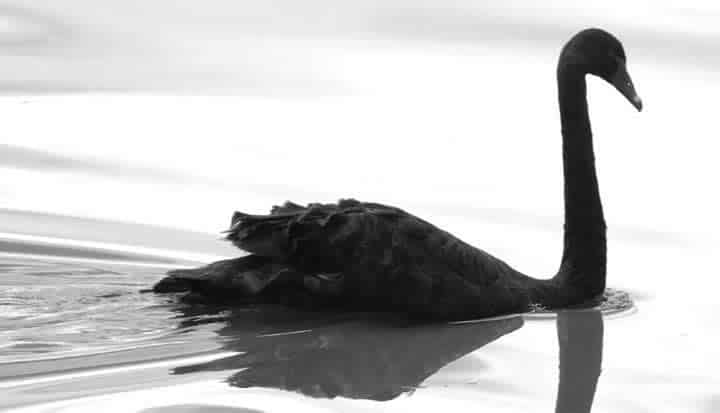 Black Swans and the Future of Energy


Energy experts now confidently predict that by 2040, solar and wind will drive no less than 60% of global power; natural gas will replace the lion’s share of the burning of coal, and the market for electric cars will soar. Nassim Taleb, on the other hand, questions the ability of experts to predict just about anything. He asserts instead, in The Black Swan: The Impact of the Highly Improbable, that the future is consistently shaped by unexpected, high-impact outlier events, which we do our best to rationalize after the fact. Who could have predicted the Black Swan disruptive transformative impact of Henry Ford’s Model T or Jobs and Wozniak’s Apple?

As a faithful Black Swan convert, I doubt our ability to predict our planet’s energy future in 2040. We can, however, make educated guesses about the forces likely to give shape to the energy Black Swans in our immediate future. Here is one of them.

The actions of 2.5 billion or so people in the world who live on less than $2/day will shape Black Swan disruptions in the next 20 years more powerfully than most of us can imagine. They are already responsible for just about all of the planet’s population growth in the next two decades, which will profoundly affect environmental balance. Conversely, they are disproportionately distributed in close proximity to dispersed stands of high energy invasive biomass which can most easily be converted to low carbon emitting alternatives to coal, and in the process move out of poverty. A perfect example is the prevalence of mesquite in arid lands which can be easily converted to low carbon-emitting dense biomass sources.

This omission of the impoverished actions in predictions of our energy future is astounding. These shapers of our energy future are disproportionately distributed in dispersed, poor rural areas in close proximity to stands of high energy biomass, easily converted into low-carbon emitting alternatives to coal, creating millions of new jobs and massive new markets for village produced energy products.

Nature takes 300 million years to produce coal. But through a process called torrefaction, which is exactly the same as roasting coffee, a group of volunteer engineers at Ball Aerospace have reduced the time to one hour, producing a blackened biomass that looks like coal, burns like coal and best of all mimics nature’s carbon cycle instead of increasing carbon emissions.

Using selected agricultural waste streams and invasive species growing in arid wastelands as inputs, it is now possible to design 100,000 village kilns, each capable of producing 7 tons a day of a low carbon emitting substitute for coal. The shortening of the collection radius from 150 kilometers to 4 kilometers, taking advantage of low-cost labor in rural villages, and adding carbon credits to the mix is now likely to produce a new breed of multinational corporations partnering with village enterprises and capable of replacing up to 20% of global carbon emissions. Best of all, if it works, it will become a profitable international corporation, supported by investment capital instead of the begging bowl.

This is my dream for the future. Whether it will turn out to be a dream or a nightmare remains to be seen.

This article first appeared on www.paulpolak.com and is reproduced with permission.