Behind the Brands: What Progress One Year On? 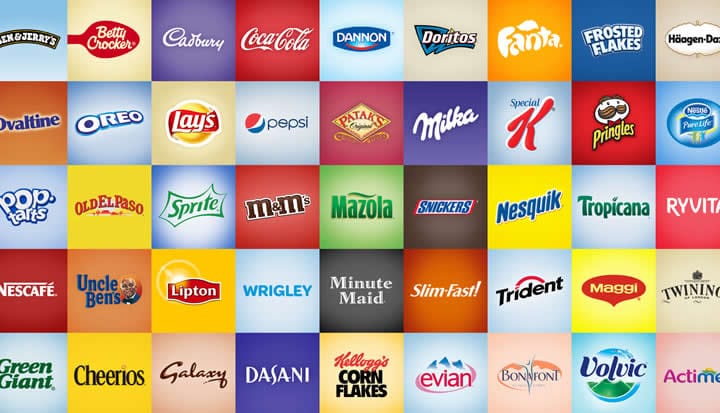 Behind the Brands: What Progress One Year On?


In February 2013 we launched an ambitious campaign using the power of consumers and investors to hold the world's biggest food and drinks companies to account for what happens in their supply chains. One year on, private sector adviser Erinch Sahan reveals how the policies of the Big 10 have changed.

It's a year since we launched our scorecard. Having clawed through company reports, analysing every commitment and policy of the world's 10 largest food and drinks companies ('the Big 10'), we scored companies on a range of issues impacting the lives of people living in poverty around the world. A year later, having rigorously updated the scorecard, we reflect on how companies are tracking on the seven issues we cover: workers, farmers, women, land, climate, water and transparency.

The companies are on the right track. All but General Mills have improved their overall scores since February 2013. The top three (Nestle, Unilever and Coca-Cola) separated themselves further from the pack and saw the biggest jump in scores with overall increases of 10%, 14% and 13%. The companies in the middle of the pack (Danone, Mars, Mondelez and PepsiCo) saw mild improvements. There were some improvements also at the bottom of the scorecard. Associated British Foods and Kellogg's - previously ranked 10th and 8th respectively - saw increases in scores of 7 and 6% respectively. As a result, General Mills is now at the bottom of the rankings.

A year ago, no company could be classified as having good policies on any issue (scoring 8 or above out of 10). There are now two that achieve this feat. Unilever, with its score of 8 for farmers, has shown true leadership in pursuing supply chains that are inclusive and fair for smallholders (read more on Unilever's supply chains in ourresearch report). Nestle (scoring 8 on climate) continues to lead all companies on climate, where we assess both efforts to reduce emissions and to help farmers adapt to a changing climate. In both cases, the results mirror broader assessments of these companies. The Carbon Disclosure Project's Leadership Index puts Nestle first among its peers, and Unilever is widely recognised for its work on dealing more fairly and inclusively with smallholder farmers.

A year ago, it was clear that the industry was failing on two key issues: how it addresses women's inequality and land rights. Scores were woeful, none of the Big 10 had an approach that addressed the plight of women working on farms around the world and none were making suppliers respect the rights of communities over land.

In response, we spent the last year reminding companies about these blind-spots, asking supporters (nearly 400,000 supporters spoke up), investors (representing billions of dollars asked the companies to act) and civil society to join us in urging the Big 10 to start addressing gender and land issues.

The results are encouraging. Led by Coca Cola, six of the Big 10 now endorse the principle of free, prior and informed consent on land acquisition. This is key in ensuring communities have a say over what happens to the land they depend upon. Seven of the Big 10 have signed on to UN women's empowerment principles, which demonstrates a commitment to ensuring the industry starts addressing the barriers faced by women on farms and markets around the world. Similarly on climate, companies have started putting in place targets to reduce emissions and start disclosing more about their carbon footprint.

Too many issues remain unaddressed

While we saw impressive improvements on women's rights, land and climate change, we didn't see the same level of movement in the workers, farmers and water themes. On these themes, (apart from Coca Cola on water), no company showed significant improvements.

On water and workers issues, companies had already picked off the 'low hanging fruit' and taken some steps to strenghten their committments. For instance, a year ago, most companies had already recognised the International Labor Organization's labour rights conventions and were disclosing key water information through the Climate Disclosure Project's water program. But a year later, still only PepsiCo recognises the UN human right to water and no company has set a specific target to reduce its water use along its whole supply chain. On farmers, only four companies (Danone, General Mills Nestle and Unilever), mildly improved their performance over the course of the year. Most continue to ignore the importance of ensuring dealings with farmers are fair and inclusive (e.g. through transparent contracts and ensuring farmers are paid fairly).

What are they hiding?

The industry has started to disclose a little more about their agricultural sourcing, but many still shy away from revealing who they buy from. Allowing consumers, the public and communities to work out which producers connect to which global brands is key for accountability, though the Big 10 are by-and-large preventing this.

The updated scorecard now also assesses a critical new component of transparency - taxes - focusing on whether companies disclose information linked to the use of tax havens. New indicators on transparency now ensure that we better capture this important theme. People and corporations using tax havens are depriving the world of more than $150 billion in lost revenue, enough money to end extreme poverty twice over. Through our new tax indicators Oxfam aims to identify which companies are most open and accountable in their tax dealings. With the exception of Unilever and Coca-Cola, all the companies fail miserably in tax disclosure. This helped drag the transparency scores of four companies down by 1 point, with only Unilever slightly improving its overall transparency score over the course of the year.

We'll continue to score the companies on these issues, highlighting where they improve and drawing attention to where they don't. We'll also keep talking to supporters, investors, civil society and governments to get others to deliver the message on fair and sustainable agriculture to the Big 10. If companies are to show leadership on these issues (and see their scores improve), they have to start making some of the tougher decisions, such as:

This blog was previously published on the Oxfam Policy & Practice Blog and is reproduced with permission.

Erinch Sahan is a private sector policy advisor focused on agricultural markets. Erinch leads Oxfam’s work on scoring the food and beverage companies for the Behind the Brands campaign. Alongside his work on Oxfam's campaigns, Erinch works with companies on understanding their impacts on poverty and developing new business models, particularly around agricultural sourcing.