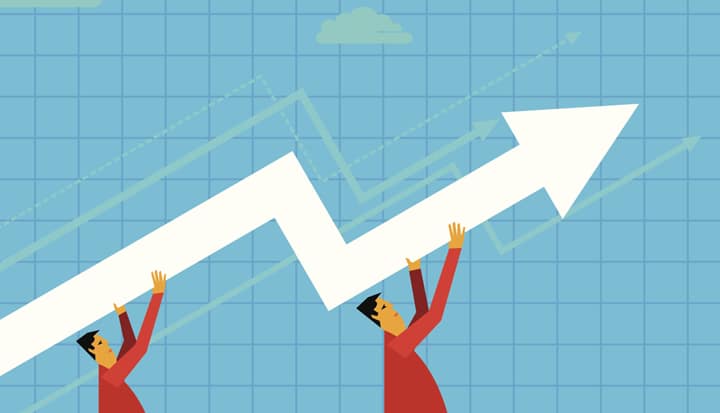 
The Aid-for-Trade Initiative was launched at the 2005 Hong Kong WTO Ministerial Conference to address supply-side capacity and trade-related infrastructure constraints that can prevent developing countries from converting trade opportunities into trade flows.

Eight years on, at the Ninth Ministerial Conference on 3-6 December 2013 in Bali, Indonesia, we expect stakeholders to recommit to this Initiative. The restatement will be a timely one. Aid for Trade can make a valuable contribution to the inclusive economic growth that lies at the heart of the debate on the UN's post-2015 development agenda.

Since its launch, the Initiative has yielded tangible results for developing, and, in particular, least-developed countries. It has raised awareness among developing countries and donor agencies about the positive role that trade can play in promoting economic growth and development. In turn, this awareness has translated into the mobilization of resources and projects with results on the ground.

Successive Global Reviews of Aid for Trade have shown that developing countries, notably the least-developed, are getting better at articulating, mainstreaming and communicating their trade-related objectives and strategies. Without effective national and regional dialogues, governments and regional economic communities face problems in setting clear priorities and development partners face difficulties in aligning support. The Enhanced Integrated Framework has particular value in this process as it helps least-developed countries to understand these priorities, and funds projects to get these processes working effectively.

Global value chains have become a prominent feature of world trade and investment. The 2013 Global Review of Aid for Trade focused on how to connect developing country firms to global value chains (GVCs). To research this topic, the OECD and WTO sampled the views of almost 700 firms from developed and developing countries across five key sectors: agrifood, ICT, textiles and apparel, tourism and transport and logistics.

The emergence of value chains strengthens the relevance and rationale for Aid for Trade. Indeed, the Initiative was created to address exactly the type of constraints identified in the OECD-WTO business survey. The results also provide clear guidance about where Aid for Trade could help developing countries connect to value chains. The priorities revealed by the survey could help establish closer co-operation and synergies between the public and private sector.

Despite the growing participation of developing country firms in global value chains, there is still much scope to improve their participation, in particular that of companies from least developed countries. Aid for Trade has a role here. Indeed, a growing body of research highlights that Aid for Trade is playing an effective role in addressing these constraints to connect to the trading system.

Case stories of trade facilitation programmes and economic infrastructure projects, including regional corridors, describe how trade costs are significantly reduced and how regional integration has been boosted. For example, a regional project in East Africa improved transit times at the border from three days to three hours. Another case story describes how improving the international transit of goods between El Salvador and Honduras reduced clearance times from 62 minutes to an average of eight minutes. The project’s success has stimulated interest in neighbouring countries and the project has been extended to Mexico, Guatemala, Nicaragua, Costa Rica and Panama. An example from Burundi has also showed how simplification of border procedures has led to higher government revenue.

A number of WTO's own Aid-for-Trade activities, such as in the area of compliance with sanitary and phytosanitary measures through the Standards and Trade Development Facility and training of trade officials by the WTO's Institute for Training and Technical Assistance show good results. We are also proud of the work of the International Trade Centre - an organization that brands itself as the development partner of small business export success.

After years of increasing aid flows, the financial crisis has put pressure on aid budgets - and in turn reduced aid-for-trade funding available. Total aid-for-trade commitments in 2011 reached USD 41.5 billion - 57% higher than the 2002-05 average baseline, but 14% down on 2010 (Figure 2).

Provisional 2012 aggregate amounts see overall ODA falling by 4% in real terms. A further decline in aid for trade is possible. The outlook points to either stagnation or further modest declines in aid flows. The G-20's pledge to maintain aid-for-trade resources beyond 2011 at average 2006-2008 expenditure levels is opportune in this context. The OECD and WTO have been tasked with monitoring the G20 commitment.

South-South trade-related cooperation is growing and the private sector is also becoming itself more engaged. The findings of the OECD/WTO monitoring survey suggest that most providers of South-South trade-related co-operation will continue to scale up resources over the next five years. In addition, collaborative private sector ventures and value chain investments are growing in number and impact and are charting an innovative way forward for business involvement in trade-related

Since the 2005 WTO Ministerial Conference in Hong Kong agreed the aid-for-trade mandate (subsequently operationalized by the WTO Task Force in 2006), much has changed in the trade and development environment. Looking ahead, a central theme of the UN post-2015 development debate is inclusive economic growth. By helping provide developing and in particular least developed countries to access the multilateral trading system, there is an on-going role for Aid for Trade to contribute to economic inclusion