A Challenge to Both Business and Vulnerable Communities 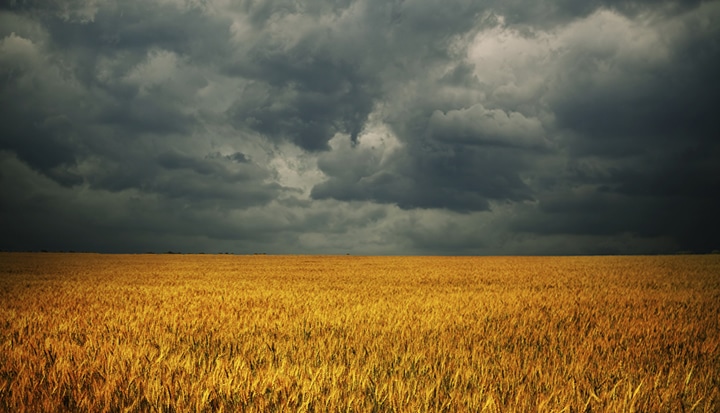 A Challenge to Both Business and Vulnerable Communities


In September, the IPCC published the Fifth Annual Report on the Physical Basis of Climate Change. It devotes little attention to the human and ecological impacts of global environmental and climatic change, topics that will be addressed by working group reports released in early 2014 . Nonetheless, the trajectory of climate and other environmental changes and their implicit impacts on society are stark. Despite numerous treaties and efforts at mitigation, concentrations of carbon dioxide and other greenhouse gases continue to increase, and at greater rather than diminished rates. If those rates continue they will result in global warming of 3 to 5.5°C by 2100. This in turn, will result in dramatic changes to the global hydrological cycle, including both more evaporation and more rainfall.

The results will be a more hostile climate for many as land can become either drier or more flood-prone or both, changes exacerbated in coastal areas by sea level rise. Freshwater supply will also be affected by the forecast changes in climate. The quantity of water flowing in glacier or snow-melt fed river basins will change, affecting around a sixth of the world’s population[i], while coastal freshwater will be contaminated with saline water[ii]. Areas of the Mediterranean[iii], Western USA[iv], Southern Africa[v] and North Western Brazil[vi] are projected to face decreased availability of freshwater.

Key to understanding who will be affected is our ability to predict changes in rainfall, seasonality, and temperature at a regional scale. However, regional climatic predictions are the most challenging and least certain, especially with respect to the nature and amount of rainfall. For vast parts of the world, including much of South America, Africa and SE Asia, it is unclear whether climate change will bring about wetter or drier conditions. Thus, uncertainty will become the norm: uncertainty in rainfall; uncertainty in weather extremes and seasonality; and most importantly, uncertainty in water resources.

Those combined effects lead to an additional and perhaps the most profound uncertainty for the latter half of the 21st century: uncertainty in food production and access. In the absence of other factors, climate uncertainty and more common extreme events will compromise agriculture at all scales, yielding increased food prices and increased volatility in markets.

Impacts on the Poor

These risks to the poorest result from a lack of resources to mitigate harm, lack of power to protect resources, and the global competition for resources.

Those who lack the financial resources to migrate or build more hazard-resistant homes will suffer most from extreme events, as has been sharply illustrated by those suffering most in the aftermath of Typhoon Haiyan. Those who can least afford to dig deeper wells into more ancient aquifers as water resources diminish will go thirsty. Subsistence farmers – and those dependent on them – are less resistant to climate shocks (desertification) and adverse weather events (flooding) than commercial farmers.

Land ownership for the poorest is often tenuous, and displacement from land a serious problem for many. Previous switches to biofuels have led to land competition, resulting in both loss of land to subsistence [p6] farmers, and diversion of commercial production leading to shortages [p7] and increased food prices. Within communities, these effects are not evenly spread as marginalised groups, such as women, are the least likely to hold land tenure [p8] . Similarly, there is increased competition for water [p9] between peoples, but also between water for industry (including agriculture) and water for drinking. When water is scarce, pollution of fresh water is common, and governance is weak, the poorest are likely to lose out.

Food competition will most likely be exacerbated by other factors: rising demand from a rapidly expanding population and a growing demand for meat from a global ‘middle class’; the increased economic divide between post-industrial and developing nations; the ongoing depletion of soil nutrients and associated impacts on the nutritional value of our food. The combination of these factors will result in profound impacts on food security. Who decides what gets grown? Who can afford it in the context of global markets and the loss of agricultural land? The poorest members of even the wealthiest societies are the most vulnerable to dramatic and unpredictable changes in food costs[p10] .

These issues yield a profoundly challenging ethical issue: the wealthy who are most responsible for anthropogenic climate change, via the greatest material consumption and energy demand, have the greatest resilience to food market fluctuations and the greatest means for avoiding their most deleterious impacts. Therefore, these issues challenge all governments to dramatically and swiftly act to decrease greenhouse gas emissions and mitigate the associated climate change.

Unfortunately, many proposed mitigation strategies could also have negative consequences for food prices and availability. Increasing energy prices, such as those brought about by a carbon tax, will be passed onto food prices. Genetically modified foods could be essential to feeding a growing population, and we would urge that future efforts expand to incorporate a greater degree of climate resilience in crops; however, the patents on those crops can make them financially inaccessible to the poorest nations or build critical dependencies.

Although sustainable agriculture and crops might reduce the impact of climate change and uncertainty in some countries, these solutions can be deleterious for the poorest. They are more likely to live in regions and areas most negatively affected by climate change, most likely to be relying on subsistence/small scale agriculture and least likely to have access to the global market as consumers. In other words, a stable global market will be of little direct benefit to them; in fact, most of these populations are likely to face competition for land/water use from globalised markets (for biofuels or commercial farming). In short, what builds food resilience in one nation might be exposing the most economically vulnerable in another.

In fact, when properly mobilised for the benefit of the community, access to new energy sources – even if in the form of fossil fuels – can be transformative and facilitate the economic growth needed to access increasingly globalised food markets [p12] . Domestic access to gas reduces the need to collect wood for fires, reducing deforestation, improving air quality, and freeing up time for communities to address other development needs.

This is not an argument against mitigation of climate change, but it does need to be balanced against human development needs; and this represents one of the world’s most profound challenges. In some circles, we consider this a ‘wicked’ problem: a problem that has multiple causes, probably in interaction, and where information is incomplete, such that proposed solutions might be incomplete, contradictory, complex and work across multiple causes in complex systems.

Wicked problems are not intractable, however, and previous studies of land use for biofuels provide clues as to how a complex solution could be more sustainable for all; well planned switches to biofuels which consider local custom in land tenure can provide more land for agriculture, and reduce deforestation pressure.

In such situations, we argue, solutions which focus on halting or slowing climate change alone, and then coping with the business and development problems that they might create answer the wrong question. Our challenge to the business (and academic) community, then, is to engage with some wicked questions:

These are difficult questions but they also represent opportunities for development and growth in poor communities. A world with increasing environmental uncertainty is a challenge for both businesses and vulnerable communities. But it could also be a shared opportunity for growth and development: to innovate and identify new solutions, to co-invest in local resilience and risk reduction, and to share the growth that arises from more stable communities.