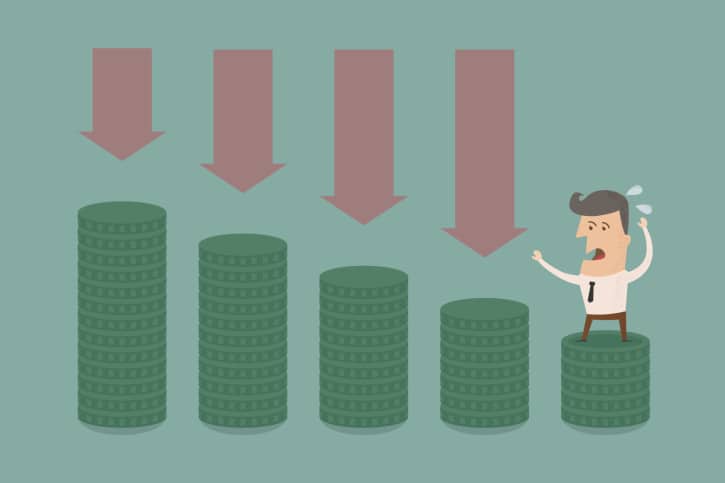 New York, 21 September 2010—Ten companies were recognized today at this year’s World Business and Development Awards (WBDA) for their efforts in improving the lives of some of the world’s most disadvantaged communities. The winning companies are engaged in diverse initiatives such as providing low-income housing in Mexico; assisting farmers in Sierra Leone integrate into sorghum value chains, and offering affordable maternal health services in India, proving that investing in low-income communities can also drive business innovation and growth.

The Award ceremony is part of the special focus on the Millennium Development Goals (MDGs) during the opening week of the United Nations’ General Assembly in New York. The biennial WBDA showcase the best practices by businesses, from every region of the world, who apply their inclusive business expertise to the worldwide efforts to end poverty. It is hosted by the International Chamber of Commerce (ICC), the International Business Leaders Forum (IBLF) and the United Nations Development Programme (UNDP).

The Award winners prove that companies can be an engine of both growth and development. By mobilizing human and financial resources, they can be a valuable source of innovation and can promote positive change. Business can create domestic employment and wealth, and promote an entrepreneurial spirit, all of which contribute directly to reaching the MDGs ―eight internationally-agreed targets which aim to reduce poverty, hunger, maternal and child deaths, disease, inadequate shelter, gender inequality and environmental degradation by 2015.

This year an unprecedented 172 nominations were received, representing a variety of business and commercial endeavors, and included business associations, NGOs and individual companies from more than 42 countries.

“Doing business with the poor has shown not only to be a potential boost to a company’s competiveness, but also —with the right business model— to be a force in the fight against poverty,” said UNDP Administrator Helen Clark. “Today, more business leaders recognize that true worth can come not only from profits but from making a positive difference. With five years left to achieve the MDGs, an innovative private sector must be part of the global partnership to lift millions of people out of poverty.”

“The true spirit of the Awards lies in the pursuit of productive and innovative business driven solutions, in partnership with government and other partners, as well as building greater awareness of the MDGs in the business community,” explained ICC Chairman Rajat Gupta.

“The World Business and Development Awards continue to challenge companies to use their core business in a way that contributes both to sustainable development and to their own commercial success. They aim to inspire companies to realize that reducing poverty also makes good business sense,” added Graham Baxter, Acting CEO of IBLF.

Andrew Mitchell, UK International Development Secretary, said: “These Awards recognise the crucial role of the private sector in development and the contribution that untapped markets can make to increasing global prosperity and tackling poverty. It is the private sector that creates the jobs, enterprise and wealth that can give the world's poorest and most vulnerable people a chance to transform their lives and secure their futures.”

“At USAID, we believe in inclusive economic growth,” said USAID Administrator Dr. Rajiv Shah, one of the Awards ceremony’s participants. “It’s not only about supporting the establishment of small-and medium-sized businesses, we need to reshape attitudes about women in the mainstream workforce, and linking local communities with private enterprise in order to build a culture of entrepreneurship. By supporting business enabling environments, harnessing advances in science and technology, and promoting innovative public-private partnerships, we can create and sustain vibrant business activity around the world.”

Other winning initiatives include the creation of a food fortification (flour, sugar, oil, rice) solution to help address food insecurity in the developing world, provision of alternative lighting solutions in rural Rwanda, and a programme to strengthen the number of domestic suppliers and increase indigenous products sold in Mexico and Central America. Some of these winners are also featured in a new report released today by UNDP, titled “The MDGs: Everyone’s Business: How inclusive business models contribute to development and who supports them”. The report provides several other examples of successful businesses that have contributed to the MDGs, including multinational corporations, large domestic companies, SMEs and cooperatives.

For further information, and to arrange interviews, please contact:

The ten 2010 WBDA wining Initiatives (in alphabetical order) are:

· Cemex offers poor communities in Mexico the opportunity to produce construction materials that can be used to build or improve their houses, their communities or be sold for additional income. This initiative, called Productive Centers for Self Employment, has benefited more than 3,500 families benefiting to date.
· Eli Lilly & Company addresses the health challenges of TB and multi-drug resistant TB by successfully mobilizing over 20 partners on five continents to tackle the disease in all its forms. The Lilly partnership is providing medicines, advocacy tools and technology to focus global resources on prevention, diagnosis and treatment.
· GroFin/Shell Foundation –GroFin, in partnership with the Shell Foundation, has developed a business model, successfully piloted in Africa, proven to create sustainable employment through the integrated provision of skills and finance to small and medium-sized enterprises. The partnership currently supports over 200 businesses across 8 continents.
· Heineken developed a sustainable local supply chain for Sierra Leone Breweries Ltd, the local subsidiary of Heineken in Sierra Leone, to help local sorghum farmers compete against imported grains. The company has adopted an Africa-wide strategy to procure at least 60 percent of their raw materials locally.
· LifeSpring Hospitals provides low cost, high quality maternal care to low income mothers across India. LifeSpring Hospitals was started as a proof of concept in 2005 and, since then, eight more hospitals have been established. It is a social enterprise with a dual goal of fulfilling its social mission while achieving financial sustainability. As of June 2010, Lifespring has delivered more than 7,000 babies and its doctors have treated over 100,000 outpatient cases at the hospitals chain’s nine clinics.
· Novartis, as of June 2010, has delivered over 340 million of its antimalarial treatments without profit, to more than 60 malaria-endemic countries for public sector use, making Novartis the leading pharmaceutical partner in the fight against malaria. Since the beginning of its Malaria Initiatives program, Novartis has pioneered access to medicines in the developing world through an innovative not-for-profit distribution concept, coordination of best practice sharing workshops, development of new formulations and capacity building.
· Nuru Energy, focusing on providing affordable, clean, and safe lighting to people in Rwanda, Kenya and India without electricity, Nuru Energy also offers an income generating activity for rural entrepreneurs. Each entrepreneur sells Nuru’s LED-based portable lights and then charges the customers a small fee to recharge them. The income launches an entrepreneur out of poverty, giving them close to 10 times the average income, while saving customers 90 percent on lighting costs.
· Reuters Market Light developed a mobile phone-based, easy to use, professional information service specially designed for the Indian farmer community. Through sharing, it is estimated to have been used by over a million farmers in over 15,000 villages, helping them reap significant return on their investment and increase efficiency.
· Royal DSM focuses on the creation of innovative and targeted solutions specifically designed to meet the nutritional requirements of those in the developing world. Its Nutrition Improvement Program concentrates on food fortification (flour, sugar, oil, rice) in order to provide the consumer with access to a low-cost alternative to food variety and better nutrition. To date, approximately 2 million people globally have been reached through this program.
· Walmart Mexico, the Company’s Indigenous Product Commercialization Program is one of the first food security programs of its kind in Mexico geared towards impoverished families. It offers poorer producers the opportunity to sell their products in Walmart stores by providing transportation, distribution, logistical and capacity-building support.

An International Judging Panel made up of representatives of the organizers and leaders of non-governmental organizations, universities, business entities, and international agencies determined this year’s winners.

The report can be downloaded here http://www.growinginclusivemarkets.com/mdgreport