What Is the Best Way to Measure Innovation? 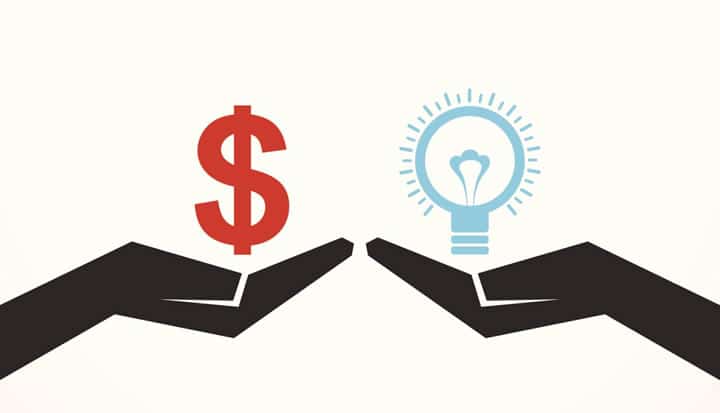 What Is the Best Way to Measure Innovation?


Commenting on the state of innovativeness, Peter Thiel, founder of PayPal and legendary Silicon Valley investor, remarked, "We asked for flying cars. Instead, we got a hundred and forty characters."

Silicon Valley is, of course, obsessed with cars of many kinds - self-driven, electric, enabled by commands and software downloads from a mobile phone. The urge to be airborne has been channeled primarily into recreational UAVs, or drones, thankfully. Given that so much of Silicon Valley travels in company buses (arguably, a more efficient and greener mode of transport than any of these alternatives) I am a bit alarmed at the prospect of a proliferation of new car options, of either the self-driven or the flying kind. Is there an urgent need for either?

Speaking of urgent need, let's talk about flying toilets. As more of the world's population migrates from rural to urban areas, living conditions are getting more congested around the world. In few places is the congestion as bad as it is in Kibera, East Africa's largest informal settlement. There is no space for 20th century sanitation systems in Kibera and its residents do not use toilets. So, Kibera's residents use plastic bags to "do their business" and dispose of it by tossing them - the flying toilet. Quite apart from the indignity and inequity in a world where indoor plumbing and toilets have made their way into everyday existence of residents of the industrialized world by the early 20th century, the flying toilet is a potent carrier of disease. Displacing this status quo with an alternative that works is a challenge for any innovator interested in solving a hard problem. It is hard to question the urgency of the need in this case.

This brings me back to the question of the state of innovativeness. Besides looking for flying cars, is there a reliable "index" of innovation that tells us how we are doing and what more we could be doing and who should be taking action? We have been having a robust discussion on this topic in the World Economic Forum's Global Agenda Council on the Economics of Innovation, of which I am a member. Assuming a broad definition of innovation, as the creation of extraordinary new value in extraordinary new ways, I have three general observations on the issues:

1. Ideally, an index of innovation would capture both the outcomes -- the extraordinary new value -- and the various inputs -- the extraordinary new ways -- that are combined to produce the outcomes. In considering the many innovation indices that have been produced by various institutions (including my own), they overwhelmingly rely on inputs, such as patent activity, R&D expenditures, venture capital, public policies, etc. The outcomes side of the equation is still under-represented in the 20 indices that our Global Agenda Council has analyzed. Only 3 consider sales of new-to-market or new-to-firm innovations and only 5 consider new products and services introduced. Tracking such input-heavy indices can lead to distortions in decision-making. Policy-makers and executives who wish to raise their nation's standing on the index league tables may be led to investments in patent filings, R&D expenditures and initiatives to create home-grown versions of Silicon Valley or "innovation clusters." In the vast majority of cases, such investments have been mis-directed and have not produced commensurate results on the outcomes side. This must, of course, be a source of frustration for all the decision-makers concerned.

2. There is a parallel conundrum within companies. While most organizations track the percentage of revenue invested in R&D or new product development or even in M&A activity involving "innovative" companies, there is a risk of too much of the focus being skewed towards inputs rather than towards a better understanding of how inputs combine to create the desired outcomes. I have come across many companies that do, however, track the number of new product introductions or the percentage of sales accounted for by products introduced in the past 3-5 years -- and even reward managers the basis of such metrics. The dangers of such measures are that managerial incentives can be distorted by such metrics; managers feel pressure to introduce new products with greater frequency and, as a result, there is a bias towards rewarding incremental change rather than encouraging risk-taking and experimentation, or investments in true breakthroughs and more holistic, comprehensive and substantive innovations. The focus on new products as a potential measure of innovation also runs the risk of de-emphasizing innovations in business model and process that are so essential in today's competitive markets.

3. I was at the Skoll Awards for Social Entrepreneurship event in Oxford recently and was struck not only by the extraordinary work being done by the awardees but also by how each of them communicated the measure of their impact. Consider three awardees, Educate Girls: Over 80,000 out-of-school girls enrolled in school with 87 percent retention and an increase in 35 - 60 percent in learning outcomes; Blue Ventures: over 75 communities with 40,000 people working on local marine conservation to manage and restore 5,857 square kilometers of ocean and marine habitat; Institute for Public and Environmental Affairs: over 3 million downloads of an app that monitors air and water quality in 380 Chinese cities, 9,000 industries among which 2,000 have already dealt with their pollution challenges and 400 have had to explain their pollution and take steps to reduce it. Each of these initiatives had the courage to take on very large problems involving unmet need of local and global significance.

Listening to the impact of the Skoll awardees certainly made me think. Perhaps we have been chasing the wrong measures. We have, indeed, been obsessed with flying cars and measuring how many such fantastical objects we have been producing or attempting to produce by pumping money into technology, patents and start-ups. The Skoll awardees each took on challenges that we are still far from overcoming: girls' education, marine ecology conservation, curbing industrial pollution. They remind us that there still are far too many flying toilets: there is immense unmet need, and, in many cases, the need is growing as a result of economic development. Can we create an index based on how much of the gap we have closed? How many flying toilets have we replaced with real ones?

The year 2015 is when new global targets -- the Sustainable Development Goals -- are launched. Can we measure countries -- or organizations -- in terms of how much progress they have made by innovating to close the gap in getting to these goals? Of course, a key challenge will be to tease out what is the contribution of innovation versus that of, say, policy changes, investments in key sectors, and other forms of progress that would naturally flow from the process of economic development.

Let's call it the "flying toilets index". There is no question that innovation will be central to how we close this and other key gaps. The more flying toilets eliminated by innovative solutions gets you to a higher rank on the index.

How do we implement this? It is important we do. Otherwise, we may continue to chase fantastical objects and end up saying: "We asked for the end of flying toilets. Instead, we got flying cars."

Oh, Peter, we already have flying cars, in case you wanted to get one: http://www.terrafugia.com/.

Help us move the needle by telling us how you initiate and evaluate such "flying toilet" innovations through the sustainable and inclusive business activities at your organization: take a survey conducted by The Fletcher School in collaboration with the Citi Foundation.

Bhaskar Chakravorti is the Senior Associate Dean of International Business & Finance at The Fletcher School at Tufts University and the founding Executive Director of the Institute for Business in the Global Context. A member of the World Economic Forum's Global Agenda Council on the Economics of Innovation, he is the author of the book, "The Slow Pace of Fast Change."

This blog was previously published on Huffington Post and is reproduced with permission.