We All Want to Change the World 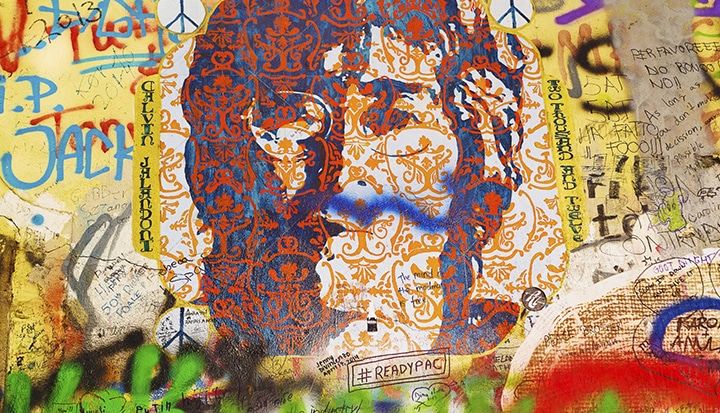 We All Want to Change the World


On October 8, Mark Kramer of FSG and I are set to go head-to-head in a debate hosted by Barclays, the banking group, at the British Library in London. The event’s title: “Is CSR Dead?”

Corporate Social Responsibility has had a tough few years. It has weathered the financial storms but has been challenged by those who want business to move beyond transparency and stakeholder engagement to new business models designed to meet unmet societal needs.

The pace of change in the wider world raises three linked questions: (1) Can the CSR and Shared Value movements—severally, or working together—be truly radical, helping to change the economic system? (2) In the process, can we co-evolve new management tools that capture value creation (and destruction) across multiple forms of capital? And (3), in service of both the above, can we shift from incremental to exponential business models in the face of increasingly systemic challenges?

Reading the Fortune Change the World List, in which FSG and the Shared Value Initiative contributed research, it would be tempting to answer both questions with an emphatic: “Yes, of course! Look about you! The future’s already here.” Tempting, but potentially misleading.

Fortune’s publication of the List is very much in the spirit of its support for social and environmental ranking initiatives over the decades. Better still, this latest initiative is important, timely and provocative work. It should help the boards and C-suites of a growing number of companies to navigate their way through the emerging demands for responsibility, accountability and, ultimately, sustainability.But there are three linked challenges for us all, if we want to get on-course for the sort of breakthrough change now to create shared value not only for today’s economic actors but also for tomorrow’s.

Challenge 1: Can we be truly radical?

In their Fortune article introducing the List, Mark Kramer and Michael Porter note that a growing number of companies are “demonstrating the radical idea that companies that tackle social problems through a profitable business model offer new hope for innovative and scalable solutions.”No disagreement there, though obviously it’s a matter of degree. Few companies prosper for long if they don’t produce shared value of some sort.

A company like Nestlé, which pioneered the shared value movement, insists that it has been creating shared value since its precursor company was founded in 1866. Many companies would argue the same—and with some justification.
You could even describe big companies like Nestlé and Unilever as social enterprises operating at scale, given that they address areas of need that once went unmet.In the same spirit, as FSG and others have encouraged, we should be looking at the future needs flagged in United Nation’s new Sustainable Development Goals as tomorrow’s market opportunity briefs. This is a process that Sustainia has begun with its Global Opportunity Report series and Volans is edging into with our Breakthrough Forecast.

None of this is guaranteed to switch capitalism onto more sustainable trajectories, of course, particularly if we fail to change the way that we regulate the far-flung operations of business, do our accounting, value natural resources, run our stock markets and financial institutions, conduct our economic analysis and do the wider politics. To ensure that we create shared value for all generations, “radical” must come to mean challenging core values of capitalism—and, in the process, the institutions and rules that shape it.

Most of us don’t read the small print on health labels on packages, bottles or cans—and, similarly, most of us don’t spend much time considering the qualifications that accompany rankings like the Change the World List.

The qualification that some of the top-ranked companies may be tempted to overlook is explained by Porter and Kramer as follows: “This list is not meant to be a ranking of the overall ‘goodness’ of companies or of their ‘social responsibility.’ Big corporations are complex operations that affect the world in myriad ways. The goal here is simply to shine a spotlight on instances where companies are doing good as part of their profit-making strategy and to shed new light on the power of capitalism to improve the human condition.”

Clearly stated, but the potential for misinterpretation can be easily demonstrated. Take the #4 listing: Walmart. The giant retailer is justly celebrated for its efforts to boost the resource efficiency, and shrink the environmental footprint, of its myriad supply chains. (The fact that much of the strain and pain is cascaded to suppliers is for the suppliers to worry about.) But who is the leading US gun dealer—even now they would no longer sell AR-5 assault rifles? You guessed it: Walmart.

Clearly ‘value’ is complex, and markets are too, but we must raise the level of ambition in future iterations of the List. ‘Win-Win’ outcomes are devoutly to be desired, but for truly sustainable outcomes we need triple win strategies and outcomes—or ‘Win-Win-Win,’ as I explained in a California Management Review article way back in 1994/1995. That said, the ultimate challenge is not to pick between single, double and triple bottom line approaches, for example, but instead to work out how tomorrow’s capitalism can better serve the sort of needs flagged by the United Nations Sustainable Development Goals.

Challenge 3: Can we move the needle from incremental to exponential?

But what does this imply for the CSR vs. Shared Value vs. Sustainability debate? Here’s how we think about it at Volans. Our Breakthrough Compass (see below) probes the nature and scale of organizational impacts.

On the horizontal axis, we see the current focus on addressing the “bad,” negative impacts, outcomes and externalities associated with development opening out to embrace new types of “good,” positive impacts, outcomes, and externalities. This looks set to prove a defining challenge of the next decade. The relevant impact methodologies are embryonic—and the flows of investment are very small, particularly when compared with the operations of mainstream corporate venture capital funds and other forms of venture capital.

Usefully, the New Economy era saw a good deal of experimentation in this field, with insightful analysis coming not just from the foundations founded by New Economy billionaires like Bill Gates and Jeff Skoll, but also from people like Kevin Kelly and Peter Diamandis. Such people also flagged a key dynamic that informs our second axis.

On the vertical axis, a huge number of environmental, social and governance (ESG) movements are pursuing an ever-expanding array of solutions for a mind-boggling menu of “Grand Challenges,” from water security and climate change, through overfishing and plastic pollution of the world ocean, to new forms of economic and environmental migration.
In the same way that we must now shunt activity sharply from left to right on the horizontal axis of the Compass, so we must transform the scale of our solutions to ensure that they tackle challenges that are increasingly systemic in nature, not simply creating increasingly complex patches for a failing system.

In terms of where we are headed, we focus on three future scenarios: Breakdown, Change-as-Usual and Breakthrough.

You say you want a revolution

Maybe you recognize the main title of this piece? It’s a line from The Beatles’ 1968 song, "Revolution." They had set up a pioneering social enterprise called Apple Corps (very distinct from Apple, Inc., as the respective lawyers will no doubt tell you) to fund good works. They were promptly overrun, as the song protests, by earnest folk waving their copies of Chairman Mao’s Little Red Book.

Everyone wants change of some sort, including the likes of Islamic State. But we are in a very different space from the late 1960s, with much broader acceptance among thoughtful business leaders that a range of energy security, climate security, water security and food security issues now threaten to destabilize the global economy.

The innovations spotlighted in this first version of the Fortune List spotlight approaches that should be much more widely known and emulated. But the three challenges sketched above suggest a wider context within which future shared value propositions and outcomes might usefully be considered.If tomorrow’s Shared Value can be created right across the triple bottom line of economic, social and environmental value created (or destroyed), our prospects of a genuinely sustainable future will be immeasurably enhanced. And I have every confidence that future rounds of the Fortune “Change the World” List can powerfully spur tomorrow’s most important transformative processes.

John Elkington is co-founder and Executive Chairman of Volans. His latest book, The Breakthrough Challenge: 10 Ways to Connect Today’s Profits With Tomorrow’s Bottom Line, is co-authored with Jochen Zeitz.