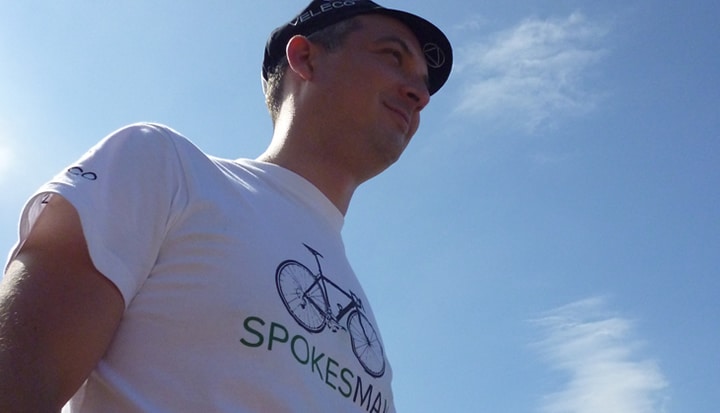 
VELECO the world’s first Fair Trade and eco­‐friendly cyclewear company, based in Brighton, UK have launched an exciting new Kickstarter project to raise £20,000 in just 30 days (up till 4 July). We join a growing trend of eco start­‐ups and entrepreneurs who are using crowd funding to reach new customers and generate sales.

Kickstarter is the world’s largest funding platform for creative projects; 4.2 million people have pledged over $641 million, funding more than 42,000 creative projects. VELECO set their own project's funding goal and deadline. If people want to support the VELECO project, they can pledge money in exchange for different packages of their eco and ethical cyclewear; to make the whole the project finishes. If the project falls short, no one is charged. So VELECO face an all­‐or-­‐nothing race for funding on Kickstarter.

We’ve come up with some fantastic options for people that support us on Kickstarter, including a new tailored cycling jacket available in lime green and black made from recycled polyester (that was once 12 plastic bottles), urban cycling shorts made from an organic cotton blend and a new range of carbon neutral cycling t-­‐shirts and hoodies. And as a thank you to our supporters we’ve discounted the full range.

Launched in October 2012 VELECO is different to other cyclewear brands as they use natural or recycled materials wherever possible, they pay their workers a fair wage and a Fair Trade premium on every jacket, short and cap produced which goes into a health and welfare fund for their workers.

As a self­‐funded start up we don’t have large marketing budgets so Kickstarter is a fantastic way for us to reach cyclists across the world, and it’s a great way to build relationships with new customers who we can discuss designs with.