Vegetable Seeds - Growth in Nutrition and the Economy 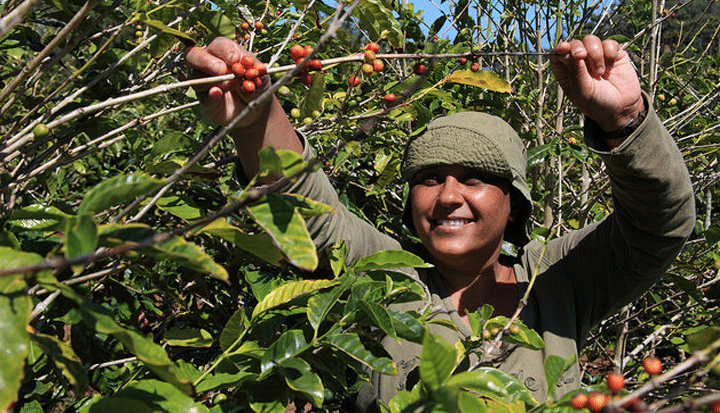 Vegetable Seeds - Growth in Nutrition and the Economy


At the wholesale market in Arusha, Tanzania, it’s all about tomatoes. Everywhere you look, there are stacks of wooden crates piled high with the crimson orbs, ready to be packed onto trucks and driven off to the capital, Dar es Salaam, for distribution throughout the region.

The thriving tomato trade is among the most visible success stories of AVRDC, or the World Vegetable Centre, the main Africa office of which is located just a few miles away. Founded in Taiwan in 1971—as the Asian Vegetable Research and Development Centre – the international non-profit aims to increase yields of vegetables for farmers in the developing world. Rather than focus on the supreme staple, AVRDC respects the vegetable.

With some 60,000 lines, its Taiwan facility is home to the largest vegetable seed bank in the world.

In the late 1990s, explained Thomas Dubois, AVRDC’s Regional Director for Eastern and Southern Africa, who oversees the Arusha office, the organization released two improved tomato varieties, Tengeru 97 and Tanya. (With nearly 2,500 accessions, the Arusha centre is the largest vegetable seed bank in sub-Saharan Africa.) AVRDC had bred the vegetables for improved pest and disease tolerance, a thicker skin (to reduce transport damage), and a longer shelf life. Since 1997, tomato production in the region has increased by 40 percent, and today more than 90 percent of the tomato fields in the country are planted with the two varieties. “All the tomatoes you see here,” said Dubois, “with a few exceptions, are Tengeru 97 and Tanya.”

Major companies have commercialized the varieties, and they are now popular all over East Africa. But AVRDC is also in evidence at the local market, where women sit by flat baskets of spider plant, amaranth, African nightshade and other indigenous vegetables. Long ignored by mainstream agriculture, these plants are a rich source of protein, calcium and micronutrients, and they have the advantage of being hardy and drought-tolerant. In addition, their growing cycles are shorter than those of such staple crops as maize and rice. Over the last 15 years, an increased awareness of the nutritional and other benefits of these vegetables has resulted in growing demand for high-quality varieties of them. AVRDC oversaw the selection of four improved lines of amaranth, for example, with softer, sweeter leaves. The plants, which can be harvested in as few as 21 days and which cook quickly (reducing both labour time and fuel consumption), are now grown by small scale farmers throughout the region.

African eggplant, too, once derided as “food for the poor,” has become a market staple. Wandering the stalls, visitors pass mound after mound of the small, white skinned DB3 variety released a few years ago through AVRDC by the Tanzanian Horticultural Research Institute (HORTITengeru) and popularized through demonstration plots and agricultural fairs.

These sweet, ovoid vegetables can be harvested every week for seven months and produced for up to 15 months, cutting across the hunger season, when nutritious crops are often not available. Once it has successfully bred vegetables with the desired agronomic attributes, AVRDC oversees the production of high quality “breeder seeds,” which eventually are passed on to the Agricultural Seed Agency (ASA) of Tanzania, for bulking up. National governments can access and officially release the seeds, and private companies can buy the bulked-up seed and grow it out for sale. There are whole villages around Arusha, Dubois said, where farmers grow tomatoes, amaranth and African nightshade not to eat but to sell to the region’s many seed companies.

Back at the AVRDC, Dubois led some visitors down freshly painted halls to the chilly seed-preparation room, where metal shelves stand packed, floor to ceiling, with yellow and green plastic crates holding plastic bags of seeds. Laminated signs feature photos of both plant and seeds. Dubois handed us some small yellow packets labelled “Healthy Diet Gardening Kit.” The organization collaborates with NGOs and other partners to disseminate its packets in disaster-relief and post conflict situations, including in refugee camps. “That’s the beautiful thing about vegetables,” Dubois said. “You can grow them anywhere. You can grow them in your backyard, even on your terrace.”

Recipients are trained in planting, harvesting and cooking the vegetables; each packet enables a family of eight to have nutrition year-round. A new program, Vegetables Go to School, currently under implementation in six countries, employs the seed kits to promote school gardens and educate children about the importance of eating vegetables. Next, Dubois led the way into a greenhouse—closing the first screen door before opening the second, to keep the insects out—where scores of trays of African nightshade crammed the long tables. The formerly overlooked vegetable is increasingly in demand for its high beta-carotene content. Women in tall rubber boots transferred wispy spiderplant seedlings into little plastic pots for transplanting to the centre’s adjacent eight-hectare farm. The centre involves growers in every step of its research, Dubois said, from breeding to marketing.

“The knowledge of the farmers is very rich, so we have to exploit it. Where we may see the yield alone, they see the taste. These are the first grafted tomatoes in Tanzania,” Dubois said, pointing to a row of white plastic containers lined up on the periphery of the greenhouse. “

The centre is working on grafting tomato plants on to eggplant rootstock, which is resistant to the pests, diseases and drought that tend to rot the tomato root at certain periods of the year. Successful grafting should allow farmers in Africa to grow them even in the off-season. (Where AVRDC introduced the same grafting in Thailand and Vietnam, the adoption rate reached 100 percent in just a few years.) Out in the field, Dubois, a bioengineer from Belgium with a penchant for funky eyewear, pointed to the African eggplant—both the smaller orange variety used for seed production, and the white DB3s now in vogue among the region’s farmers. The visitors walked past cowpeas drying on a tarp in the sun and into a cement-processing building where three women cleaned seeds for grain and leaf amaranth. Over the last decade, the high-protein grain has made huge inroads in neighbouring Kenya, where women routinely mix it with maize flour for more nutritious porridges, chapattis and baked goods. (Though a facility on the campus features state-of-the-art PCR machines and other equipment for nutritional assessment, most of that work currently is done in the Taiwan office. Dubois hopes to change that in the future.)

But seed production and dispersal are just one part of the picture. AVRDC also focuses on what happens after vegetables are pulled from the field, in part through its Post-Harvest Training and Services Centre (PTSC). Dubois demonstrated a few of the cooling systems on display, including a low-tech version incorporating sand and two layers of bricks, and a nylon-tent-looking model known as the Wakati 1 that was recently introduced by a young Belgian entrepreneur. Driven by solar power, the low-cost contraption significantly extends the life of vegetables, enabling growers to maximize their profits.

Every couple of weeks, the PTSC convenes farmers and others for training sessions on cooling, preserving, processing, cooking, transporting and packaging vegetables. Staff nutritionist, Roseline Marealle, demonstrated a range of harvesting and preserving implements and directed our attention to the range of value-added products on display, from mango chutney, hibiscus jam, and tomato paste to carrot and amaranth powders and dried African eggplant. The centre also sells and rents packaging supplies, insulated cool boxes, cleaning supplies and other post-harvest tools.

The challenge now, said Dubois, is to better measure the nutritional and economic impact that AVRDC’s vegetables are having on families in the region and beyond. “Getting the numbers is very difficult,” he said, particularly when it comes to private seed companies. “But we are a non profit and for the public good. So as long as we know they are out there, we are happy.”

Editor's Note: This case study is published in GAIN’s report, Cultivating Nutritious Food Systems: A GAIN Snapshot Report, authored by Bonnie McClafferty, Director of Agriculture and Nutrition. This report, the first in a series of snapshot reports, follows nutrition along the agricultural supply chain and explores the success stories and challenges where agriculture and nutrition are working together. It will be published on 7 November.
Previous postNext post