Upgrading in value chains: the basis for a new book, 'Markets and Rural Poverty'. 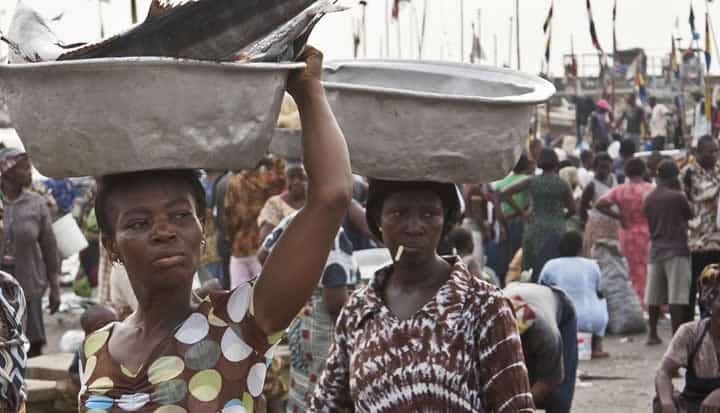 
The value chain analysis and development approach has been a third sector staple for some time now but, frankly, we need to be candid about the fact that we have not been terribly good at it to date. It is very difficult to find reliable, robust evaluations of the effectiveness of value chain interventions because the implementing party’s continued funding streams depend upon demonstration of positive impacts. This reality has several implications:

It was partly due to this paucity of empirical evidence that the International Development Research Centre (IDRC) funded the ODI commission and manage seven value chain upgrading action research programmes in Africa and Asia. The selected projects included staple crops (cassava in Tanzania and fonio in Mali), farmed and capture fisheries (Pangasius catfish in Vietnam and octopus in Senegal), horticulture (kalamansi in the Philippines) and non-timber forest products (bay leaves in India and Nepal, and incense sticks in India). Each team designed interventions with the aim of addressing poverty, environment and gender related issues in their selected value chain.

The conceptual basis for the interventions was that of ‘upgrading strategies’ – broad kinds of activities that improve the efficiency and competitiveness of the value chain. These comprised:

In addition, the projects examined the external policy, legislative and institutional factors that affected the target value chains. Traditionally, the effectiveness of many value chain development initiatives has been monitored at the level of that value chain, using indicators such as farm gate prices, productivity, numbers of participants and volumes of product flow. However, we looked at targeted value chains in the context that they represent only part of a household’s economic activities, and that households interact together to form communities. Only when this level of understanding has been achieved can true insights be gained into outcomes for poverty, environment and gender issues.

In addition to the commissioned studies, we systematically reviewed evidence for the effectiveness of upgrading strategies in terms of poverty, environment and gender-related outcomes. This was for two main reasons – first, although wide in scope both geographically and in terms of value chains covered, our seven action research projects did not represent all of global practice. Second, our research team partners varied widely in their capacity and sometimes implementation was patchy, resulting in poor quality and limited data.

The resulting synthesis – our new book Markets and Rural Poverty: Upgrading in Value Chains – may be summarised in five very broad conclusions:

1. Upgrading can raise incomes both at value chain and household levels, but these gains are often marginal and modest in relation to investment made. Measurement of income and its attribution to any one particular intervention, or group of interventions, is notoriously difficult. However, much of the available recorded evidence did not go beyond the value chain level to consider spillover effects or how changes in the focal value change interacted with other household activities. Similarly, women were said to have been ‘empowered’ by income gains but only rarely was consideration made regarding whether they kept or controlled that income, or the implications for household and community level dynamics. Interventions focused upon production nodes are unlikely to have the same transformative potential as those acting upon the downstream demand end of chains, such as the Dutch Sustainable Trade Initiative programmes.

2. Government policies and legislation can be disabling even when intended to support sectoral growth and development outcomes. Examples include the maintenance of floor prices that resulted in producers’ outputs going unsold, the use of agricultural commodities as ‘cash cows’ through burdensome taxation and licensing systems, conflicts of interest between representation and regulatory roles, mismatches between subsidy support and taxation of income, and a confusion between the appropriateness of ‘enterprise development’ initiatives and simple social protection measures.

3. Insufficient priority, analysis and thought are invested in the initial choices of chains for development. For example, if gender or environmental impacts are sought, choosing currently poorly performing chains may maximise scope for improvement. However, if, as is typical, resources are modest, one needs to be realistic about what can be achieved and select commodities and sectors that represent a ‘head start’. The default ‘Holy Grail’ markets for poor producers are widely held to be those for high value (often niche) export products. These are fraught with risk, high costs and technology barriers; often, local and regional markets represent better options for poor producers, particularly with the development of emerging markets through urbanisation and growing middle classes.

An allied issue is that of picking winners. Development agencies do so all the time by choosing to work with one group over another and thereby handing them an advantage. Value chain development was born out of competitiveness – it has rivalry at its very heart – therefore, there will always be winners and losers. It is a certainty that remote rural areas in developing countries are not populated entirely by latent entrepreneurs. We need to think rather more creatively about how to engage with these populations; supporting owner-operator style enterprises, both on- and off-farm is one way of doing so, but there are many others.

4. Joint working can leverage benefits through economies of scale, cost sharing and increased power for groups of actors. For example, gender dynamics can be changed through women acting together. However, the link between these interventions and outcomes is not a given and tick-box ‘default’ strategies such as quotas for female membership should never be assumed to result in the desired outcomes – thoughtful, robust and comprehensive analysis of each situation and its socio-political context is required. Similarly, institutions can be formed to address natural resource management problems, but the almost monotonous failure rate of such attempts (due to an enormous range of factors described in a huge body of research) is testament to the difficulties involved in sustaining them, particularly in the absence of central government support and full buy-in from all stakeholders.

The effectiveness of any institution is heavily dependent upon the quality of its leadership. In addition, local institutions are more likely to work well if they are formed along existing social networks and using social, rather than physical, capital in the selection process. Groups are necessarily exclusive. Not only is this not necessarily a bad thing, it is often a necessary thing. The issue, however, is what to do with those left behind?

5. In the absence of a strong business case for the integration of the rural poor in value chains, there is a risk of causing harm because any successes and gains will likely be transient and unsustainable. When project subsidies and services are withdrawn the value chain needs to be able to sustain itself, and to innovate in order to remain competitive. Value chain practitioners tend to be far more comfortable working with producer groups on supply side issues than engaging with large scale businesses toward the demand end of the market. Many still baulk at the very idea that private firms may gain from interventions in addition to their target groups. However, without the win-win there is no prospect of success.

Our book describes these issues in greater detail along with the evidence that supports the assertions I make here. However, we are already working on the evolution of these ideas in the dynamic and rapidly evolving space that is social, economic and environmental sustainability of supply chains. Find out the latest developments at our private sector development portal.