Unilever: Facilitating Trade in West Africa with Governments and the World Bank 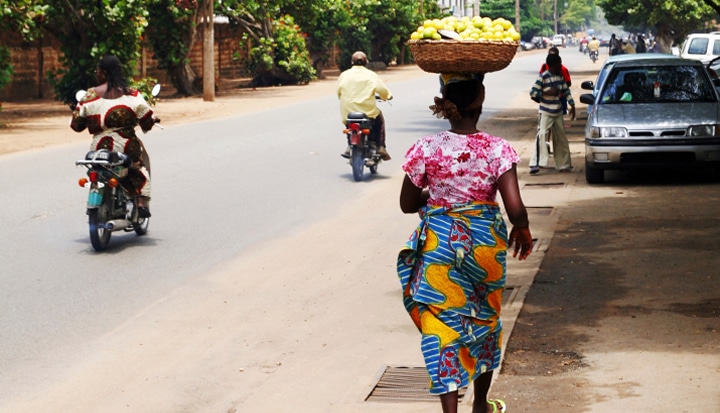 Improving regional integration and trade in Africa is pivotal for business to achieve bigger and more competitive markets, delivering economies of scale which are translated in to enhanced benefits to consumers through better, more innovative and cheaper products. Trade and regional integration is also critical to boosting investment in agriculture and enabling the creation of value added markets along the agri-food chain.

For both large and small companies in Africa, the barriers to cross border trade are significant and well documented. The existence of multiple trading blocks disrupts the cross-border flow of goods, and existing trade agreements are either not in place or not being implemented. Limited improvements in customs facilitation, a wide range of non tariff barriers and a lack of standardised documents and procedures all contribute to the cost and complexity of doing business.

Hard infrastructure continues to be a major constraint. At Lagos port for example, congestion and slow clearance procedures can lead to fourteen weeks clearance time, with vessels sometimes queuing for up to three weeks to unload. A similar picture also emerges at other African ports. It can take six weeks to clear containers in Mombassa and four weeks in Abidjan. Rail systems, despite offering a cheaper alternative to road, are slow and vulnerable to product theft.

Examples of progress are starting to emerge that demonstrate that it is possible to find solutions to these challenges. For example, in Uganda, a “green” customs channel has halved transit times between Nairobi and Kampala, enabled by strong co-ordination between government institutions involved in cross-border movement of goods, and the use of technology to speed up regulatory processes.

Unilever has been operating in Africa since 1903, and today is present across the continent, primarily manufacturing goods locally for distribution across African markets. In West Africa, Unilever has been working with a business coalition of companies, the World Bank and customs organisations of five countries under the ECOWAS umbrella to identify ways to improve customs administration along the Abidjan-Lagos transit corridor, which stretches for 940 kilometres, linking Abidjan in Côte D’Ivoire to Lagos in Nigeria, crossing through Ghana, Togo and Benin. Currently, it is more expensive and takes longer to move a product from Abidjan to Lagos than to import the same product from China or India.

The route has five customs points and partners have been examining potential options for a green channel/ fast track mechanism for Authorised Economic Operators (AEO), to enable reliable economic operators to be granted authorisation, on a case by case basis, for more simplified and streamlined customs procedures.

By creating a platform for open and transparent dialogue, the project aims to establish voluntary standards for private companies involved in the scheme, leading to a formal certification mechanism. Customs administrations would then be able to assess these proposed standards against their own internal compliance criteria.

As the project develops, partner roles are becoming more clearly defined. Businesses in the region, who are participating in the dialogue, could form a grouping of acknowledged compliant operators to potentially pilot an agreed AEO scheme.

Government bodies will need to provide political support and put in place the enabling legislative and procedural framework for the proposed AEO regime, which will need to be an integral part of their trade facilitation and customs modernisation reforms, currently being supported by the World Bank. Customs administrations will have a key role in designing and implementing the AEO scheme. Although in its early stages of development, the project offers the potential to develop a replicable and scaleable model that could be utilised elsewhere in Africa to help speed up and lower the cost of cross-border trade.