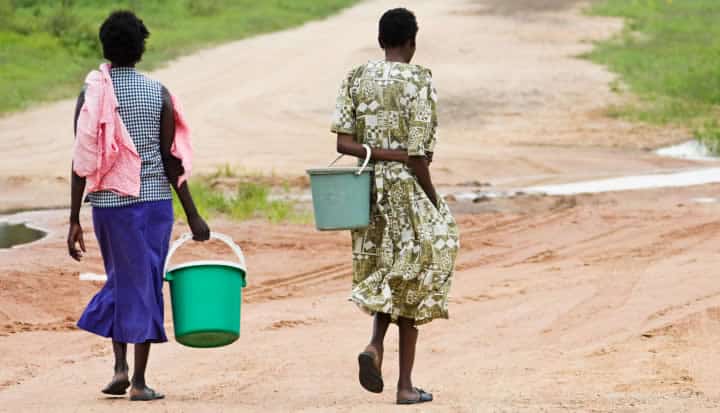 Renz Garcia, The Universities and Councils Network for Innovation for Inclusive Development (UNIID-SEA)

Renz Garcia, The Universities and Councils Network for Innovation for Inclusive Development (UNIID-SEA)


It is not surprising that people living below the poverty line are paying more for utilities, not just in money but also in time and effort, than wealthier families. Imagine a father lining up for hours just to fill two buckets with water in a nearby well. That time could have been used in a more productive activity that could increase his income or skill. In addition, these households are prone to exploitation by informal providers of utilities. According to the United Nations Development Program (UNDP) Human Development Report, poor households in Metro Manila prefer buying water from middlemen because they cannot afford the initial cost of setting up house connections. Imagine how many more households would benefit if a business model reduces, or completely removes, that barrier. This is just one example of the many barriers that make the needs of BoP households unmet. This is why there is an increasing number of ventures that recognize this opportunity from the needs of the BoP.

This seems to be a very promising opportunity but crafting a business strategy that will actually fit and survive with this audience is not an easy task. It is a misconception that the task of ventures targeting the BoP is just to slash prices so their products will be more accessible. It turns out that this audience is more complex than that. The amount of income is not the only factor that differentiates them from conventional markets. For instance, ventures need to understand that the BoP is composed of people without regular jobs and with unpredictable salaries from a variety of sources. In addition, they do not have access to conventional financial tools such as services from banks.

Niti Bhan, of Emerging Futures Lab, and her team initiated a study that started from the realization that assumptions of current BoP ventures need to be challenged and evaluated. Recognizing the success of the prepaid model in the telecommunication industry, they developed a study, incorporating methods of design ethnography, in order to gain insights on financial management of the BoP. They studied how the BoP deal with uncertainties in their income and how they manage their assets. Their study is just the start of many more researches needed to further gain insights on consumer behavior of the BoP in order to make BoP ventures survive.

The study by Niti Bhan and co-workers used design ethnography as the main methodology in understanding the BoP's financial management and consumption patterns. This process allows the researcher to deeply comprehend the reason why people act the way they act in their specific context. For instance, Bhan’s research was conducted in rural areas in India and the Philippines. The said study conducted personal interviews instead of giving out questionnaires in order to account for important factors such as social norms.

Their questions focused on four main aspects: income volatility, emergency expenses, major expected expenses, and income flow pattern. They found out that BoP from rural Philippines, India, and Malawi readily converts their cash into tangible forms of savings, insurance, or investments. For instance, cash is use to buy livestocks that can be sold in case of emergency. In relation to this, wealth is stored in non-cash forms such as food grains. They are also adept in doing cashless payments which is seen as a way of building social proof in rural Philippines. Their way of overcoming the irregularity and uncertainty of their incomes is to maintain various sources of salaries at the same time. For example, a fisherman will apply as a construction worker or a farm caretaker when catch is not abundant. Investing on tangible forms of asset such as rice grains and livestocks as well as maintaining different sources of income allow BoP households to not become overly dependent on one source of income. By maintaining different sources of income, BoP households can minimize the impact of external shocks. These households are also knowledgeable about the time of the year when income is high and when it is low.

These findings will greatly help ventures in designing business models that will better deliver the needs of the BoP. Niti Bhan and co-workers highlighted three important implications for business development: seasonality (of income), cashless methods, and increasing end-user's control. The most obvious example of household affected by seasonality is the farmer where income is greatly affected by seasons of drought or typhoons. Because of this, a subscription-based business model where the user pays periodically (monthly or yearly) for a product would not be preferred. Subscription-based revenue model is common for magazines and cable televisions. Another important factor that needs to be looked at by businesses, according to the study, is the culture of transforming assets into anything but cash. BoP households tend to minimize the use of cash for instance by planting vegetables at their own backyard. Analyzing these non-cash assets will give a more accurate assessment of their purchasing power. The last, but not the least, factor that needs to be considered in business development according to the study is the extent of control of the end-user. One payment model emphasized in the study is the prepaid model in the telecommunication industry. This model eliminates regular fees which is beneficial to people without regular incomes.

Critical insights regarding the financial management of the BoP were successfully gathered from this study. However, this is just the start and further studies are needed in order to challenge business assumptions and to understand the BoP as a complex audience. Applying these insights to the water connection example above, it would be better if there is a different payment model for the initial cost of setting up a house connection in order to accommodate the BoP in the formal economy. In conclusion, identifying barriers and conducting rigorous research will allow BoP ventures to better the lives of the BoP by effectively delivering their unmet needs.

*The study of Niti Bhan and her team was published in Pathways Out of Poverty: Innovating with the Base of the Pyramid in... by iBoP Asia Project.