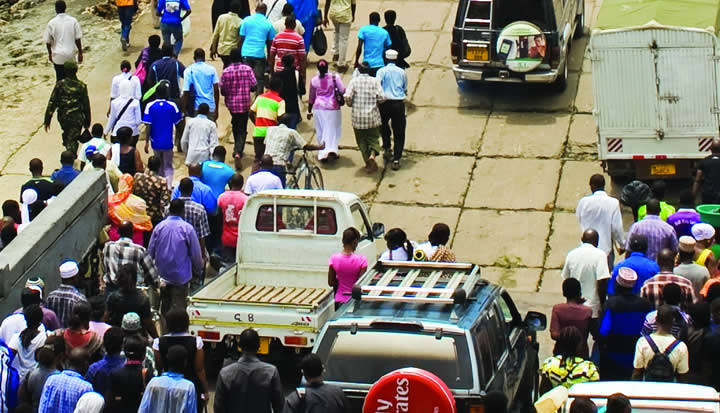 Tony Elumelu, Chairman of Heirs Holdings and founder of the Tony Elumelu Foundation

Tony Elumelu, Chairman of Heirs Holdings and founder of the Tony Elumelu Foundation


Africapitalism. As a philosophical concept, its principle is simple: catalysing economic growth in Africa by focusing on private sector development, knowing that this also creates social returns.

But this simplicity masks a more powerful implication: the potential to transform a continent and put Africa on an equal economic footing with the rest of the world.

Africa offers boundless economic opportunity for investors and entrepreneurs, but it is important to know that this economic growth can, and must be, channelled to solve many of the continent’s most pressing social challenges. We know, and this is increasingly being recognised by all the major actors—governments, the private sector at home and abroad, our international friends—that it is sustainable job creation that offers the road out of extreme poverty, not charitable assistance, no matter how well-intentioned. This belief is the heart of Africapitalism: long-term investment that creates economic prosperity as well as social wealth—a private sector approach to solving some of Africa’s most persistent development problems.

This is not corporate social responsibility, with capitalists and entrepreneurs acting as the economic equivalent of Father Christmas. On the contrary, we know that Africa offers compelling economic and business opportunities that, with the proper approach, can be harnessed to meet a range of social objectives. To repeat my previous assertion, it has become clear over the past decade that private sector development has a much greater potential to improve self-sufficiency and prosperity than charity and development assistance ever have, or ever could. What is needed, then, is a change of perspective.

Unfortunately, the African stories we hear most often centre more on charity, rather than the building of wealth. This is an attitude I and my team at Heirs Holdings hope to change, and I believe we are changing it. Our day-to-day experience shows that Africa’s burgeoning private sector and its growing domestic industries have already delivered significant returns to investors and entrepreneurs. Consider, for example, my own experience, building what is now one of the largest banks in Africa, with 7 million customers, 25,000 employees and operations across Africa and the globe.

In 1997, I led a group of entrepreneurs in the acquisition of a distressed bank, which had shuttered its branches. We did what businesspeople and investors do all over the world: we sat together to craft the vision for the organisation—where we wanted to be, how we were going to get there, which kind of customers we wanted to serve, and what value propositions we would offer these customers. We also innovated, bringing global practices which were the first of their kind in Nigeria, such as a debt-for-equity swap with depositors to attract and grow our capital base. Finally, we rebranded to break with the past.

At the heart of our mission, however, was an important social vision: to democratise the banking sector in Nigeria. In a nation, which at the time had about 110 million people, fewer than 10 per cent had bank accounts. We knew we could do better. There was a huge potential market and untapped demand.

Within less than a decade, we had grown to become one of Nigeria’s top banks, with hundreds of branches, and we were the first Nigerian bank to build a branch network offering real-time, online integration. However, this is not just a case study for corporate success. Structural problems facing consumers in Nigeria began to work themselves out. Parents with children in school in different parts of the country used to have to travel to give their children spending money, or to pay school fees. No longer. They could now manage their finances from the comfort of their homes and offices.

Having an account with us became a status symbol, a badge of progress that you were part of the cutting-edge, new Nigeria. This was especially true among younger customers. Critically, not only were we growing and earning substantial returns for our investors, we were also transforming society by solving people’s problems and improving their productivity, and eliminating the stubborn inefficiencies in what had been a very undemocratic banking sector.

Having achieved much at home, we set our sights on becoming a pan-African financial institution; today the institution that is now called the United Bank for Africa (UBA) operates in more than 20 countries, meeting increasing demand for trade finance, cross-border finance, and overall regional business growth.

Through private sector development, the Nigerian banking sector has become a force for greater entrepreneurship in the economy; human capital development for skilled workers; providing business solutions for consumers and businesses; jobs and wealth creation for tens of thousands of employees and client businesses; and the reduction of trade and business barriers among African nations. Ultimately, it has become a source of financial return for the shrewd investors who stood with us in pursuing our vision of a powerful, vibrant, modern African banking sector.

This type of story is being repeated every day, in all kinds of industries, all over Africa—East to West, and North to South. This tells us at least one thing: Africapitalism works. Yet misconceptions and misunderstanding persist, not just by outsiders, but by Africans as well.

There is an awesome economic force gaining steam in Africa today. Long-term investments in Africa are delivering tremendous commercial and social returns. In doing so they offer a model for a bright future for Africa, and a transformation of the global economy.

Tony Elumelu is an entrepreneur, investor and philanthropist. He is chairman of Heirs Holdings and founder of the Tony Elumelu Foundation.

One response to “Try Africapitalism”