Transparency: Giving Local Communities A Window On The Extractive Industries 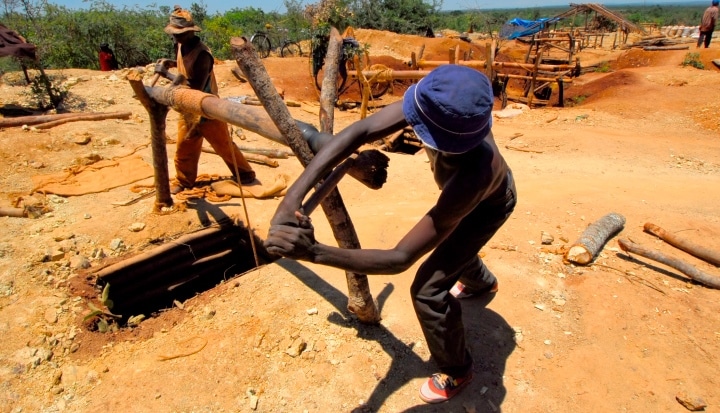 Transparency: Giving Local Communities A Window On The Extractive Industries

A global boom in natural resource extraction is driving foreign investment into some of the world's poorest countries. Economic growth in sub-Saharan Africa will reach 5.2 per cent in 2014, according to a new World Bank report, due to the continent's development of natural resources and infrastructure. This is a huge development opportunity but citizens risk losing out because of corruption and the mismanagement of revenues.

Tax avoidance and opaque natural resource deals costs Africa £25 billion annually, according to the 2013 Africa Progress Report. That's twice as much as the continent receives in aid.

In 2013, transparency rose up the political agenda. G8 leaders announced their commitment to introduce new transparency laws that would require oil, gas, and mining companies to disclose the payments they make to governments at the 2013 G8 summit. Kofi Annan, head of the Africa Progress Panel, also called on African governments to manage their resource wealth for positive transformation, rather than squandering it.

But following the excitement of 2013, the question remains about how to make transparency work for sustainable development, particularly for the local communities living closest to the resource extraction projects.

One of the initiatives seeking to promote greater transparency and accountability in the extraction industries is the Extractive Industries Transparency Initiative (EITI), a voluntary global standard for disclosing company payments and government revenues in order to reduce corruption and promote sustainable development. The implementation of the standards is overseen by multi-stakeholder groups of government, industry and civil society. Currently, 27 countries are compliant with the EITI standard, including Iraq, Azerbaijan, Nigeria and Liberia. And with France, Germany, Italy and the UK declaring their intention to sign up, it is no longer seen as an initiative led by the West to improve governance in less developed countries.

A key EITI achievement is that it has helped to empower and build the capacities of civil society organisations in implementing countries. Yet this is often limited to groups in the national capital, rather than local community residents and interest groups most affected by the resource extraction. And it is still unclear how the EITI has succeeded in reducing poverty and promoting sustainable development as a result of civil society empowerment. While the EITI has empowered NGOs in some EITI countries, civil society is being oppressed outside the EITI processes in others, such as Azerbaijan, where opposition leaders and journalists face political arrest and civil society organisations are restricted from operating freely.

The new EITI Standard, launched in 2013, aims to address some of these issues. For example, project-by-project reporting of revenue flows is now required, which will allow communities to access information about individual projects located close to them.

Making transparency more relevant to local communities could increase its potential to deliver sustainable development and alleviate poverty within resource-dependent countries says a new report that I co-wrote with James Van Alstine of Leeds University. The report looks at case studies from the EITI-compliant countries Ghana, Nigeria, Azerbaijan and Kazakhstan, as well as Uganda, which is considering joining the EITI.

Three key challenges must be overcome if local communities are to adopt the transparency agenda:

Our study sets out recommendations for EITI stakeholders to overcome these obstacles:

The EITI is not the only initiative seeking to promote greater transparency and accountability of resource extraction industries, although its specific rules and enforcing mechanisms are distinct, and analysed in the report. It needs to be seen in the context of other initiatives, including Publish What You Pay, the Revenue Watch Institute, the Africa Mining Vision, and UN human rights and anti-corruption conventions, among others.

These different stakeholders and initiatives, together with EITI-implementing partners, including civil society, industry, donors and governments, must pull together to make transparency really work to reduce poverty and bring about local-level sustainable development.

Emma Wilson ([email protected]) is a principal researcher in IIED's Sustainable Markets Group and leader of the energy and extractive industries team.

This blog was previously published on IIED and is reproduced with permission.