Time for Action on Hunger and Agriculture 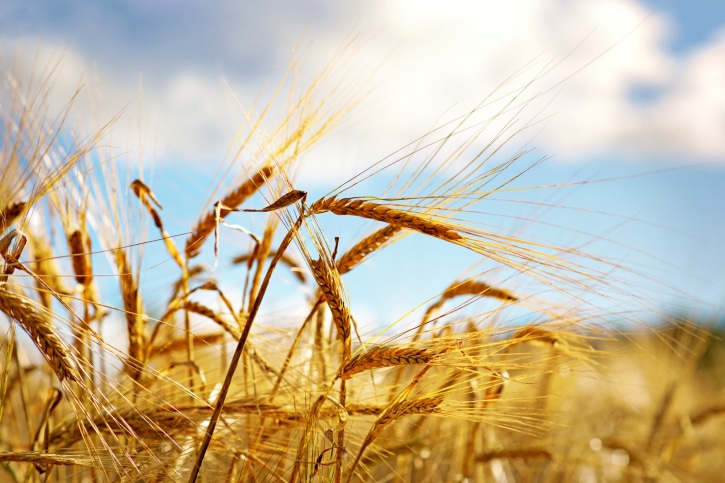 
Nearly a billion people in the world go hungry every day, most of them in developing countries. This is a tragedy and one that should not go on. But what can we do to feed the world’s hungry in a time of growing populations and increasingly strained resources?

The challenge is immense. Weather, pests and crop disease, land degradation and market failures make farming an inherently risky enterprise. Bountiful harvests are no guarantee for prosperity, if a lack of storage forces farmers to sell when prices are lowest, or if inadequate infrastructure limits where they can sell their crops. And too often, farmers can’t access working capital to buy seeds and fertilizer and invest in productivity-enhancing equipment.

It’s time for the international community to do more to help large and small farmers manage these risks and unlock the investment they need to fulfill their productive potential.

For IFC, a member of the World Bank Group, agriculture is a top priority, and we are rapidly increasing investments. In 2012, new commitments reached $4.2 billion, more than double the level of 2011.

Last year, IFC clients reached one million more farmers. This is just a tiny fraction of the hundreds of millions of farmers who need access to credit and other services. Yet IFC investments demonstrate that it is possible through innovation to overcome the barriers farmers face and support even the smallest farmers in a sustainable way. Working together—with financial institutions, trading firms, processors, seed and agricultural chemical providers, governments, civil society and farmers themselves—we can exponentially multiply the number of farmers who get support and increase the influence and impact of our investments.

For example, in January IFC and GAFSP lent Root Capital $10 million. Root Capital’s farmers are trusted suppliers to more than 120 international companies like General Mills, and Whole Foods Market. The new funding will support Root Capital’s expansion in Africa and help it reach 300,000 more farmers over the next four years.

Donors, largely developed country governments, have pledged $1.3 billion for GAFSP. Food consumption is predicted to soar in the middle income countries over the next several decades. It is in the interest of these countries to become financial supporters of GAFSP.

Meanwhile, water scarcity is threatening production in many of the world’s traditional breadbaskets. In China, India, and parts of Latin America, it threatens to undermine the production of rice, wheat and other staples. New irrigation technologies are crucial in halting a vicious cycle where agriculture contributes to climate change and climate change disrupts agriculture production.

That’s why IFC is working with leading companies to develop a Global Efficient Irrigation Program to finance investments in irrigation equipment and services. Agriculture accounts for 70 percent of global freshwater use. This fund will help expand access to the latest water-efficient irrigation technologies to large and small farmers, with the aim of reducing vulnerability to drought and of reducing the agriculture sector’s water footprint.

In Africa and parts of South Asia, where poverty and hunger are most widespread, agriculture investment has been stagnant for the past three decades. It is difficult for farmers to accumulate savings or invest in their future operations. But they do. Farmers are the largest source of investment in agriculture, despite enduring poor governance, weak rule of law, corruption, and weak property rights. Creating a supportive enabling environment for farmers and rural entrepreneurs could be transformative for food production.

This means governments must become more determined about land tenure reform. Reforming land-related governance to protect existing users and customary rights is difficult, but important. In countries where tenure systems are secure, agricultural production is highest. The World Bank and other institutions have the knowledge to support land reform programs.

In Africa, agriculture accounts for just two percent of commercial bank lending. We must work more closely with non-traditional lenders like commodity trading firms, and other financial intermediaries which make it possible to reach more people. Commodities trading firms provide training and finance to millions of farmers. They are the link between small farmers and global food-processing companies like Nestle, Danone and Kraft.

Investments in infrastructure—public and private—can fund the roads, rails, ports, and storage facilities that allow farmers to sell more and waste less. For example, the Indian state government of Punjab successfully implemented a Public Private Partnership for a storage facility for wheat targeted for distribution to a half million poor people each year. The project attracted $7 million worth of private investment.

With access to infrastructure, even the smallest farmers can move from subsistence farming and contribute to global food supply. With the right incentives, we can bring technology innovations more quickly to farmers. Initiatives like GAFSP show how we can bring hundreds of millions of farmers into the global food supply chain. We know many solutions to the problems holding farmers back from their productive potential.

By building on those ideas, we can make major strides in feeding the hungry, and our ultimate goal of eradicating poverty.