The World Bank Unveiled: Inside the Revolutionary Struggle for Transparency 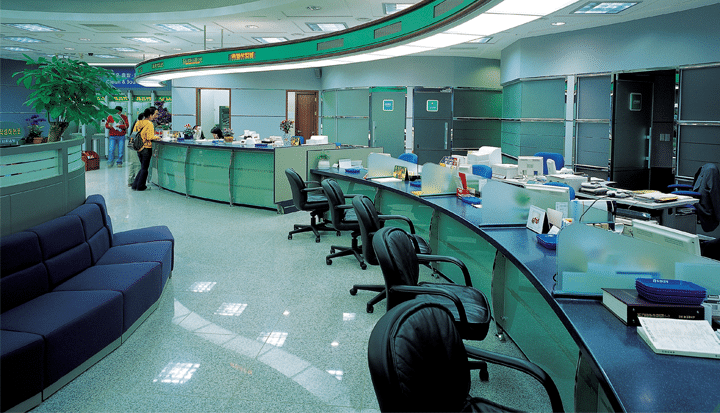 The World Bank Unveiled: Inside the Revolutionary Struggle for Transparency


I thought the Business Fights Poverty community might be interested in a new book I published recently with Parkhurst Brothers Publishing and the University of Chicago Press entitled The World Bank Unveiled: Inside the Revolutionary Struggle for Transparency. The book documents my experiences inside the Bank seeking to reform the institution into one that is more open and accountable to its stakeholders. The book addresses several keys questions: What does transparency mean?; How does the World Bank view initiatives to make it more transparent?; and, How does transparency impact the Bank’s work on poverty reduction?

In the years following the 9/11 tragedy and up to 2008, wealthy donor countries pledged to increase assistance to the developing world but these promises were not been fulfilled. The World Bank, as the key international institution charged with reducing global poverty, has the lead role in advocating on behalf of the poor for greater resources. Yet it was an ineffective advocate during this period. There were three reasons behind the Bank’s failure of leadership: Rich countries were skeptical about the effectiveness of the Bank’s lending; borrowing countries chaffed at the conditions the institution imposed on its loans; and, civil society groups and private citizens didn’t trust an institution they view as having a culture of secrecy, an aversion to openness and a lack of accountability. The World Bank Unveiled is an in-depth analysis of why greater transparency within the institution is critical to the Bank’s ability to reduce poverty. The book examines the structural inefficiencies of the institution and its unique cultural environment to reveal answers and suggest reforms that can improve the Bank’s ability to help the poor.

The UN estimates the repercussions of the global economic crisis may push more than 100 million people below the poverty line of living on $1.25 per day. But the crisis has also put the World Bank back on to center stage. In April 2009, the G-20 pledge to fund it with billions of dollars to combat the effects of the financial downturn for developing countries. The question is whether the Bank will be any more effective in reducing poverty with these new financial resources than it was prior to the economic crisis? These issues are what The World Bank Unveiled addresses. The book examines the inner workings of the organization through one compelling case study. From its trenches, it explores how the institution thinks, operates and acts. Through a more robust understanding of what drives institutional practices, the book seeks to allow a new operational model to be brokered that fosters transparency and accountability and ultimately greater effectiveness.

I invite you to read more about the book at:

There you will also find commentary about the book, excerpts, questions and answers and other materials. In addition, please visit the World Bank Unveiled blog at:

There you can share your thoughts, perspectives and experiences on the Bank and its transparency and accountability. I also invite you to read the comments below that key international development practitioners have already provided about the book. The book is available through Barnes and Noble, Borders, Amazon and the World Bank’s InfoShop (20% off for Bank staff, www.worldbank.org/infoshop). I believe The World Bank Unveiled can have an important, lasting and positive impact on the Bank’s efforts to reduce global poverty. I hope you will agree.

1 - "To many people engaged in the effort to mitigate the effects of poverty around the globe, the World Bank is a black box. Its development contributions and its great potential are hindered by processes and systems that obscure rather than illuminate. David Shaman undertook yeoman efforts to reform the institution, using modern communications technology to achieve more transparency. Now in this superb book, Shaman reveals the resistance he faced and offers important recommendations for reform. He explores the crisis of identity that has plagued the Bank since its creation: Is it a financial institution requiring appropriate confidentiality and the discretion of a bank, or is it a development agency whose mission requires openness, participation and widely-shared results metrics? Shaman leans toward the latter. This view merits deeper reflection and debate which this book should provoke."

J. Brian Atwood, Dean of the Hubert H. Humphrey Institute of Public Affairs, University of Minnesota, and former Administrator of the U.S. Agency for International Development
2 - “Impressive, as it is highly readable while thoroughly researched. Compelling.”

3 – “This is a knock-out of a book. It tells the inside story of how a small group of “guerrilla” staff members, initially working on environmental issues, wheeled and dealed to get the World Bank to accept unedited presentations of its activities both to its own staff and to the wider public. And of how some Bank managers out-machiavellied Machiavelli in their efforts to wrestle control from them so that they could use the technology (webcasting to stream video content over the Internet) to present a more sanitized version of the Bank in line with corporate objectives. I know of no other study which illuminates the “street-level” politics of a multilateral organization so well, or which shows culturally quite different notions of “transparency” and “accountability” being used as weapons in bureaucratic struggles over budgets and authority.”

Robert H. Wade, Professor of Political Economy and Development, London School of Economics, noted expert on the World Bank and recipient of the Leontief Prize in Economics 2008

4 - "A fascinating and frightening expose of the World Bank’s operations. An insider’s intimate view of how an organization meant to help the developing world actually hindered progress. A must read!"

5 – “In this book David Shaman takes us on a conducted tour of what many regard as one of the world’s more extraordinary institutions, the World Bank. This is in the context of his efforts to promote B-SPAN, an internal World Bank service he launched to provide video coverage of important events and analyses both to the Bank itself and to its external stakeholders. He captures very well the mix in the Bank of everything from enormous ability focused on advancing the cause of the poor to bureaucracy devoted to empire-building and the denial of information, with no holds barred in naming his adversaries and identifying their defects. Given this mix, you can rely on finding something to love or hate in the Bank, depending on one’s prejudices.”

6 - “This is an inside story about the World Bank and the challenges it is facing, from outside and within. It is a story about accountability. It is a personal account of an expert, who has tried to bridge the gap between a bureaucracy and the people that should be served. The story is frightening and challenging at the same time. The world needs this Bank. But Bank reform is due. I hope this book is widely read.”

7 - “David Ian Shaman's "The World Bank Unveiled" is required reading for anyone who believes public institutions should be transparent and accountable. His hard-won insights provide valuable guidance for concerned citizens and government watchdogs.”

8 - “David Shaman's The World Bank Unveiled offers an unparalleled account of the inner workings of the Knowledge Bank experiment under James Wolfensohn. As the leader of one of the innovative projects - B-SPAN - that were part of attempts to transform the Bank into a more transparent and humble partner for development, Shaman is able to provide a fascinating case study of the way that this vision withered in the face of the powerful existing culture of the Bank. Whilst there have been many books this decade from ex-Bank staff questioning the Bank's role in poverty reduction and development, Shaman's is by far the most significant account of the Knowledge Bank experiment, its potential and its ultimate demise.”

Simon McGrath, Professor of International Education and Development, University of Nottingham and co-author of Knowledge for Development? Comparing British, Japanese, Swedish and World Bank Aid
9 - "The World Bank is a big agency with an even bigger mission. How does it manage constantly to reinvent itself from within? David Shaman gives us an insider’s account of a crusade within the Bank by staff with a shared passion for sounder environmental policies, and a belief in transparency. He details with relish the battles, allies, and enemies which shaped their successes and setbacks. Early on a senior colleague tells him that in bringing about change “it is better to ask forgiveness than permission”. The fact that this credo works for the reformers highlights a strength in the less-than-totally-disciplined Bank - the flipside of the disparaging observation once made that the World Bank is a “travelling seminar”. Shaman’s tale reveals life within that travelling seminar and the possibilities which emerge when an organization is requestioned from within."

Ngaire Woods, Director of the Global Economic Governance Programme,
University of Oxford, and author of The Globalizers: the IMF, the World Bank, and their Borrowers

10 - The World Bank Unveiled is a well written, lengthy tome that is part history of the World Bank - especially focusing on the wheeling and dealing behind B-Span, part personal memoire, part scathing critique, and part policy prescription. These parts can be hard to balance. Yet while Shaman is clearly a man on a mission to make the World Bank more transparent and more accountable, the book offers numerous credible insider details as it builds its case, and for the most part avoids being overly self-congratulatory or ideological. From selecting its presidents to self-evaluation of project effectiveness, the World Bank lacks transparency. However deserved critiques of the World Bank may be, at least some of these critiques spring from a deeper source over which the World Bank has only partial responsibility. No one really knows how to cause development. It is an art as much as a science, and either way, it is a field marked by failure and inefficiency. That said, those whose job it is to help the starving and the poor have a special responsibility to go beyond the call of duty to be effective. Whatever those in the World Bank and its stakeholders make of Shaman’s book, I hope they confront it, and make themselves more effective as they respond. My research suggests that organizations become more effective as they increase their efforts and abilities to explain themselves. I endorse Shaman’s call for more transparency at the World Bank.

Dan Lindley, Associate Professor, Department of Political Science, University of Notre Dame, and author of Promoting Peace with Information: Transparency as a Tool of Security Regimes