The Role of Business and Partnership in Meeting Africa’s Development Challenges: Regional Integration and Trade 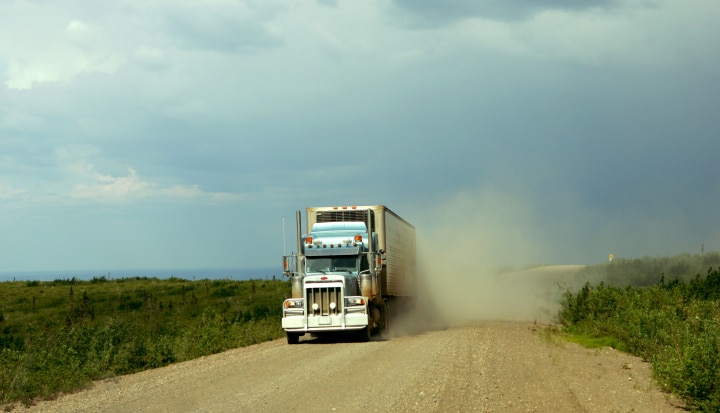 8 Cited by the Infrastructure Commission for Africa. No date. “Financial Support.” Online at http://www.icafrica.org/en/infrastructure-issues/aims100/ (accessed November 13, 2010).

The Role of Business and Partnership in Meeting Africa’s Development Challenges: Regional Integration and Trade

As Africa becomes increasingly connected to the world economy, accelerating regional integration and making it cheaper and easier for Africa’s producers to access regional as well as international markets are now critical priorities. Africa’s share of world trade stood at 3.3% in 2008, having increased from only 2% in 1998, but is still the smallest of any region in the world. In 2008, Africa’s intra-regional trade accounted for less than 10% of total trade, compared to Europe, where 62% of trade occurs within the European Union (EU). The low proportion reflects tariffs, regulations, corruption and poor infrastructure.

Sub-Saharan Africa has 800 million people in 48 separate states. The total Sub-Saharan economy is not much larger than that of South Korea (population 48 million).5 Cooperation and integration to remove trading constraints will
be critical to future growth and development. Although the challenges are significant, there are big potential benefits in joining up its small economies. The 2009 World Development Report emphasised that policies that facilitate geographic concentration and economic integration are most effective for promoting long-term growth.

Infrastructure, both hard and soft, remains the primary barrier. Investing in infrastructure – regionally and nationally – can deliver significant returns. Currently, though, most African countries are too small to invest in transforming their own infrastructure. The World Bank estimates the cost of building and maintaining adequate infrastructure for Africa at up to US$75 billion per year, equivalent to 12% of Africa’s total economic output over the next decade.6

In landlocked countries where much of the existing transport dates from the colonial era the Regional Economic Communities (RECs) are taking important steps to address these issues and with the forming of the Tripartite7 in October 2008, these economic groupings have committed to harmonise their trade and tariff practices and, in time, to merge the three organisations. Funding for infrastructure has risen rapidly – thanks in part to the work of the Infrastructure Consortium for Africa (ICA) – increasing by ten- fold between 2002 and 2007, alongside inflows from donors, including non-traditional donors such as China, India and the Middle East. More pan-African coordination through the Africa Union and NEPAD, more collaboration between donors, and a growing number of public private partnerships, reflecting the growing interest in leveraging business investment and delivery know-how, are beginning to significantly tackle hard and soft infrastructure constraints.

The Roles of Business and Partnership

Companies in transportation, shipping, telecommunications, power generation and distribution, and other industries play critical roles in strengthening regional integration and trade through their core business activities – building hard infrastructure and providing services other companies need to operate. All companies, regardless of industry, can play roles in strengthening “soft infrastructure” such as trade facilitation and customs administration.

Providing transportation, shipping, telecommunications, power, and other critical infrastructure and services. According to a study by the African Development Bank, the OECD, and the UN Economic Commission on Africa, just over half of all infrastructure investment in Africa in 2007 came from the private sector.8

Strengthening local governments and other relevant institutions through contributions of resources, management know-how, and accounting and other systems. This can help address “soft infrastructure” constraints such as trade facilitation, customs administration, harmonisation of standards, and rules of origin and other policies.

Making the case for regulatory and trade modernisation reforms as well as key improvements to the business enabling environment overall. Regional integration and trade affect producers and consumers, firms and citizens across countries and across industries. Based on in-depth market research and operating experience, companies can share insight that helps regulators better balance stakeholder interests and achieve shared objectives.

Sharing the capital cost and risk through joint ventures and public-private partnerships. Given that infrastructure projects tend to have high front-end costs and risks,with agriculture especially requiring long investment horizons, both traditional public-private partnerships as well as innovative new forms of finance – combining commercial and concessional sources of capital – are key.

Pooling, channelling, and coordinating the capacity- building contributions of multiple companies and other stakeholders for greater impact. As many companies experience the same challenges when trying to trade across borders, combining the collective know-how and input of many companies makes better use of available resources and know-how, especially when engaging with local regulatory and government organisations.

Integration and Trade in Africa

Standard-setting bodies and procedures through both local institutional capacity- building and public policy dialogue. At the same time, regional integration and trade involve both public and private stakeholders across industries and countries – all of whom have critical, interdependent roles to play. Coordinating and targeting their efforts through collaborative action is necessary to address bottlenecks and accelerate progress.

Increasingly, companies are shaping and participating in systemic initiatives like clusters and growth corridors that combine investment, service provision, capacity-building, and policy dialogue to tackle multiple, inter-related constraints to regional integration and trade. Such holistic approaches are particularly common in, though not exclusive to, agriculture. For example:

8 Cited by the Infrastructure Commission for Africa. No date. “Financial Support.” Online at http://www.icafrica.org/en/infrastructure-issues/aims100/ (accessed November 13, 2010).