The Road to 2050: Putting Climate Change Back on the Radar in the U.S. 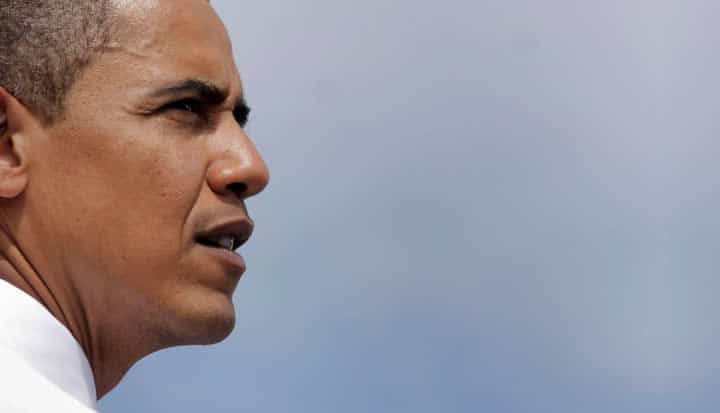 The Road to 2050: Putting Climate Change Back on the Radarin the U.S.

Despite the lack of mention of climate change during debate season, the issue held a front-and-center position in President Obama’s inauguration speech on January 21, 2013. “We will respond to the threat of climate change, knowing that the failure to do so would betray our children and future generations,” the President proclaimed.

The question now is: how will the U.S. respond to this imminent threat?

Obama on sustainability: The story so far

In his 2008 campaign, Obama promised that to fight global warming, he'd "set a hard cap" on carbon emissions with the goal of reducing them 80 percent by 2050, with 10-year goals along the way. Some companies, including General Electric, voiced support for a cap-and-trade program as a mechanism to streamline the regulatory process for the private sector.[1] The President’s proposed cap-and-trade bill, however, failed to pass in the senate.[2]

Since taking office in 2009, Obama did implement a few policies aiming to mitigate the negative impacts associated with climate change. During his first term as President, Obama tightened fuel efficiency standards on the U.S. auto industry, increased the production of domestic renewable energy, and earmarked close to $90 billion of the 2009 federal stimulus package for the creation of green tech jobs.[3]

Unfortunately, while the international community has acknowledged the importance of addressing climate change and the business role in driving the sustainability agenda, the United States has consistently fallen short. As we are beginning to see, many business leaders—while ready to join and some even ready to lead the charge for sustainability—are continually disillusioned by regulatory inconsistencies and frustrated by inefficiencies associated with negotiation frameworks set forth by organizations such as the United Nations.

In the aftermath of Hurricane Sandy, actors, scientists, politicians and CEOs alike renewed their calls to combat climate change. And John Kerry’s nomination for Secretary of State should come as good news to environmentalists and forward-thinking companies alike. Kerry is considered by many to be a champion of environmental issues as well as an advocate of public-private partnerships, which “bring together the drive and creativity of for-profit industries with government financial support and encouragement to meet growing energy needs while combating climate change.”

During the inaugural speech, Obama told millions of people around the world:

The path towards sustainable energy sources will be long and sometimes difficult. But America cannot resist this transition; we must lead it. We cannot cede to other nations the technology that will power new jobs and new industries – we must claim its promise. That is how we will maintain our economic vitality and our national treasure – our forests and waterways; our croplands and snowcapped peaks.

At WBCSD, the Vision 2050 project created a roadmap to a future where we all live well and within the limits of the planet. As we advance toward the first set of goals to be achieved by 2020, members are invited to work with us to revisit Vision 2050 and create more actionable, measurable and investable 2020 objectives that we can take on as a coalition of like-minded companies. Companies engaged in the process will: gain insight into megatrends with scientific evidence to make a stronger case for real leadership for structural change while defining the high impact business opportunities – within and across sectors, and at the U.S. and global levels

While companies continue to drive the sustainability agenda through projects such as Vision 2050, we can only hope that Obama will continue to address climate change throughout his second term with the same conviction he displayed on the steps of the Capitol on January 21. By putting climate change back at the top of the agenda, we must now wait and see if Obama and Kerry can work together to break down barriers to private sector sustainability initiatives in the United States.

Climate change can no longer be shoved to the back burner. Perhaps the next four years will witness the changes necessary to advance in the fight for a sustainable world for 9 billion people in 2050.