The Rise of Social Entrepreneurship in China 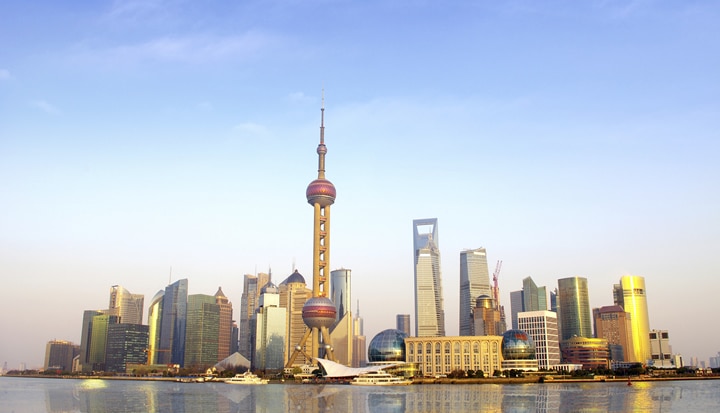 The Rise of Social Entrepreneurship in China

The beating heart of NuoMi, a small clothing design business, lies in a modest, three-story house in a nondescript suburb about an hour’s drive from downtown Shanghai. The bottom floor has been retrofitted to make space for design tables and sowing machines. The kitchen doubles as a packing and storage facility. The bedrooms upstairs are offices, some holding a couple of tables and computers while others house racks and racks of clothes in a perpetual battle with overflowing filing cabinets for space along the walls.

At first blush, it is not much different than the thousands of other small businesses sprouting up all over Shanghai. Yet, what makes NuoMi different is the mission underlying its business model – their labor force is comprised of poor, underprivileged families who have children with disabilities. The company provides employment, micro-financing, equipment, training, and support to these families in order to help them establish self-sufficient businesses within two years. Founder Bonita Lin Wen admits that it doesn’t make business sense in the traditional way—she has lost thousands of RMB over the years—but the fact that these families and their dependent children are better off than they were before make her efforts worth it. She doesn’t see it as a loss of capital, but rather as an investment into making better lives for her community. Meet one of the faces of social entrepreneurism in China.

Social entrepreneurism is a recent phenomenon, but over the last couple of years this approach to business, in Western countries specifically, has evolved into a powerful force. Companies now have to place “do-gooder” causes – fair labor practices, responsible stewardship of land and water, to name a few – front and center in their business models because both customers and employees expect and demand it. In the West, if you have the option of two equal scarves to buy, where one was made in a large, nameless factory and the other by orphaned street children from El Salvador, the backstory of the latter would push most people to choose it. That is why you see the face of Juan, the Costa Rican coffee bean farmer, every time you walk into a Starbucks.

In China, however, the capitalist concept is still in a relatively early stage of development compared to the rest of the world. The idea that a business can pursue altruistic goals and profits simultaneously is still extremely foreign. The mentality is very much about making money above all else. Aversion to this business model delves deeper into the overall fabric of China as well. As Meng Zhao points out in the Stanford Social Innovation Review, the lack of a strong social enterprise sector in China can be attributed to the obstacles embedded in the country’s political, institutional and cultural environment. Bonita has encountered customers in her retail store in downtown Shanghai that wrinkle their noses and decide not to purchase an item once they hear NuoMi’s backstory. Their usual reason – they don’t want to own something made by someone with a disability.

FYSE’s 2012 China Social Enterprise Report highlights the overall state of social entrepreneurship in China and the obstacles it faces. For example, finance is the biggest challenge. Only 42% of social enterprises achieved financial sustainability in 2012 and 77% were dependent on family and friends for funding. At least 58% said that access and retention of human capital is a severe or significant challenge to staffing and running their organizations. Furthermore, incorporation is extremely difficult because there is no specific legislation regarding their status and they cannot benefit from tax exemptions like similar organizations do in other countries.

The future for social entrepreneurship is promising nevertheless, and the major player in this space – the Chinese Government – has taken notice of its importance. The Ministry of Civil Affairs (MCA), which publicized its 12th Five Year Plan for Charity in July, has laid out a plan to write better legislation for the charitable sector, create a tax environment in which donations to charities are encouraged, promote more development in the sector, and develop a more effective volunteer policy, among other initiatives. FYSE’s report also showed that social enterprises grew over the past year and entrepreneurs have an optimistic outlook for the future. Close to 75% of those surveyed expect an increase in revenue over the next year.

Walking out into the chilly afternoon air, atypical for Shanghai in April, Bonita pulls out her phone and shows me a picture of her four children, two her own and two adopted. “This one we adopted has cerebral palsy, and this one is genderless.” Capitalism with a soul is started to take root in China, but it still has a long way to go. For Bonita, however, it’s already in full bloom.

This blog was previously published on The New Global Citizen and is reproduced here with permission.