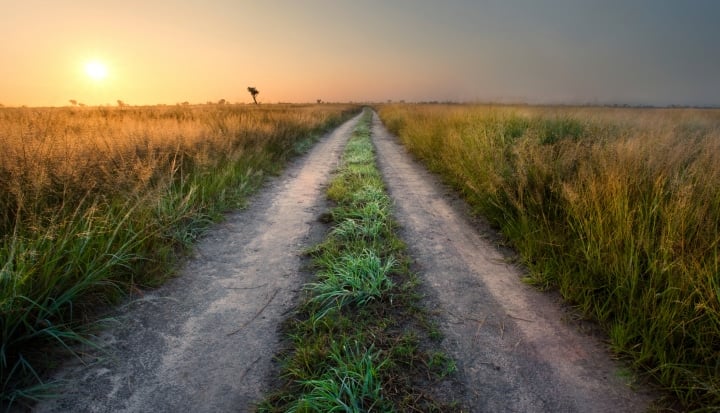 It's Pro Bono Week, a global celebration of the pro bono ethic across all professions. Join us and others around the world in acknowledging those who use their professional talents to make a difference. Follow the talk on Twitter at #PBW13.

The practice of pro bono consulting transforms individuals on a professional and a personal level – creating global citizens who are better equipped to address challenges and take advantage of opportunities in the ever-changing business world. This transformation has a ripple effect.

As it is Pro Bono Week, we take a moment to celebrate this. Skills-based volunteering is subtly shaping career trajectories, shifting corporate culture, and catalyzing institutional learning for organizations such as the Government of Lagos in Nigeria and the Tanzania Association of Tour Operators, both of whom have benefited from pro bono expertise.

“We Need to Think Simpler When Marketing in Emerging Countries”
Meet Matt Berry, Director of Mobile Marketing for IBM’s MobileFirst program. Matt participated in both IBM's Corporate Service Corps and the Smarter Cities Challenge – the first, five years ago, at the program’s inception and the second, this past summer. As IBM celebrates CSC’s fifth year, it has sent nearly 2,400 employees on short-term assignments in emerging and frontier markets in more than 30 countries worldwide.

The program both expands the capacity of local communities and organizations in developing countries, and simultaneously trains employees to be more globally-minded. “Little insights I learned on each trip made me realize that we need to think simpler when marketing in emerging countries like Nigeria and Tanzania,” shared Matt in a three-part series on his experience in The New Global Citizen. “Small things like that can have a huge impact.”

In 2008, Matt was transported from his home in New Jersey, to Arusha, Tanzania. There, he and another IBMer worked with the Tanzania Association of Tourism Operators (TATO) to help remedy the country’s diminished reputation among travelers and tourists. In some cases, people complained of poor quality tour operators in Tanzania and vehicles in bad condition. In rare instances, there were incidents of travelers being injured, put in danger, or even killed. In just one month, Matt and his partner helped TATO to develop a website with a tour guide rating system. This way, all tour operators in the country had to register with TATO first and prove they were safe and reliable. Similar to sites like tripadvisor.com or uber.com, tourists could rate them and leave reviews for future travelers.

During his assignment Matt realized the only time the TATO officials spoke with the press was when something bad happened to a tourist. For Matt, who helped TATO build a proactive public relations and marketing strategy, the impact of the project truly hit home a few weeks after he returned back to New Jersey. Opening The New York Times, he found himself smiling to see a full-page ad for travel to Tanzania. This engagement lived on, as IBM sent subsequent teams to Tanzania advance these projects and to initiate others.

Matt noted, “The experience reshaped my worldview—I was no longer the same person I was before I left. I didn't look at the world or the people I interacted with the same way.”

Last July, Matt returned from his second engagement in Africa, this time in Lagos, Nigeria, as a part of IBM's Smarter Cities Challenge. He and other IBMers worked with the Lagos Government to address an issue that, here in the United States is an inconvenience, but in Lagos, Nigeria, undermines both the economy and the environment. This problem is traffic.

Matt’s assignment was to work with the Government of Lagos to help plan a smarter transportation system. “This project was unlike anything I ever had a chance to work on in my career,” said Matt. “We had three short weeks to analyze the problem, meet with a dozen government agencies, navigate political issues, understand the technical solutions available, survey commuters, factor in economic and social issues, and build a strategic transportation road-map for one of the fastest growing cities in the world.”

Originally, Matt knew very little about Nigeria, but this changed quickly. Matt and his team identified a number of critical challenges facing Lagos’ transportation system. First, it can take 3, 4 and even up to 5 hours to get from one side of the city to the other due to limited road infrastructure… and it’s only getting worse. Second, the population in Lagos will grow from 20 million today to 40 million by 2030, essentially doubling the city’s population in less than two decades. Lastly, as an oil-rich country, gas costs approximately $0.90 a gallon, contributing to the millions of cars on the road every day.
At first, the team was skeptical. With so many ingrained dysfunctions in the transportation culture of the city, it seemed like these problems would be nearly impossible to fix. But after meeting government leaders, the team quickly grasped their vision. There was funding available to make strategic investments in public transportation, infrastructure, and technology that would eventually overcome these challenges. But the government needed a plan for how to optimize these new systems to help commuters navigate their transportation options.

Matt and his team came up with five solutions that constituted the foundation of a road-map for smarter transportation in one of the world’s fastest growing cities. Recommendations included collecting data from mobile devices and traffic cameras to better understand traffic patterns, a command center where city agencies can sit together in a single location to manage the city. It included an analytics system to track and manage traffic conditions, an information plan for the public, and the introduction of tolls and fees for high congestion areas.

Since Matt embarked on his first pro bono adventure five years ago, he’s been promoted to lead one of IBM’s most innovative marketing units, Mobile Marketing within IBM’s MobileFirst, where his work includes a focuses on Africa.

“I also learned some very basic things that apply to my mobile marketing job. While in a meeting with some local IBM colleagues in Nigeria, someone pulled out 4 mobile phones. The reason? He told me that the network providers aren't reliable so when one provider goes down (sometimes 24 hours at a time), they pick up their next phone. A light bulb went on over my head—back to the basics, Matt.”

“At IBM, we’ve been marketing some complex mobile solutions. Rather than marketing solutions to build the coolest and newest applications, we need to help the telecommunications providers build and manage reliable networks. The company that can guarantee 24/7 coverage can blow away the competition.”

By breaking out of his comfort zone to experience the way culture and infrastructure intersect in less developed parts of the world, Matt’s perspective on new business was transformed to see new opportunities right in front of his nose. Eventually, the ripple effect comes full circle.