The Future of Development: Private-NGO Partnerships? 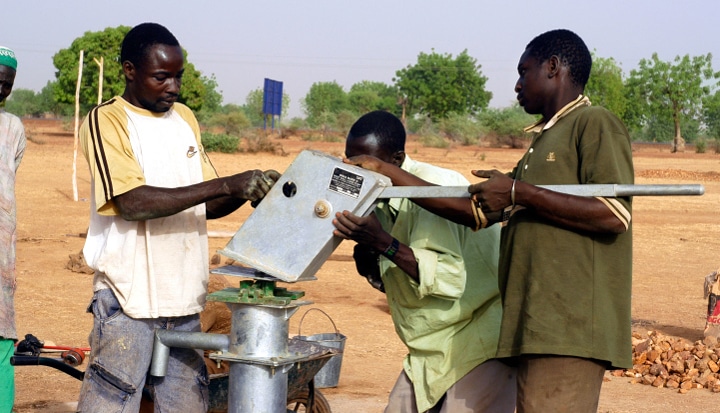 The Future of Development: Private-NGO Partnerships?


This post originally appears on the Amref Health Africa in Canada blog and is re-posted with permission.

The panel consisted of three experts:

According to Tim Smedley of The Guardian:

“The question of 'if' NGOs should collaborate with the private sector has been replaced by 'when' and 'how’.“

Partnership between nongovernmental organizations (NGOs) and the private sector provides an opportunity to collaborate toward achieving common goals. But they also come with risks that need to be managed, mitigated, and—in some cases—avoided in order to be successful.

In one example of a successful water, sanitation, and hygiene (WASH) partnership, an NGO provided health education to 10 per cent of a factory’s workers, who then provided education to their peers. Absenteeism in the factory fell by 55 per cent and turnover dropped from 50 per cent to 12 per cent as the result of a healthier workforce.

In this case, both the community and the company enjoyed the immediate benefits of a healthier population.

In another example, Amref Health Africa teamed up with GlaxoSmithKline (GSK) to provide health education in schools. After four years, 88 per cent of children from participating schools washed their hands after using the toilet, compared with 46 per cent from non-participating schools.

In this case, the community experienced improved sanitation, which will lead to a healthier workforce for future generations. Businesses enjoy long-term benefits from these types of social endeavours, even if they do not create to an immediate impact on company performance.

Despite success stories like those above, private-NGO partnerships have encountered their fair share of criticism. As one audience member framed the question: how do NGOs ensure they are being constructive and not complicit when partnering with businesses with spotty track records?

According to the panel, businesses have a legacy of a scattershot approach to development. This approach has created some failures that give critics good reason to be cautious. Both sides need to consider the risks of participating in a poorly structured partnership and plan accordingly.

One way to manage risk, according to the panel, is to mitigate it by defining success before the onset of the relationship.

In one example of a public-private-NGO partnership for HIV vaccine development, stakeholders from government, industry, and the nonprofit sector came together to carry out a late-stage HIV vaccine trial to demonstrate efficacy in humans.

Before the partnership began, the parties collectively defined success so that everyone involved had clear expectations about what success looked like, the degree and type of commitment required, and the roles and responsibilities of everyone involved.

The partnership helped to ensure that an effective HIV vaccine is ultimately available to populations most in need. By defining success, it mitigated the risk of a sour partnership and increased the likelihood for success in achieving this common objective.

Another way to manage the risk of entering into an unsuccessful partnership is to avoid partnerships where vision and values do not align.

In one example, a major international nonprofit organization—one dedicated to providing assistance to children in conflict and post-conflict places—refused to partner with a foundation when they learned that one of the foundation’s donors was a company that manufactured war tanks. The NGO’s mission and values were not aligned with those of its potential funder and the partnership did not take place.

The two examples underscore the importance of aligned mission, vision, and values in private-NGO partnerships. When potential partners are not aligned, the parties involved may need to reconsider their approach to achieving their goals.

The panel offered its own suggestions throughout the evening:

The guidance outlined above provides the private sector and NGOs with a compass for navigating the future of development—a compass that points to the “when” and “how” about which Smedley writes.

Private-NGO partnerships present exciting opportunities but come with risk that needs to be managed, mitigated, or avoided.

One panelist suggested: businesses and NGOs already operate in the same communities. If you are not looking for opportunities to collaborate, you are doing your communities a disservice.

Do you agree? Tell us about your experience with private-NGO partnerships in the comments below.

12 responses to “The Future of Development: Private-NGO Partnerships?”