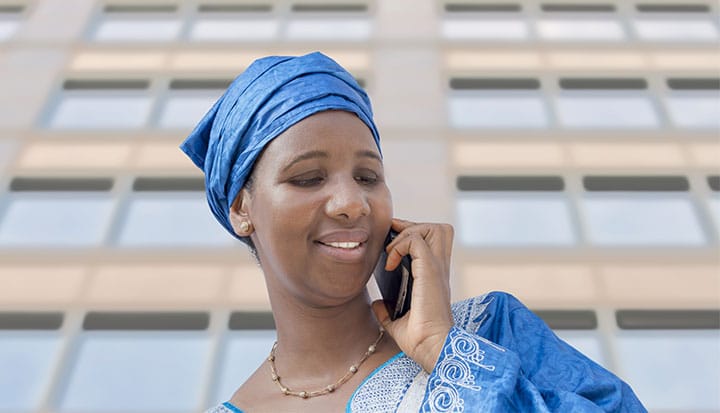 Designed to promote and encourage the adoption of the ‘inclusive business’ model as a component of corporate growth strategy in Africa, the TV series demonstrates how this approach can make a contribution towards the UN’s Sustainable Development Goals (SDGs).

Mobile phones are part and parcel of African life today. Despite high poverty levels, cellphone usage is extraordinarily widespread, giving telecoms access to people in the remotest of areas and replacing the need for fixed line infrastructure in rural and even urban settings.

So what else can the continent’s bright young minds come up with through one of the world’s most exciting mobi-tech competitions? What happens when a bank like Citi decides to give young startups a platform to present new mobile phone applications with a view to potential investment, mentoring and launching their apps into the market?

The Citi Mobile Challenge is a worldwide call for innovation and disruption, drawing out young developers and startups to innovate around new applications in the financial tech space. The competition, run in cities across the globe, launched its EMEA (Europe, Middle East & Africa) leg in Nairobi in 2015, and IT’S AFRICA’S TIME was there to check it out.

Join us in Kenya as we experience the event, and step into the crazily impressive world of one of its entrants, a fin-tech startup called Umati Capital, who in just eighteen months has radically transformed the face of SMEs and rural farmers with their exciting cash flow and data sourcing agri-app.

Mozambique has more than 30% representation of women in parliament. Women were in the forefront of its struggle for independence and even during the country’s post-independence civil war, women were on the front line.
Yet, despite this, they are still eking out a living trading on every street corner, running most of the country’s stalls and working the majority of its fields. They are notably absent from the ranks of the country’s business leaders and entrepreneurs.

Their fortitude, resilience and innate abilities have been proven over and over again, yet they’ve had precious little access to business training and financing for their ventures and dreams. Confidence is low as the women of Mozambique continue to fill the all too familiar space of ‘hard working supporters’, carrying the load in one of the poorest countries on earth.

BCI, one of the leading banks in Mozambique, has decided to do something about this whilst at the same time growing their business. They’ve proactively created a client segment called ‘Women Entrepreneurs’ which offers entrepreneurship training and access to a 45-day interest and collateral free credit card. Their biggest win-win enabler, however, is a loan fund created especially for women entrepreneurs who are able to present a solid business plan. The fund runs into millions of US dollars.

Join our team as we travel to Maputo to meet a restaurateur and a beauty salon owner who have engaged with the bank’s programme. See how it’s making a difference in their lives and allowing them to expand their businesses to the next level. At last feeling like they are in charge of their own destinies.

This story was previously published on IT'S AFRICA TIME and is reproduced with permission.