The Business of Job Creation 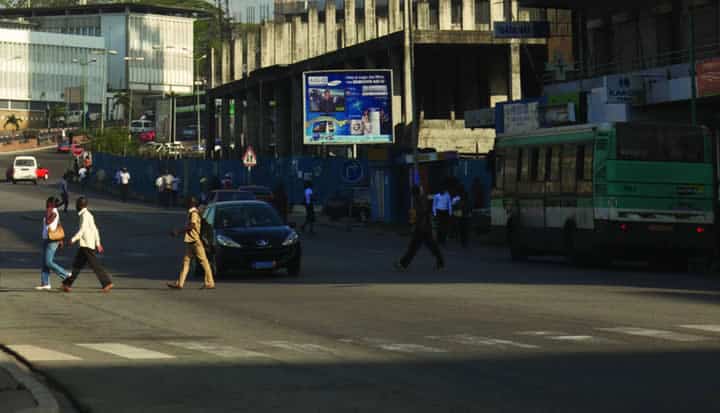 The Business of Job Creation


Times are changing. In September 2012, the Financial Times reported that the Republic of Zambia had sold its maiden 10-year dollar-denominated bond, raising $750m from international investors. The bond was over-subscribed by 16 times, allowing the country to price the bond at a yield of just 5.625 per cent. Spain’s 10-year bond at that time was 5.78 per cent.

CDC has been investing in Africa since 1948 and has a strong reputation for growing businesses that have made a strong contribution to local economies. During this period our landmark investments have included the Kenyan Tea Development Authority in 1959, which went on to become the largest single tea-growing organisation in the world; Celtel in 1995, which became one of Africa’s largest phone networks; and the Globeleq portfolio of 19 power stations, including the Songas facility
in Tanzania.

Today demographics alone tell a story of opportunity. With 200m people between 15 and 24, Africa has the youngest population in the world—and this is fuelling the fastest growth in any working age population in the world. Almost 1 billion people in Africa are predicted to be of working age by 2040 – larger than both China and India—creating a need for goods, services and above all, jobs.

Job creation is at the intersection of good business and good development policy. Globally, almost 90 per cent of jobs are created by the private sector (World Development Report 2013, World Bank). Jobs increase living standards and provide the taxes for better health, housing and education. That’s why supporting job creation, both directly and indirectly, is the focus of CDC’s new strategy.

CDC’s experience since 2004 has primarily been as a leading investor in private equity funds. Why private equity? Away from the multinationals, the most well-established route into Africa for capital is through this type of fund and we believe that private equity for growth or expansion can
be transformative. As well as providing much-needed capital, fund managers create value by introducing technical expertise, better management systems and improvements to environmental, social and governance standards. These are the ingredients of a sustainable business that creates long-term employment.

Since 2004 CDC has evolved from working with just two managers—Actis and Aureos—to develop a portfolio of over 1,100 underlying investments, made through over 80 funds. This growth has seen CDC at the forefront of developing private equity in Africa, backing numerous first time teams in emerging markets.

When we started this investing through funds there was just a handful of good fund managers active in Africa. Today there are over 100 fund managers of institutional quality investing on the continent, many of whom were first backed by CDC.

So that’s the good news. Responsible investors recognise that there are reasonable returns to be made in Africa and capital is starting to flow. Unfortunately most of the private equity investment in Africa is concentrated on the better established economies. In 2011, South Africa, Egypt, Nigeria and Kenya attracted 73 per cent of private equity investment, yet their economies represent 48 per cent of the continent’s GDP.

Challenging markets require innovative and patient approaches to investment, so we are broadening our range of financial instruments. From 2012, CDC will once again provide capital directly, often as a complimentary co-investment alongside partners such as fund managers. We will also provide debt—directly, through funds and to financial institutions. These new instruments will enable CDC to reach more countries and fulfil a wider range of financing needs.

Our ambition is to invest our capital in geographies that are less covered by private equity funds in sectors that create jobs and have an impact in the community. We recognise that such investments require a longer investment horizon than the usual 3 to 5 years. We are willing to co-invest along with similar minded investors in building regional or pan-African companies, as we did with Celtel and Globeleq. Alongside these new instruments, fund investing will remain central to CDC’s strategy.

In May 2012, for example, we committed $15 million to the Schulze Global Ethiopia Growth and Transformation Fund, the first to focus exclusively on Ethiopia. With approximately 85 million people, Ethiopia has the second largest population in Africa and average annual real GDP growth of over 10 per cent during the past 6 years. But the country has GDP per capita of just $358, compared to a sub-Saharan Africa average of $1,316.

CDC was the first investor to commit capital to the fund and spent over a year in discussions with the Schulze Global team to help them shape the proposal, team and strategy. Other investors are now coming on board.Investing successfully in Africa requires the same skills, processes, rigour and judgment as elsewhere. In Africa, however, investors also need to overcome preconceptions and focus on the real risks, not the perceived.