The Business of Africa 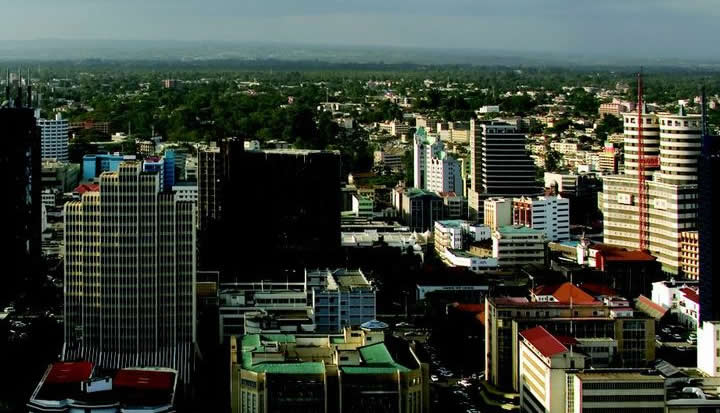 The Business of Africa


Multinationals, investors and donors looking at African economic development need to start seeing Africa as a business. When we talk about economic development, Africa does not need charity; it needs responsible investment as well as strong partnerships. Making a profit is certainly the goal for any business, but hindsight shows us that businesses also need to be run responsibly in order to be sustainable in the long run.

The fact that current growth rates in sub-Saharan Africa outperform the Middle East, North Africa, Latin America and Europe is well documented, and although there are risks, the opportunities for investment in African businesses are attracting more private equity and donor money every year, with more and more stories of innovation and entrepreneurial success adding to the positive buzz. In addition, it is worth noting that according to a recent report by the Mo Ibrahim Foundation, by 2035 Africa’s labour force could be larger than China’s and over a quarter of the world’s labour force is predicted to be African by 2050. If 90 per cent of jobs in developing countries are to be provided by the private sector, policies and investment that support a dynamic business environment, as well as local job creation, become essential.

Kenya is amongst the top 10 largest economies in Africa in terms of GDP, and East Africa has become one of the more attractive regions in Africa both for foreign investment and as a source of entrepreneurial success and business growth. Political stability plays a big part in this success story, and democratic elections accompanied by stable governments have been key to the success of countries like Kenya and Rwanda.

In Kenya, although there is still too much red tape, bureaucratic procedures are improving consistently. Of the 15 countries in the world with the most delays in registering a company, six are reported to be African, but those that have most improved are in Africa as well. This is the interesting trend. General inefficiency might still be an issue, but a recent IFC country report indicated vast improvements year on year.

Kenya’s bright future has a lot to do with where the wealth is being grown. Nowadays, a large portion of wealth in Kenya is independent from anything governmental, which is important as it is
private business people who now have the power to demand from the government the services they are supposed to provide. If you have a chain of cafés or a vegetable packing facility, you don’t care who is in power, as long as you are able to reach your customers and grow your business. Your vote can’t be bought.

Maturing banking products have also played a big role in establishing East Africa as a good investment destination and have helped local entrepreneurs to develop their businesses. At 68 per cent of the population, Kenya is ranked the first in the world for use of mobile banking, and the uptake of mobile banking in East Africa has transformed the way we can do business. Simply having a savings account or business account or having access to loans against receivables or overdrafts has been hugely important.

However, the phase that most Africans are in now is the transformation from ‘trader’ to ‘businessman’, and an assembly of services needs to be available to assist them in this change in status. Incubators provide a positive environment for growing businesses, but are still in their infancy, focusing predominantly on IT and not business models. You need to have administrative structures in place such as accounting, good governance providing stability and transparency, a succession plan, IT systems, marketing and the ability to attract and retain talent—38 per cent of the tertiary educated population leave Kenya.

Access to professional finance is regularly cited as one of the main obstacles to becoming a young entrepreneur, and Africa is no exception, but it also needs to be affordable finance. The cost of capital is far too high for those that qualify for credit, and this is one of the biggest bottlenecks. There are many examples of profitable small- and medium-sized enterprises that are not expanding because they would rather grow organically due to the high cost of borrowing. This means that there is a hidden well of growth in Africa that is being held back. Profitability in Kenyan banks is significant, and well above returns in Europe, but the average consumer does not yet comprehend the products that are available to them, nor the true cost of borrowing. Competition will arise as the consumer becomes savvier, and successful entrepreneurs are setting the example, but this is not happening quickly enough.

We should see Africa as a business that needs to attract and retain talent, that needs affordable finance to grow and that needs a host of services to support it. We should invest in ICT, in private business, in agri-business—which is still the largest employer in Africa—and support the private sector in establishing links with multilateral institutions, private equity funds, and development banks in order to focus on making the right connections to regional and global markets. Perhaps then Africa can grow to become the sustainable business that it has the potential to be.

Njeri Rionge is a serial entrepreneur and business mentor.