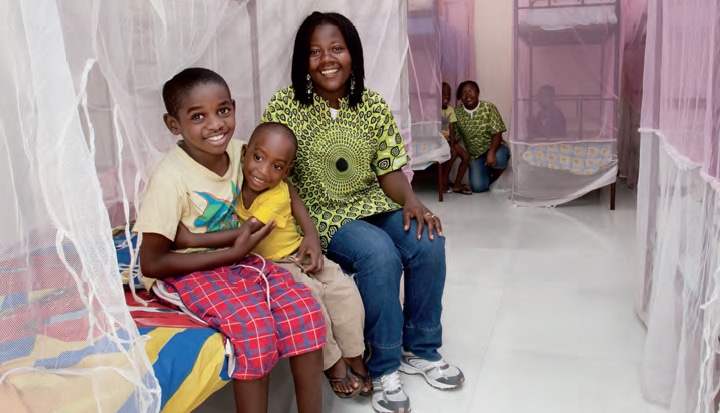 
Over the next year, the global community will assess the progress made toward achieving the 2015 Millennium Development Goals and examine how best to continue improving health and economic development around the world. While government, philanthropic and non-profit support will certainly be central to addressing to these challenges, the private sector will also have a critical role to play.

In the past decade, many corporations have recognized the inherent business value of integrating the pursuit of profit and social responsibility. A country’s economic well-being is inextricably linked with the health of its workers and communities, and this is also true for any business.

When companies commit to addressing the social and economic challenges facing their workers, they can bring significant financial resources to bear, as well as unique strengths. The private sector offers business-driven perspectives and approaches that can reinvigorate efforts to address complex issues. This allows the private sector to make vital contributions to seemingly intractable challenges.

For this reason, ExxonMobil chose to address the malaria epidemic head-on. Every year, malaria kills more than 655,000 people, largely in Africa, and causes billions in direct economic losses. Seeing the impact that malaria had on our workers – and the broader impact of the disease in the community – moved us to launch the ExxonMobil Malaria Initiative more than a decade ago.

A recent case study published by Business Action for Africa, in partnership with Harvard University, highlighted the initiative’s impact on ExxonMobil’s workers and communities. In 2012, only 10 cases of malaria were reported among thousands of non-immune workers who are located in or visited endemic areas. More broadly, through innovative partnerships we have supplied more than 13 million bed nets, administered close to 2 million treatment doses and trained nearly 250,000 health care workers in malaria prevention and control, among other accomplishments.

The ExxonMobil-supported Benguela Consortium in Angola is an example of how communities can be transformed. The consortium distributed mosquito nets, created public awareness campaigns, implemented school programs and trained more than 120,000 community leaders on prevention efforts. These strategic interventions timed to coincide with government and partner efforts helped reduce malaria deaths in the Benguela Province from 3,902 to 230 in only three years.

ExxonMobil is not alone in the effort to protect its workers and their communities against malaria. Since 2005, AngloGold Ashanti has provided malaria education, prevention, surveillance and medical services to its workers. These efforts are making a difference. In Ghana, Anglo observed a dramatic decrease in malaria cases, a substantial decline in malaria medication costs and a significant drop in worker absenteeism – from 6,983 days per month to only 282.

The private sector’s impact extends well beyond malaria prevention. Companies have identified ways to improve the lives of their employees by investing in their health and well-being. SABMiller launched an extensive HIV/AIDS awareness program in India that has reached more than 50,000 of its truck drivers. Other companies have launched similarly successful efforts to combat tuberculosis and improve water and sanitation.

Across the world, these – and many other – companies are making long-term investments in addressing the pressing health issues in their communities. It’s a win-win model. Workers thrive, preventable deaths decline, communities and businesses grow. But most importantly, continuous investment in the communities where we work can create greater change, and ultimately, a healthier world.

Recognizing these benefits, ExxonMobil and other companies are committed to continuing our efforts in the lead up to the 2015 Millennium Development Goal deadline and beyond.