Supporting the private sector to meet the Millennium Development Goals 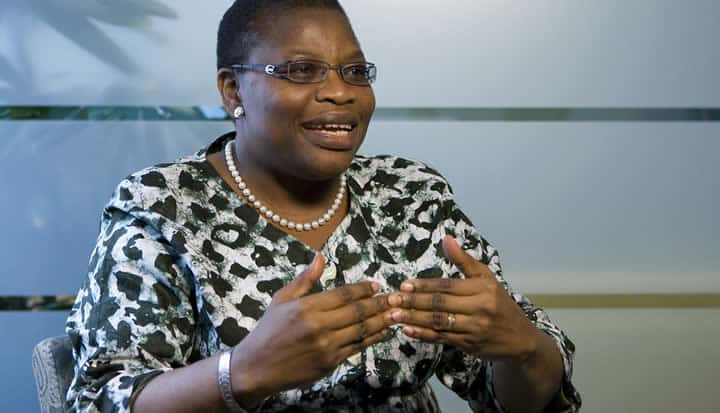 Supporting the private sector to meet the Millennium Development Goals

Despite a decade of growth, Africa is still far behind other continents in the quest for the Millennium Development Goals. The current global economic crisis, coming in the wake of a food and fuel crisis, will further slow down Africa’s progress. Growth decreased from 6.1 percent in 2007 to 1.7 percent in 2009, pushing more people into poverty and reducing government resources available for health, education, and infrastructure. It is therefore urgent for richer countries to strengthen their resolve to help African countries maintain their hard-won gains, and deliver on their aid commitments despite the crisis. The private sector also has a key role to play in accelerating progress towards the MDGs, by improving social infrastructure and creating the jobs that will lift poor households out of poverty.

The private sector cannot replace efforts at building effective government institutions in health care, but it can have an important complementary role in making healthcare accessible for the poor. For example, we are supporting Hygeia, the largest public private partnership in the health sector in Nigeria – Hygeia has 14 worksite clinics and provides managed health coverage through a network of 1400 clinics and hospitals. Similarly, in education, the private sector is delivering quality education to the poor for a dollar a month tuition fee. The International Finance Corporation (IFC) is supporting the growth of private schools in Rwanda through a risk-sharing facility – a project that should benefit 40,000 students by 2011.

Infrastructure is essential to help the poor access critical social services and can even save lives – for example, improved water supply reduces deaths from diarrhea by 21 percent. Better infrastructure, including the removal of regional bottlenecks, will be key for regaining growth momentum. Estimates are that Africa could reduce its infrastructure financing gap by 45 percent by managing investments better, improving operations, and recovering more costs. In times of tight budgets, the private sector can both help expand access and improve efficiency in infrastructure, and set standards that can be emulated by public sector entities. World Bank lending to African infrastructure has grown fivefold since 2000, reaching $2.5 billion in fiscal 2009, and drawing on public private partnerships wherever possible. For example, we are supporting a rural electrification program in Mali consisting of 41 privately operated mini-grids – the program has already connected 36,000 households.

The private sector – both small and large – is also the engine of agriculture growth, which is urgently needed to reduce hunger and rural poverty. The World Bank’s lending to Africa’s agriculture has increased more than tenfold since 2000, reaching $1.3 billion this year. For example, we helped improve agriculture research and extension services in Uganda, which led to a 29 percent increase in yields and a 47 percent increase in farmers’ incomes between 2004 and 2007.

Private microfinance institutions have the potential to help lift the incomes of poor households. The World Bank helped rebuild the Union des Banques Populaires in Rwanda into a successful network of microfinance cooperatives. Further, the number of firms getting finance from IFC-supported intermediaries reached 222,000 in 2008.
The great potential of the private sector will only be achieved if African countries strive to improve their business environment – most are still at the bottom of the Doing Business indicator rankings. The World Bank Group is committed to supporting countries’ efforts to achieve progress in this area, based on strong government leadership. Our programs helped Senegal and Burkina Faso to join the ranks of the top 10 Doing Business reformers in 2008, and we have helped Kenya to eliminate or simplify half of its 1365 business licenses.

Going forward, donors such as the World Bank must step up efforts to help African countries build their institutional capacity to lead on this vast and complex agenda – there will be no sustained and strong private sector-led growth without supportive and effective governments. But progress is not only about effective governments. The contribution of private sector enterprises to progress in Africa will also depend greatly on their own standards of corporate governance, ethics, and concern for the environmental and social impacts of their activities.