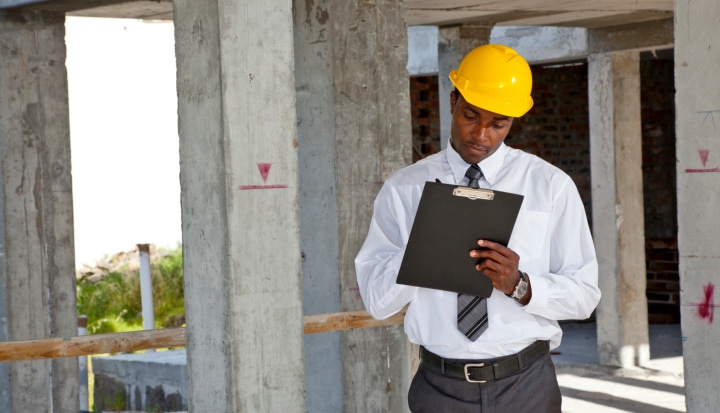 As a result of Nigeria’s rebasing, GDP is now thought by the National Statistics Bureau to have reached $510 billion in 2013. This makes Nigeria the largest economy in Africa, larger than South Africa, and—tellingly—almost double the size of Hong Kong. According to the NBS, it is now the 26th largest economy in the world, and has achieved global scale.

Even before the new GDP statistics were released, Nigeria was named alongside Mexico, Indonesia and Turkey as one of the MINTs—the four countries seen as the next generation of developing economies that will achieve great importance.

Nigeria is one of Standard Chartered’s largest markets in Africa by revenues. Following the findings generated from an independent study sponsored by the bank, Standard Chartered has added $2.1 billion of value to the Nigerian economy in 2012—representing 0.8 per cent of GDP. Further to this, 396,000 jobs have been created as a result of our support and initiatives in this market. The relative value added to the economy is higher than expected, as the Nigerian companies the bank lends to boast a higher level of productivity than the average Nigerian firm.

Our long history in this dynamic and growing market provides us with hands-on experience and insight into the unique trends of this economy. Interestingly, Nigeria’s private sector is less complex in comparison to its regional counterparts. This can be attributed to the strong emergence of conglomerates, a trend which has been emphasised as a result of the country’s lack in general infrastructural support. As a result, one finds many local companies pumping their own water, producing their own electricity and manufacturing their own intermediary products. This is done out of necessity, as operations would cease to exist without this self-sustaining initiative.

Nigeria’s ‘intrepreneurial’ approach has generated broader symptoms in the economy at large, these include fewer linkages between the country’s business sectors—this is compared to economies such as Kenya. Although owning and controlling multiple operations may have a positive impact on a company’s operational risk, numerous sub-divisions can result in higher production costs.

However, what this self-supportive trend has facilitated is the creation and growth of multi-skilled conglomerates, which not only enjoy profitable growth, but often generate value-adding services for the broader community.

The Parco Group, a valued client of Standard Chartered, is one of many examples where its diversity in operations was motivated by necessity, but generated profitable results in the long term. The Group started as a small business, trading bicycle parts in the 1970s—and then evolved into trading industrial chemicals and steel.

Once in the steel industry, they ventured into manufacturing industrial chemicals, gases and flat glass. They then started a business in converting scrap steel into reinforcing bars, an industry where Parco now owns 25 per cent market share. With the availability of scrap steel diminishing—the company’s intrapreneurial flair is now taking the Group into exploring options in mining iron ore. Like many other multi-operational groups, they produce their own power and gain an income from supplying excess power to the national grid. Currently, most of the 102 megawatts the company produces is fed into the national grid. Future plans to grow this capacity to 750 megawatts will equate to around 20 per cent of the country’s current generation capacity. In 2012 the Parco Group generated revenues of $600 million and employed 3,000 people.

Another Nigerian conglomerate and valued client of the Bank, is the Dangote Group—a company renowned for its successful transformation from trading into manufacturing. Dangote started out as a trading business just over 30 years ago, with an initial focus on cement. The group then expanded into trading sugar, flour, salt and fish and by the early 1990s, they were one of the largest trading companies in the country. The company’s leadership then identified opportunity in the country’s vast trade deficit in manufacturing products, and applied their skills into establishing manufacturing plants which could assist in meeting the needs of its expanding population. The group now owns a number of flour mills, a sugar refinery and is responsible for building the largest cement plant in sub-Saharan Africa.

Their lists of ‘firsts’ is not expected to cease, following the recent announcement of their latest pioneering venture, the construction of Africa’s largest petrochemical and fertiliser plant—a $9 billion project expected to be built over the next five years, creating over 30,000 jobs. On completion, the plant will halve the importation of processed fuel products into Nigeria, and completely eradicate the need to import fertilisers to support the growth of the economy’s renewed focus on agriculture. Like other leading conglomerates, the plant will be self-sufficient in power and recycled water and longer term expansion plans will look to contribute excess power production to the national grid for the benefit of surrounding communities.

Standard Chartered was the lead international coordinator for Dangote’s $3.3 billion syndicated loan, and we will continue to use our strengths and capabilities to live our promise in being ‘Here for good’ and supporting transformational companies like the Parco Group and Dangote.