Standard Bank, the UNEP, and the German Federal Ministry of the Environment: Catalysing low-carbon Growth in Africa 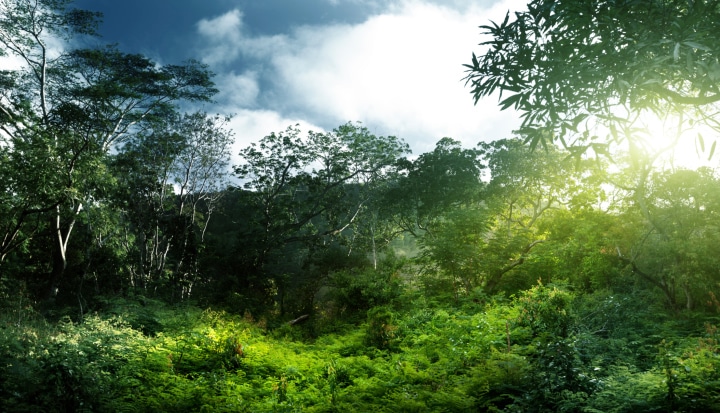 Standard Bank, the UNEP, and the German Federal Ministry of the Environment: Catalysing Low-carbon Growth in Africa

It is commonly understood that while developing countries contribute the least to climate change, they are likely to be hit the hardest. According to the Intergovernmental Panel on Climate Change, Africa is the most vulnerable continent. Africa can expect above-average increases in temperature and increased aridity, making a “green revolution” difficult to achieve and jeopardising progress against poverty on the continent. Carbon markets have a great deal of potential to catalyse low-carbon business models and put entire industries and economies on more sustainable growth paths. However, the carbon markets in Africa have only just begun to develop. According to the United Nations Environment Programme’s Risoe Center, $84 billion was invested in emerging market emissions reduction projects worldwide in 2009, only 2% of which was in Africa. Constraints include lack of familiarity with such projects and the high transaction costs of getting them done.

ACAD aims to kick-start Africa’s carbon markets by facilitating access to financing for carbon projects and by building carbon financing capacity into the mainstream financial sector.

The facility acts in three primary ways. First, it provides targeted grants to defray early-stage expenses and bring carbon projects into the realm of investability for commercial financial institutions. Such projects already have relatively long time horizons to profitability compared with other projects banks might finance; to access carbon credits, they also have to fulfill requirements like Clean Development Mechanism documentation, carbon auditing, and environmental and legal studies. ACAD grant funding helps to reduce these transaction costs, especially for smaller companies that would have been unable to apply for carbon credits on their own. Grants can be provided up-front or in the form of reimbursement for eligible expenses.

To be eligible for ACAD funding, projects must be located in sub- Saharan Africa and have high potential for replication in the region. Projects can use any methodology to generate carbon credits except “carbon sinks” (for example, afforestation or reforestation) – but they must expect to generate them within three years. ACAD reviewers also consider the number of credits the project is capable of generating over its lifetime. Projects must be relatively likely to obtain financing, but need ACAD support to get there.

UNEP, BMU, and Standard Bank play complementary roles in the Africa Climate Asset Development facility. BMU has provided funding from its International Climate Initiative. UNEP has channeled that funding via a cooperation agreement with Standard Bank, which acts as the facility secretariat – generating dealflow and disbursing funds. UNEP also provides technical assistance. Bringing distinct skills to a shared set of objectives, the partnership is more effective than any of the partners could have been on their own. A key lesson learned has been to invest sufficient time in building those shared objectives, setting clear targets, and maintaining regular communication to review progress against them.

Based on their success thus far, the partners are now seeking additional sponsors in order to expand their activity and impact. The intent is to continue to build the facility as a model that can be used to increase the number of replicable carbon projects in Africa, as well as accelerate the cost-effective delivery of funds available for carbon reduction projects internationally. In the longer term, ACAD could attract commercial financing and become a hub for providing loans and equity, in addition to grants. Increasing the number of projects, of Africa-relevant carbon reduction methodologies, and of financial sector professionals capable of recognising and developing low-carbon opportunities will help flatten the emissions curve associated with the growth Africa needs to improve the quality of life for its young and growing population.