Beyond CSR in Spain 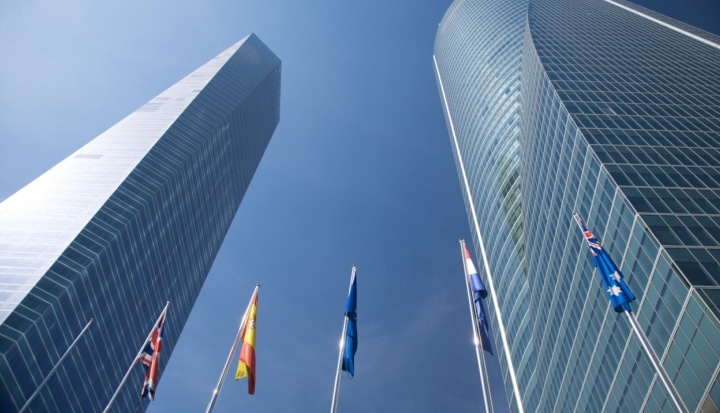 Beyond CSR in Spain


Spanish businesses say they want to pick up the pace of their community impact programmes in Central, South America and Africa, suggesting a coming of age for Spain´s business impact internationally. Can Spanish companies scale up their national experience to slipstream to the forefront of community development programming on the global stage?

Seventeen Spanish companies featured on the 2013 Dow Jones Sustainability Index released on 12th September. On the same day, Spanish oil major Repsol announced a new sustainability plan for 2013-2014 marking a departure from its previous model. The plan will see the company carry out 367 specific projects targeting the Americas and the Iberian peninsula, eventually rolled out to all its countries of operation.

This perhaps marks a pivotal shift that has been taking place amongst Spanish companies over the last five years. In an upshift led by senior executives, Spanish companies are clearly moving beyond CSR to building more innovative and holistic sustainability models.

Antonio Brufau, Chairman and CEO of Repsol, echoed this in saying “the challenge of building a sustainable development model is hugely important for a global energy company like Repsol.”

While Spanish companies were quick to embrace CSR over a decade ago they have to date seemed a step behind their international counterparts in other areas of community impact, inclusive business, value chain or enterprise development in their countries of operation; remaining firmly in the CSR camp. Meanwhile, they employed a wealth of innovative social enterprise, inclusive business and community impact models nationally.

Yet over the last two decades Spanish businesses had to both liberalise and internationalise, making the leap from a political economy of import substitution under Franco to the current Rajoy government internationalisation-led growth. It has in some ways seemed that Spanish companies have been lying in wait to take their community engagement internationally to the next rung.

Repsol’s new approach is founded on broad community engagement to understand its expectations, against which it will measure and review its progress annually. More than 100 representatives of clients, suppliers and NGOs, amongst other stakeholders, were interviewed with more consultations ahead as part of this continual assessment process. It has launched new activities in value chain development, community impact and environmental programmes, amongst others.

At the launch of the plan, John Ruggie, Human Rights and International Affairs Professor, Harvard University’s John F. Kennedy School of Government reminded us that “the impetus from senior executives is a critical starting point.”

Spanish businesses have a well-established history of national community development programmes spear-headed by senior-level executives. They became entrenched in social and economic development programmes during reconstruction efforts following the demise of the Franco dictatorship. The country’s savings banks - or Cajas – , have run as private foundations, making social impact part of their core business – and dedicating almost a quarter of annual profits to social and economic impact programmes across the country.

Spain’s private sector broadened its international presence from the beginning of the recession in 2008 and with this began embracing wider social and economic development programmes abroad. Presently, more than 60% of turnover by IBEX 35 companies is being generated abroad. Around 40% of the globe’s transport infrastructure is built or managed by Spanish companies according to Spain´s Ministry of Foreign Affairs and Cooperation, while Spain’s leading telecommunication company is the fifth largest in the world.

Spanish Banks, Santander and BBVA have come to dominate banking systems in Latin America. BBVA runs a number of programmes including a wide-ranging microfinance component and financial education scheme; the “Get on with your future” - “Adelante con tu futuro” in South America reaches almost 20,000 beneficiaries. Last year it launched a Youth enterprise initiative in Mexico and Peru “Change your world”, “Cambia tu Mundo”. It also has a dedicated innovation department and ranked second in the 2012 Social Media Sustainability Index. Santander Bank, ranked Best Bank in the World in 2012 in the annual Euromoney survey, is also incorporating sustainable business models into its core operations in Latin America, providing grants and financial education to SMEs.

Perhaps this is a coming of age for Spanish companies who are increasingly innovating within their sustainability models and it will be interesting to see what happens next as Spanish companies step up a gear in their social development agendas. Current learning on practices could be enhanced, perhaps, with further consideration of questions this raises including; What lessons can be learnt from senior-executive led national community programmes? Could Spanish businesses have adapted their models sooner if we had more incentives and knowledge specific to those businesses in the process of expanding internationally? What incentives and awareness can be provided for companies in expansion stages of growth? Such considerations may have implications in the future as businesses in developing countries, many of which have strong social impact elements, hopefully expand across their borders.