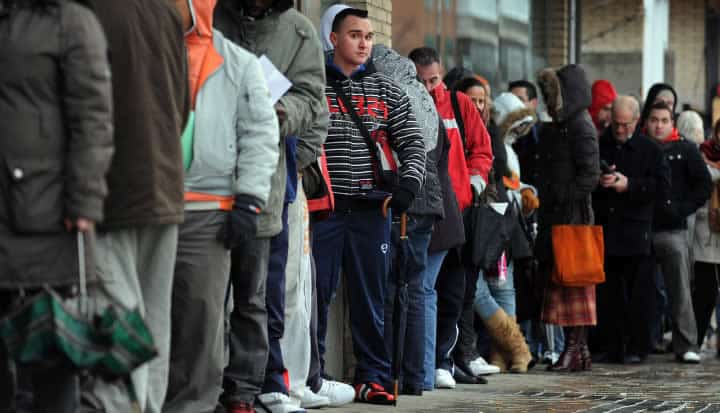 Click here for more stories about
Uncategorized
Saturday May 11 2013


Last week a well-spoken man in his late fifties came to the door asking for food. Gaunt and tired, he came in for some rice and left with a couple of oranges. He could not face another meal from the food charity. “No substance”, he said. One of many of his age in Spain that have ended jobless since reforms a couple of years ago made it easier to fire more established workers. They have used up their benefits and are trying to make it through to another job or their pensions.

I couldn’t help think back to when I was growing up in post-Franco rural Spain in the 1980´s, when hungry people came knocking at the door for food what seemed like every other week. Birds were scarce, as an elderly woman remarked: “Everyone was so hungry, we shot and ate them”. Roads were un-paved.

Those days seemed long gone as Spain boomed headlong into the 21st century, catching up with the rest of Europe at lightning speed. European Aid flowed into the country. Large infrastructure projects were undertaken creating one of the largest high-speed rail networks in the world, Spain became a world leader in renewable energy technologies and the construction industry boomed. The legacy, though, is ten deserted airports, an over-scheduled and debt-worried high-speed rail network and dunes of empty housing estates scatted around the country.

It seems the era when Spain was discussed alongside other emerging economies in Latin America and Asia, is returning to the country; Caritas, the charity organising food hand-outs, saw requests for aid in Spain more than triple since the crisis began to over one million people seeking assistance.

Spanish unemployment hit 27.2% in the first quarter – around 6.2 million people without work, according to official figures published on the 25th April. This was followed a few days later by another round of austerity measures announced by Prime Minister Mariano Rajoy.

Those same figures tell us that around 47% of this 6.2 million have been unemployed for more than one year (state unemployment benefits stop after two) and almost 2 million families in Spain have the entire households´ active members unemployed.

The government has used the deteriorating employment situation to undertake long-awaited and unpopular measures to overhaul the labour market. These include reducing labour costs to increase its competitiveness internationally; and fixing two main problems: flexibility and contractual duality.

Rigidity in Spain´s labour market, largely due to industry-wide collective worker agreements and strict professional classification pay structures, has restricted the labour market´s ability to adjust to shocks, i.e. companies haven’t had the power to reduce wages, hours or working conditions in response to adverse market conditions as they ordinarily would in other markets, so the only option left to them has been lay-offs.

Similarly, due to the high hiring and dismissing costs of indefinite contracts, Spanish companies have tended to keep workers on temporary contracts, dismiss and re-hiring contractors according to market fluctuations or seasonality.

Built into recent reforms is the understanding that they may aggravate the employment situation in the short-term – indeed, in the last 12 months nearly 800,000 people have lost their jobs - but will brace the labour market for future shocks and will hopefully attract foreign investors. Spain has seen very little in terms of significant foreign investment since the recession began and many foreign companies have repeatedly cited the rigidity of Spain´s labour market as one of their main reservations, according to Invest in Spain´s annual Barometer of the Business Climate.

To truly re-launch Spain´s labour policy, the structural adjustment underway needs to be coupled with a deeper focus on home-grown potential. Spain runs a number of incentives including an entrepreneurship campaign tagging SMEs and entrepreneurs as a key element of Spain´s economic recovery; social security rebates for companies hiring new young workers; incentives for employing PhD graduates, and for training. Yet, in the last 12 months self-employment has dropped off by nearly ten thousand, according to official figures and graduates are leaving the country in swathes. These incentives are perhaps too few, too diverse and seem to almost seem to be an after-thought.

In pushing through long-needed and unpopular measures Spain´s government is treading a fine line between necessary reforms and civil unrest. The number of young Spanish workers under 25 without a job is rapidly approaching 60%, about half of which are classed as part of ´Generation Ni-Ni´, a generation of under 25´s who don’t have a job and aren’t studying and aren’t looking for either, such is their disenchantment with the labour market.

Spain is experiencing an upswell of ´indignados´- ´outraged´ citizens; a bulging squatters movements; and endless demonstrations against austerity measures.

Amid this backdrop, government and IMF projections look optimistic, when they suggest unemployment will peak this year at 27% before a rebound in job creation and growth in 2014.

Earlier, I saw a neighbour in the woods with his shotgun, hunting for pigeons again.

Stephanie is a Staff Writer at Business Fights Poverty.