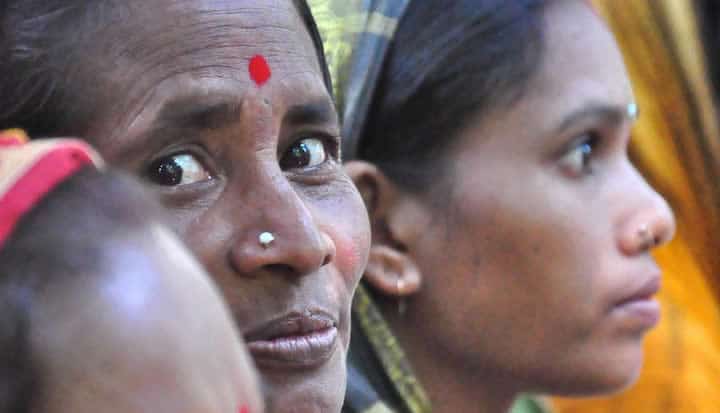 
Millions of Australians will end it comatose, as the annual Melbourne Cup tradition of drinking-your-entire-body-weight-in-beer-before-lunch will ensure that particular country’s collective outputs for 24 hours will be, at best, sub-optimal. As the table-top dancing down under comes to a close, the United States of America will awake to Election Day, with polls still saying the result is "too close to call".

In Saigon, very little attention is being given to either of these events by the locals today. Many international media outlets have tried to express what the US Election outcome will mean to the rest of the world. For the lady who sold me a coffee on the street outside our office just now, it is implausible to find a connection between her daily grind with that of the politics playing out on the other side of the world.

But this gap is shrinking. It will continue to take further generational change for some of the positive aspects of global citizenship to really shift the status quo. But it will happen. And the role of the private sector in accelerating this is finally being recognised. Business as usual is changing.

In the UK, a decade ago, the notion of corporate social responsibility (CSR) was a nascent one. Companies such as Cadburys would tell you they were founded hundreds of years ago on the notion that a “healthy community meant a healthy business”. This is probably true enough, however it was only at the tail-end of the 20th Century that CSR really became an accepted notion.

And even then, it was seen as an appendage to what a company actually did to make money, rather then being intrinsically linked to how the business made money.

Wind forward to 2012 and CSR is talked about much more now as part of a responsible company’s “DNA” and is being linked to profits, whether through such things as responsible supply chain management, or looking after your own employees in a way that retains their service and boosts productivity.

In the emerging economies across Asia – Vietnam being a classic example – it is en vogue to talk about “shared value”, the idea that business can deliver economic, social and environmental returns on the investments it makes.

There are billions of future consumers and producers in this region, as well as in Africa, whose decisions and actions will shape the future of every industry. Done well, responsible investment by those businesses who embrace collaboration and working alongside others, is showing signs of representing the type of overall approach and sentiment required to unlock answers to the current stock of global issues (eg food, water, climate, energy).

Last week, CARE International partnered at a Public-Private Partnership (PPP) event hosted by PublicAffairsAsia in Singapore, where some of these sentiments around future ways of working across the sectors were discussed.

What we learnt was that PPPs are providing one solution to tackling some of the common issues faced by the different sectors of society. In the three way nexus to which we have been accustomed, governments are traditionally responsible for state reform and welfare, businesses drive economic growth, and NGOs/civil society look after the social and environmental pieces.

These roles, however, have blurred...

NGOs are experimenting with new operating models that are not always non-profit. CARE, for example, just launched a new profit making social enterprise called JITA in Bangladesh, a rural distribution service employing women traders to sell household products to hard to reach communities. Danone are an equity shareholder in JITA, which aims to reach 10 million rural Bangladeshi consumers and employ over 10,000 tradeswomen over the coming years.

On the side of business, most large corporations have established charitable foundations, into which they generate profits for social and environmental projects. Many of these foundations are run in the same way as international NGOs, with developed advocacy positions across a range of issues.

Governments, too, are changing the way they invest aid funding into specific countries, switching between bi-lateral relationships with host governments to more multi-lateral engagements involving NGOs and the private sector.

Looking for that "win-win" scenario

The very nature of the way these different sectors interact, build alliances, engage, debate, and critique, is having to accommodate the fact that the historic lines of definition which separate us all, are converging.

It is very rare now that academic institutions are also not present at the table when these conversations are underway, or when multi-stakeholder initiatives are being hatched and co-created. Bringing in academia more purposefully in measuring and evaluating large initiatives which involve different players is vital – more than ever – if we are to really understand whether a more joined up approach can solve some of the many issues that society continues to address.

The question years ago used to be “does aid work?” This remains a relevant line of enquiry, but increasingly the attention is being rightly re-directed towards a change of mind-set.

Placing technology, academia, social media, and various other functions, more front and centre within the international development arena is exciting, and might help ensure in the future that progress against Millennium Development-type-Goals can be measured in strides, rather than steps.

But. Winning over hearts and minds, and promoting new thinking about collaboration within individuals and organisations, is key. So, too, is the idea of sometimes taking risks in how our respective organisations seek to find those "win-win" scenarios, testing pilots, being prepared to invest in innovation, and in new ideas. All of such approaches will be the future litmus testing criteria that - in my mind - will ensure we are on the right tracks.

This evening, in Saigon, whether I'm raising a glass to the east, and to those die-hard Melbourne Cup fans still going, or to the west, and to the Presidential outcome, the celebration that should be most anticipated is perhaps that of how we make best those opportunities which await us all when we wake up tomorrow morning.