Profit: The New Corporate Motivation to Do Good 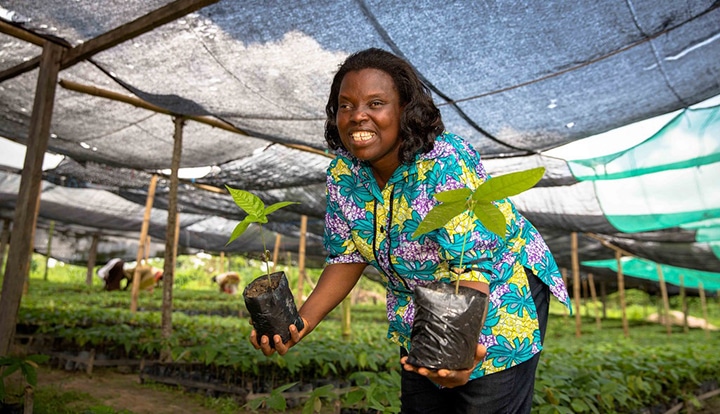 Profit: The New Corporate Motivation to Do Good


Eduardo Porter’s July 16 column in The New York Times, “Motivating Corporations to Do Good,” offers an outdated view in suggesting that corporations cannot be expected to take a leading role in addressing the world’s problems. The unrelenting pressure to maximize shareholder returns, he argues, outweighs the good intentions behind corporate philanthropy and corporate social responsibility.

What Mr. Porter has missed, however, is the growing realization by leading companies around the world that solving social and environmental problems is no longer just about good intentions, but is an increasingly important source of profits and competitive advantage. He cites Novo Nordisk and Unilever as examples of companies that seem to approach social engagement differently—and he is right. But the list doesn’t stop there.

When GE pins its growth on new energy saving products, Novartis brings medicine to millions of new customers in rural Indian villages, Walmart commits to eliminating waste and purchasing only sustainably caught fish, Pearson decides to test the efficacy of their educational products, and Nestle reduces the fat, salt and sugar content while increasing the nutritional value of their food products, these companies aren’t acting on good intentions alone. They are seeing bottom line returns that reward their shareholders from launching new products and markets, increasing productivity in their value chains, and strengthening the industry clusters in regions where they operate. As the noted corporate strategist, Professor Michael E. Porter and I wrote in Harvard Business Review, they are creating shared value. And around the world, more and more companies are incorporating shared value into their core business strategies, some even taking a social purpose as their company’s central competitive position.

Mr. Porter’s analysis perpetuates the mistaken assumption that there is a contradiction between doing good and making money. In fact, capitalism is the quickest way to sustainably scale any social innovation. Multinational companies operate on a scale equal to – and often greater than—foundations, nonprofits, and even many governments. At a time of shrinking government revenues, companies leverage vast amounts of investment capital. They bring cutting-edge technologies, big data, and specialized skills to address unmet needs. Competition continually drives innovation and efficiency. In short, when companies decide to tackle social problems as business opportunities, they produce results for both their shareholders and the world.

This is not to say that all companies are benevolent in terms of products, operations, or influence. There are still companies that sell cigarettes, cause pollution, underpay workers, and fail to recall cars with deadly flaws. Philanthropy and glossy CSR reports will not compensate for the harms they cause. Nor does shared value replace CSR or philanthropy. Acting responsibly, complying with laws, and giving back to their communities remain obligations of every company.

Mr. Porter suggests that the solution is to rely on elected governments instead of companies to address society’s challenges. In this, his thinking moves from anachronistic to wishful. With a few exceptions, most notably the Scandinavian countries, it is hard to argue that elected governments have done a very good job in handling these responsibilities. Many elected governments, such as the US, seem to be paralyzed by conflicting agendas, unable to effectively address domestic issues or work with other governments in responding to global threats such as climate change.

Companies are not charitable organizations, and we should not expect them to solve all social and environmental problems. Governments, foundations and nonprofits all have essential roles to play. But they cannot replace the private sector doing what it does best—innovating and delivering market-based solutions.

Rather than come up with new ways to motivate companies to do good, shared value, already on the march, offers a way for companies to capitalize on their intrinsic motivation—profit—to solve social problems.

3 responses to “Profit: The New Corporate Motivation to Do Good”