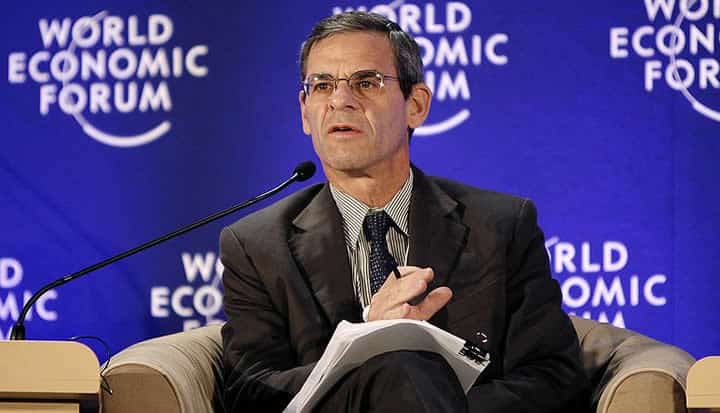 You have published a number of studies on the impact of business in Africa. Why do you see these studies as important?

About 15 years ago, I discussed with Harvard Business School Press the idea of writing a book about the impact of foreign direct investment in developing countries, but at that time companies were not willing to do in-depth case studies on their operations to enable that type of analysis. I gave up on that book project until Unilever asked me to do a study on their economic impact in South Africa, published in 2008. Traditionally there have been very few companies willing to look seriously at their impact on the ground – looking at data and facts – and moving beyond their CSR reports. In this respect, Unilever made a bold move.

Since then, I have worked with a number of businesses looking at their impacts, including SABMiller in Uganda and Standard Chartered in Ghana. My hope is that these sorts of studies will act as a motivator for other companies to look more seriously at measuring their impact. There are a lot of important things that businesses contribute to development, but they have traditionally done a bad job of making their case and engaging the public with the data.

What is driving business interest in measuring their impact?

What have been your main findings?

The messages are overwhelmingly positive from the studies I have conducted so far. Looking at the direct and indirect impacts of these companies’ investment, there are strong employment impacts, and very significant value add to the economy (in terms of salaries, taxes and profit).

In 2005, Unilever South Africa and its employees were directly or indirectly responsible for generating output of more than R32 billion and, in the process, supporting approximately 100 000 jobs throughout the South African economy. This means that for every job directly based at Unilever South Africa, another 22 workers depended upon the company for some part of their livelihood. In total this represents 0.8 per cent of total South African employment. The analysis shows that Unilever’s contribution to value added throughout the economy amounted to R12.5 billion in 2005 – 0.9 per cent of the country’s GDP. Combining direct and indirect taxes, as well as the taxes paid by their suppliers, Unilever South Africa was responsible for generating R4 billion, or 0.9 per cent of total government tax revenue.

SABMiller’s Uganda subsidiary, Nile Breweries, was directly or indirectly responsible for generating value added of US$92m (including US$55m in taxes) and approximately 44 000 jobs throughout the Ugandan economy in 2007 – approximately 100 jobs for farmers and workers were supported for every job directly based at Nile Breweries. In 2009, some 8,000 farmers earned close to 70 per cent of their income by growing sorghum for Nile Breweries. Between 2002 and 2007, farmer income increased seven-fold. Nile Breweries provides farmers with a guaranteed minimum price for their sorghum, providing them with an important ‘insurance policy’ in the face of significant commodity price volatility.

In the case of Standard Chartered in Ghana, in 2009 it provided Ghanaian businesses, consumers and government agencies with nearly US$900 million of financing, more than any other private commercial bank operating in the country. That lending generated US$400 million of value-added in the nation’s economy, equivalent to 2.6 per cent of GDP. Meanwhile, the bank’s activities helped support 156 000 jobs in Ghana, equal to about 1.5 per cent of the active workforce.

What can business do to further enhance their impact?

In each case I have looked at, I recommend specific actions that companies can take to increase their impact. For instance, one of the most powerful impacts a company can have is through the purchases it makes from suppliers. Enhancing local sourcing, and helping suppliers maintain and improve their productivity levels so that they remain competitive can have very large benefits for the economy. More broadly, companies need to continue to do serious research to enhance their impact on the ground.

What can governments do to enhance the positive impacts of business?

Above all, governments must drive progress on international and intra-African trade. Beyond that, governments must ensure a policy environment that promotes private sector investment, enhances the ease of doing business and drives the growth of small and medium enterprises. Without this, countries will not be able to generate economic growth and reduce poverty, inequality and unemployment.