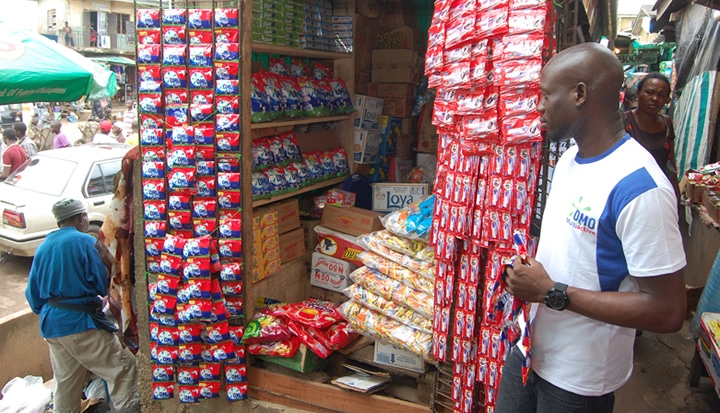 Click here for more stories about
Trade
Friday May 16 2014


Simultaneously chaotic and dynamic, Nigeria epitomises the challenge and potential of African markets.

Over the past three years, Ernst & Young’s Africa attractiveness reports have highlighted the continent’s steady rise. Our research, which includes both investor surveys and analysis of greenfield foreign direct investment trends, has helped to provide some quantitative substance to the growing perception that African markets offer an exciting growth and investment opportunity.

What our research has also highlighted, however, is a lingering perception gap between those companies already doing business on the continent and those with no business presence. We have recently completed our fourth annual survey, and the perception gap continues to persist—those respondents with an established business presence in Africa are more positive than ever about the continent’s prospects, and, for the first time, have also ranked Africa as the most attractive regional investment destination in the world today. In stark contrast, respondents that have not yet invested remain negative, ranking Africa as the least attractive regional investment destination in the world.

“There is a lingering perception gap between those companies already doing business on the continent and those with no business presence.”

In many respects, Nigeria epitomises this almost bi-polar view of Africa: for many of us already doing business on the continent it is an exciting, dynamic, high octane growth market; for some others, often on the outside looking in, it seems chaotic, unstable, and uncertain. The reality is obviously less cut and dried than either of these extremes and in many respects depends on the perspective that one chooses to adopt. Nevertheless, we certainly believe that the facts support the more positive perspective on Nigeria and its prospects as an investment destination.

The numbers tell us that greenfield FDI projects into Nigeria have grown at a compound rate of close to 20 per cent since 2007, positioning it among the 10 countries with the highest growth rates in Africa. Nigeria has also attracted the most FDI capital and the second most FDI projects in sub-Saharan Africa over that period, making it one of the star performers in a period in which FDI flows into the region have been fairly robust.

What is equally positive is the increasingly diversified nature of the investment. Although about 70 per cent of the FDI capital invested into Nigeria since 2007 has been into the capital intensive resource sectors (primarily oil), more than 50 per cent of FDI projects are service-orientated. There has been particularly strong growth in investment into telecommunications, with the sector attracting one in six of all FDI projects since 2007.Growth in investment into other service sectors like financial services, consumer products. tourism and business services, further highlights the growing opportunities emerging in these sectors.

A key driver of growing levels of investment has been Nigeria’s robust and sustained economic growth. Over the past decade, the economy has consistently registered high single digit growth rates. Nigeria’s economic performance is still somewhat dependent on oil, and remains susceptible to changes in the oil price. However, as the FDI trends indicate, it is the non-oil sector that has been the main driver of growth in recent years, led by agriculture, services, and wholesale and retail trade.

However, like most emerging markets, Nigeria will continue to face its fair share of challenges. Corruption, threats to physical security and poor infrastructure are among those often cited as constraints to investment and doing business. Arguably though, power shortages have been the biggest constraint to expanding investment and doing business. Nigeria has one of the lowest per capita national power supplies in the world, and most businesses rely on fuel-powered generators for reliable power. Besides the cost this adds to doing business (estimated to be as much as 40 per cent in some sectors), it also significantly hampers broader industrial development. Recent progress made in the process to privatise the power sector should significantly increase levels of investment into electricity generation and distribution, and could transform the business environment in Nigeria.

Despite these challenges, and while many other emerging markets are suffering from the consequences of global monetary tightening, the Nigerian economy has remained remarkably robust. EY recently developed a heatmap to illustrate the economic vulnerability of a group of 25 different emerging markets, drawing on previously published research into currency and banking crises, and ranking each country under seven indicators of risk (current account balance, government debt, inflation, currency volatility, etc.). According to these indicators, Nigeria has the third highest overall ranking among all these emerging markets (and is also well ahead of the aggregate ranking for the US, Japan and Germany). This strong macro-economic management, coupled with progress in the political domain, provides us with confidence that overall growth rates will continue in the 5-6 per cent zone for the foreseeable future—even if size of the economy is raised by as result of the GDP rebasing exercise.

Given these continued growth rates, an improving business environment, a portfolio of active infrastructure projects with a value close to $100 billion, and, of course, a population of about 170 million people, Nigeria’s billing as a powerhouse in a dynamic, high growth region is certainly justified. As a result, we anticipate that Nigeria will continue to be a key hub for investment into Africa, and is likely to emerge as one of the most attractive developing market investment destinations in the world in coming years.

1. Overall Scores are based on the addition of the seven rankings. EY has then normalised the total rankings from 1 to 20. The highest figure indicates the highest risk.
2. Current account balance shows the strength of the current account balance in 2013.
3. External debt shows the level of external debt over GDP in 2012.
4. Government debt shows the level of government debt over GDP in 2012.
5. Inflation shows average inflation in 2013.
6. Growth in credit market shows the average growth of credit markets as a share of GDP from 2010 to 2012.
7. Import cover shows the ratio of foreign exchange reserves to imports in 2013.
8. Currency change over year shows the change in the currency against the US dollar over teh 12 months to mid-December 2013.