New Africa: From Growth to Jobs 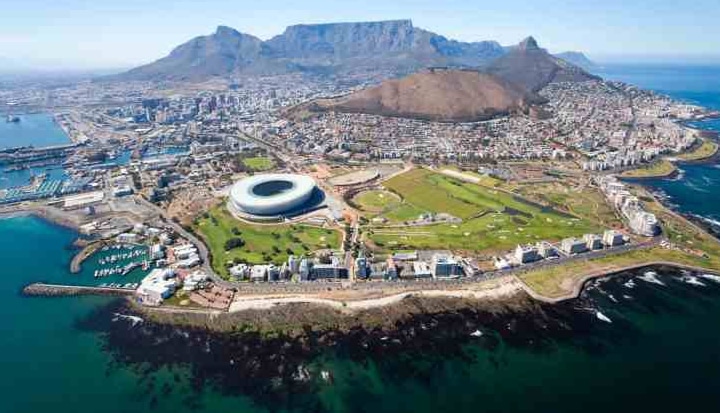 New Africa: From Growth to Jobs

Last month, in the margins of the World Economic Forum in Cape Town, Business Action for Africa and the Initiative for Global Development launched a report – New Africa: From Growth to Jobs. The Report, published as an online series this week on Business Fights Poverty, reflects the new narrative that is emerging on Africa. Investors and business people are waking up to the reality that African economies are bursting with potential.

In many ways the numbers speak for themselves—Africa is growing into the investment mainstream on the back of strong economic performance almost across the board. Investors are recognising the opportunities opening up across the continent. Among the striking statistics highlighted in the Report:

The New Africa Report brings together a range of African business voices to get behind these numbers and to share their perspectives around two themes: that Africa is good for business, and that business is good for Africa.

Africa is Good for Business

As Tony Elumelu, Chairman of Heirs Holdings, puts it in his Foreword for the Report, Africa offers “boundless economic opportunity for investors and entrepreneurs”. Yet those not already investing in the Continent remain stubbornly sceptical. In his article, Michael Lalor, a Partner with Ernst & Young South Africa and Director of their Africa Business Centre, highlights an interesting finding from the Ernst & Young 2013 Africa Attractiveness Survey: “Those with an established business, who understand the real rather than perceived risks of operating in Africa who have experienced the progress made and see the opportunities for growth, are overwhelmingly positive”.

The Ernst & Young Survey found that 86 per cent of businesses already operating in Africa believe Africa’s attractiveness as a place to do business will continue to improve, with this group ranking Africa as the second most attractive regional investment destination in the world after Asia. In contrast, among those who have not yet invested in Africa, only 47 per cent believe its attractiveness will continue, and they see Africa as the least attractive investment destination. Michael’s conclusion? “It’s time for a shift of emphasis away from trying to persuade the skeptics toward promoting the believers – from trying to sell the ‘why’ of investing in Africa toward the ‘how’ of driving successful growth of private enterprise across the continent”.

When speaking to those already doing business in Africa – and against a backdrop of the wider improvements in the political and economic environments in many countries – the emphasis is more around the daily impediments that add cost and complexity to doing business. These include issues like contract enforcement, predictability of regulation, bureaucracy, the quality of infrastructure – and, more broadly, the gap that remains between laws that, on paper, promote private sector development and their implementation in practice. A key issue that many companies face is that of market fragmentation and the need for improved cross-border trade and regional integration to create larger markets and opportunities for growth.

Njeri Rionge, the Kenyan serial entrepreneur, citing the World Bank / IFC Doing Business Report, points out that “of the 15 countries in the world with the most delays in registering a company, 6 are African, but those that have improved the most are in Africa as well.” She argues that a priority in Africa is to build the ecosystem of support needed to help drive the transformation underway among entrepreneurs in many economies “from ‘trader’ to ‘businessmen’”. This includes access to affordable finance, as well as the establishment of a host of effective systems – such as IT, accounting, marketing, good governance and transparency.

Business is Good for Africa

While those who know Africa recognise the important opportunities that the Continent offers business, there is also a deepening understanding – among businesses, governments and civil society – of the opportunities that business can bring to help solve Africa’s most pressing social challenges. Tony Elumelu, outlines his concept of “Africapitalism”, at the heart of which lies the idea that long-term investment creates economic prosperity as well as social wealth. Indeed, he believes private sector-driven growth has far greater potential to “improve self-sufficiency and prosperity than charity and development assistance ever have, or ever could”.

In terms of what those social challenges might be, the one emphasised most strongly by our contributors is the need to create enough jobs for the dramatic growth in young people seeking employment. By 2020, Africa will have one of the largest workforces in the world. That brings opportunities but also huge challenges. A workforce without jobs, is not a workforce, and creating the right economic opportunities for the population bulge will be critical to the social and long-term economic development of every country on the continent.

This was an issue that featured strongly in the panel discussion that accompanied the Report’s launch. Moderating the discussion, Lanre Akinola, Editor of the FT’s This is Africa pointed out: “There are between 10 and 12 million young people moving into the labour market each year across Africa and at the moment its economies aren’t generating nearly enough jobs.” As one panellist commented, the path we choose now could lead to a “Demographic Dividend” or a “Sub-Saharan African Spring”.

The private sector will be the engine of creating the jobs that are needed. But this can only be done as a partnership between government – which needs to create the environment for investment and innovation – and the private sector, which needs to think about how best to orient its investments in both its primary operations and its supply chains to make sure that its impact is broadly spread and positive.