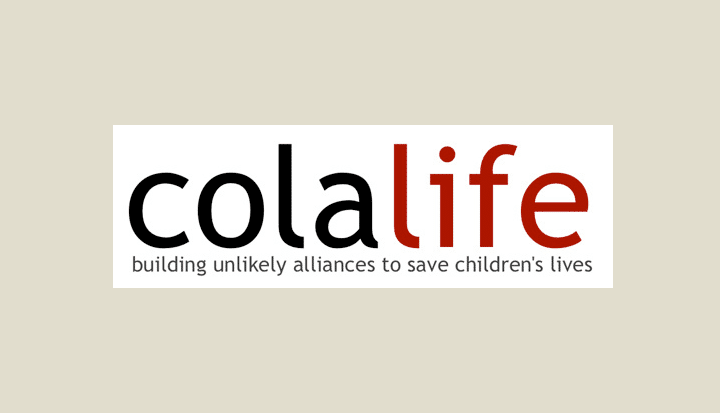 
It is a great honour to be selected as member of the week. Thank you.

I thought I'd celebrate by posting my fiftieth blog post on this site and reflect on how this network has helped me and the ColaLife supporters make the progress we have made.

For those of you who read the title and thought I meant my fiftieth birthday, bless you, but I'm a litle bit older than that!

When the Business Fights Poverty network was first established and adopted its open approach to networking with big businesses - and others interested in the opportunities arising from public/private partnerships - I couldn't believe my luck. I was on secondment to Defra at the time and had just revived a 20 year old idea of mine to piggy-back simple medicines on the legendary Coca-Cola distribution chain. What I needed was a network of like-minds - and there you were!

Now, 3-4 years later I find myself living in Zambia playing out my dream. Jane, my partner in life and ColaLife, and I both decided to give up our day jobs in June 2010 and dedicate ourselves full-time to try to get a trial of the ColaLife idea underway somewhere in Africa. This followed an unwritten statement from the Coca-Cola Company (TCCC), saying that if we could get a local bottler and all the relevant partners together to try out the ColaLife idea, they 'would be supportive'.

Through Business Fights Poverty, I've been able to meet and maintain contact with Coca-Cola Company executives. The company has been supportive in a totally appropriate way. They've let us get on with doing things 'our way', and appreciated the importance of our building a strong, broad partnership. They've involved me in a workshop in Tanzania in 2008, which looked at how they might have a bigger social impact in the way they do business. They provided a small amount of funding to help Jane and I move to Lusaka before the trial money started to flow. They also paid for our voluntary public health and trial adviser to visit, to finalise the trial design before the funding from DfID Zambia was confirmed at the end of 2012.

But it's not just the contact with big business that the network has provided. I've met (and had a heated discussion with) a DfID representative on their approach to funding innovation! And I've met NGOs doing inspiring things. Many members of the network have become supporters of ColaLife on Facebook and this is vital. It's what got us first noticed by the BBC and then Coca-Cola. It's been our (soft) power base.

So what happens next?

The set-up of the trial started on 1/12/11 and we are well into the preparatory phase. The 12-month distribution phase is due to start after the baseline has been established in September this year. Our packaging partner, PI Global, has already developed the prototype packaging that will carry the Anti-Diarrhoea Kits (ADKs) and these can be seen going into crates here:

We have also asked a shortlist of companies interested in undertaking the Monitoring & Evaluation aspects of the trial to compete for this work by submitting competitive proposals.

Once the trial gets underway Jane and I will be following up interest in ColaLife in other African countries.

So, thank you Business Fights Poverty for helping get here. Not everything we are testing will work but we are going to get caught trying our very best!

Some of the key blog posts on the ColaLife website: