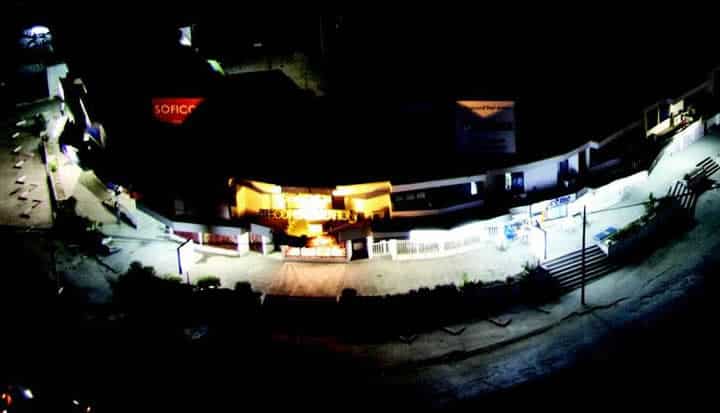 
I was recently at the Milken Institute Global Conference 2013 in Los Angeles and, for the first time in its 16-year existence, four panels were devoted to discuss African opportunities and challenges. A decade ago, perceptions of Africa were extremely negative. The May 2000 cover of a major international publication portrayed Africa as ‘The hopeless continent’. Fast forward to 2011, and the same magazine’s headline was ‘Africa Rising’. There is a buzz about Africa today and the gains are tangible.

The continent has managed compound real GDP growth of 5.1 per cent in the last decade, second only to Emerging Asia. More than half the world’s fastest growing countries are here. Trade and investment links between Africa and the rest of the world are clearly on the uptrend. South-South trade now comprises more than half of Sub-Saharan Africa’s total trade. Generally, inflation has been tamed. External indebtedness and budgetary deficits are at manageable levels and exchange rates are stable. Governance has also improved significantly over the past two decades as evidenced by the many peaceful transitions of government through electoral processes most recently in Kenya, but also in Ghana, Nigeria and Zambia to name a few. With significant improvements in macroeconomic and political stability, the time for Africa is now.

Demographics will continue to underpin and determine Africa’s destiny. The African consumer in 2012, across 54 countries, collectively spent more than consumers in India – more than a trillion dollars. In the mobile space, subscribers have doubled every 30 months since 2000. Africa’s leading telecommunications provider, MTN, is one of many local companies that have ridden the consumer wave. It has been in existence for less than 20 years and yet now boasts a market capitalisation of $36 billion, making it one of the largest global players.

Is there more to come? By 2035, it is estimated that Africa will have more people of working age than either India or China. Given the right skills, training and jobs, they can produce a fertile consumer market. Absent the right jobs, we could see a replay of the Arab Spring. African governments can borrow a lesson from Singapore on making citizens employable through developing a good ecosystem of technical education. Education must focus on employability, not on rote learning of Shakespeare! Corporations also have a role to play in developing local talent. At Standard Chartered we have, over 150 years, learnt the importance of this. Barring one, all our CEOs in Sub-Saharan Africa are Africans. Some 80 per cent of our business leaders in Consumer and Wholesale Banking belong to the continent. We continue to tap on the huge domestic talent pool to drive our Africa business forward.

Of course, the opportunities in Africa are not without challenges. Parts of Africa are becoming costly before they have become rich. Rents in certain cities can match or exceed Manhattan. Productivity, especially in agriculture, is low. It is difficult to achieve scale in single country markets and yet too many barriers exist to intra-continental trade. Unsurprisingly, intra-African trade accounts for less than a sixth of total trade. The increasing emergence of regional trading blocs such as the Economic Community of West African States (ECOWAS) should help address this issue in the future. Capital markets are neither deep nor liquid and there is probably a need for regional consolidation.

However, the biggest challenge of all is the infrastructure deficit. Nigeria has 30 times more people than Singapore, but lesser power generation capacity. It is cheaper and faster to ship a car from Paris to Lagos, than from Accra. Simply put, there is a huge amount of investment that needs to go into infrastructure, estimated at somewhere around $100 billion a year, for the next 20 to 30 years. Home grown, mega-successful entrepreneurs like Aliko Dangote are addressing the gap by building huge, world class facilities to manufacture cement, the mainstay of any infrastructure development.

Standard Chartered is putting its money where its mouth is. A year ago, we committed to invest about $100 million in opening over 100 new branches over the next three years. Over the last five years, our top line in Africa has grown at 15 per cent CAGR and the bottom line at 21 per cent. Our Africa business contributes about 9 per cent of overall Group profits. Given our strategic footprint, we are actively connecting Africa to the rest of the world through a strong trade network.

In conversations addressing the growth of emerging market champions, it will be increasingly difficult to discount Africa as a key player. Global business and government leaders meet in Cape Town this month at the 23rd World Economic Forum on Africa. I expect many insightful and indeed balanced discussions from these interactions, but I am confident that the primary takeaway will echo the words of singer Shakira’s 2010 FIFA World Cup theme song – it’s time for Africa!

V. Shankar is the Group Executive Director and CEO, Europe, Middle East, Africa and the Americas at Standard Chartered.