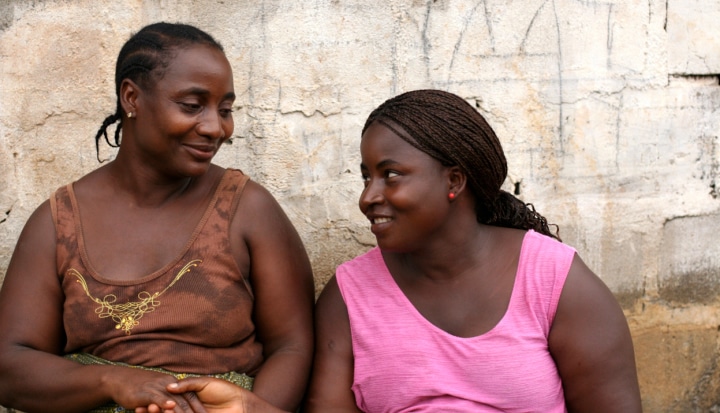 
Inside the Annie Walsh Memorial School for Girls in Freetown, Sierra Leone, we visited a small computer lab established with private donations. On the wall was written simply, “Technology is growing higher.”

Such was the theme of our journey through Liberia and Sierra Leone last week. We were brought together on a Women’s Technology Delegation, or “Tech Del”, to explore how technology can empower women and girls as part of Secretary Clinton’s 21st Century Statecraft efforts, designed to reach out to a broad audience to help solve global problems. Technology Delegations are one of the first demonstrations of 21st Century Statecraft and have happened in nine countries to date, convening executives from technology corporations, foundations, and NGOs to travel to a specific country and meet with foreign government officials, business leaders, entrepreneurs, civil society groups and other social actors to work together on technological solutions to foreign policy challenges.

We were the first technology delegation of all women, the first group specifically exploring how technology can empower women and girls. The Women’s Tech Del was conceived to contribute to Secretary Clinton’s strong commitment to women and girls issues and to further her support for mWomen, a public-private partnership to close the mobile phone gender gap. Providing women and girls with the choices and chances for education, economic opportunity, and access to health care we know she will better her family, her community and her society. Focusing on the well-being of women and girls promotes democracy, promotes stability, and creates more opportunity in societies. Technology and tech based tools can provide access to some of these opportunities.

In both countries, we met with women from all walks of life – entrepreneurs, weavers, teachers, nurses, students, government officials - and we were genuinely moved by their perseverance, strength and dedication after years of war tore apart the region. Our meetings with President Ellen Johnson Sirleaf and Her Excellency First Lady of Sierra Leone Mrs. Sia Koroma demonstrated the inspirational leadership at the top of both countries. Women from the diasporas returning back to their home countries from the U.S. or the U.K. showed us endless courage and love for the betterment of their people.

Josephine George-Francis is one such returnee. Josephine came back to Liberia in 1998 during its civil war and after spending nearly 20 years in the U.S. Together with her daughter; Josephine is managing a farm that produces rice seeds, a mineral water bottling facility and a brick making operation. Josephine’s businesses employ several dozen people and have beneficial impact on farmers in the region who can now gain access to high quality rice seed from a domestic supplier.

Yet, throughout our journey it was also apparent that the challenges in Sierra Leone and Liberia are very real. In Sierra Leone, 1 out of 8 women die during childbirth, giving it the one of the highest maternal mortality rates in the world. In Liberia 85% of the population is unemployed. In both countries literacy rates are low and the national power grid infrastructure and transportation systems are woefully inadequate. When basic human needs like access to clean water, health care, and a reliable power source are not fully addressed, the challenges can feel overwhelming.

Ultimately what we learned is that, despite civil wars devastating both countries less than ten years ago, there is much possibility in Liberia and Sierra Leone, and women are the driving force. Women played a lead role in achieving peace in Liberia, and they continue to lead re-building efforts in both countries, alongside men who are actively supporting women’s leadership roles. Still, there is so much more to do. Women are managing their families, farming the land, running small businesses, holding political offices. They are determined to be the positive change they want to see in their world.

Inspired by them throughout our journey last week, we made a series of key commitments, particularly focusing on how technology can enable women and girls to better access information, education, employment and entrepreneurship opportunities.

In Liberia, the Women’s Tech Del has committed to explore piloting a center that will train and connect youth, specifically girls, to micro-work via the internet. For female micro-entrepreneurs, we will work with the mobile phone industry to try to expand the number of female retailers of cell phone products, such as pre-paid airtime.

In Sierra Leone, the delegation met with a dynamic group of female entrepreneurs who own small-to-medium enterprises. We will work with this group to explore starting a business incubation center that will help them connect to each other for networking, support and sharing best business practices to help drive economic opportunities for women. Training on using technology, as a key business tool will be a part of the center design.

In both countries, we will explore SMS and voice-based information services for health and civic engagement, as well as share best practices on how mobile phones can be used to help incentivize increased literacy. As appropriate, we will also contribute to efforts already underway to develop an enabling regulatory and market environment to expand access to the internet and mobile phones for the people of Liberia and Sierra Leone; as today, the internet is out of reach for most small and medium sized businesses with rates at USD$3500 - $7000 per month, and though mobile phones are more readily available, a women in Liberia is 43% less likely to own a mobile phone.

Technology is not a silver bullet to solve the development challenges we witnessed in Liberia and Sierra Leone, but it can enable change. For the women and girls of both countries, “technology is growing higher” – beyond the physical constraints of day-to-day life and offering a small stepladder to increased opportunities, and we are all committed to help catalyze that change. You too can get involved by signing the mWomen Charter, “Women Deserve the Freedom to Connect.”