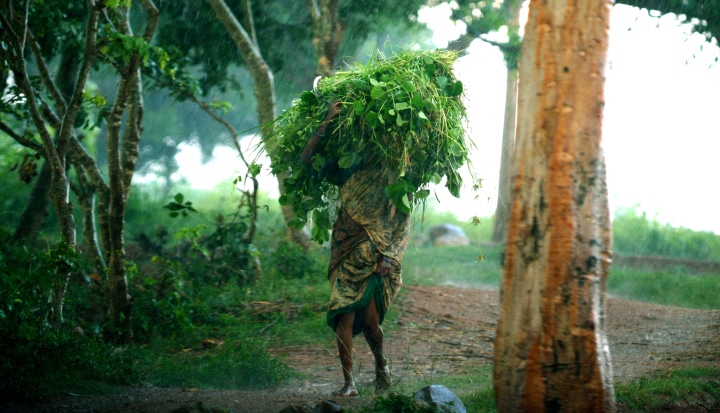 
Farmers in India are accustomed to a certain amount of weather extremes. Much of Indian agriculture is oriented around monsoon seasons that regularly feature torrential rains. But reports from the World Bank and the UN Intergovernmental Panel on Climate Change (IPCC) warn that, as climate change begins to alter weather patterns, growing conditions in the region are likely to become even more challenging and could alternate abruptly between periods of excessive rains and water scarcity.

This escalation in agriculture’s perennial battle against the elements will be particularly difficult for the millions of smallholder farmers in South Asia. These are growers who tend small plots of a few hectares or less and have little, if any, protection against weather-related disaster. For them, climate change is going to be especially perilous.

Just ask farmers in the Indian state of Bihar. They recently got a preview of the wild swings in weather extremes that could soon become the norm across the country. In 2012, dry conditions caused by the unusually late arrival of the monsoon season led to lower rice yields. Then, in the summer of 2013, a rainfall deficit for most of the season was followed by flooding triggered by a tropical cyclone.

In 2012, before the delayed monsoon, several hundred smallholder farmers in the Vaishali district of Bihar signed up for a “weather index-based” crop insurance plan. The plan guaranteed payouts for farmers if rainfall levels recorded at local weather stations verified that there was not enough moisture to sustain their crops. After the rains failed to materialize, the farmers promptly received a payment that allowed them to get back on track.

Today, Vaishali farmers face the new calendar year with hope for the future resting on what the insurance will cover for the substandard yields of 2013. In years past, two years of poor weather would have devastated their families.

The farmers in Vaishali are participating in a Climate Smart Villages project developed by the CGIAR Research Program on Climate Change, Agriculture and Food Security (CCAFS). The program provides technical advice and support to some of the world’s most vulnerable smallholder farmers. Together, the researchers and farmers are testing a wide assortment of interventions to help them sustainably increase food production, even as growing conditions become more stressful. As part of the project in Vaishali, farmers were offered the weather index-based plan, administered by the Indian Farmers Fertilizer Cooperative and Tokio General Insurance.

Weather index-based policies are now protecting some 12 million farmers in India who are growing 40 different crops across 15 million hectares. That’s a good start. But India is a country with 1.2 billion people who depend—either directly or indirectly—on agriculture. There are likely still millions of farmers working without a safety net.

In 2014, India has an opportunity to make insurance a much more effective tool for protecting smallholder farmers from climate-related risks. And expanding access to weather index-based insurance is just one way to do it.

For example, CCAFS is working with the Agriculture Insurance Company of India to develop insurance plans for smallholder farmers that are administered by the communities where they live. A pilot program to test the approach is now underway with groundnut farmers in the Anantapur district of Andhra Pradesh and with rice farmers in the Nawada district of Bihar.

Under the program, community representatives equipped with specially designed, GPS-enabled hand-held computers periodically document conditions in farmers’ fields and transmit photos and videos to the insurance company. If crops are damaged, this information serves as proof for a claim.

Like the weather index-based plans, these community plans are designed to provide objective evidence of damage that is relatively easy to obtain and gives both farmers and insurers confidence that claims will be fairly made and fairly paid.

Clearly, to adapt to climate change, smallholder farmers will need more than just innovative forms of insurance. But as weather-related risks rise, crop insurance that is affordable and trustworthy can be crucial.

It can provide a foundation of stability and confidence that empowers farmers to pursue other innovations, such as more sustainable approaches to irrigation and water storage, better soil conservation and more productive crop varieties that collectively can help provide food security for the region not just in the new year, but in the daunting decades to come.

2 responses to “Innovations to Protect Farmers from Climate Risks”