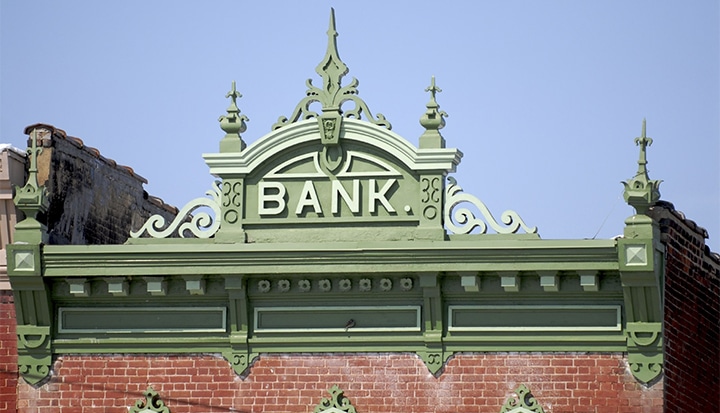 
An interview with Robert Johanson, Chairman, Bendigo and Adelaide Bank

What’s good for business is good for the community. Think about this mantra, and how likely it is to come from the financial sector. Having trouble picturing a bank that serves the greater good? Bendigo & Adelaide Bank Chairman Robert Johanson (pictured at right) has made it his job to change your mind. We recently asked him about his bank’s innovative business model that creates simultaneous value for both his business and local Australian communities.

The following interview is part of the series Leading Shared Value, spotlighting the presenters at the 2015 Shared Value Leadership Summit: Business at its Best.

Why is shared value one of your priorities as a leader of Bendigo and Adelaide Bank?

It is the foundation stone of the bank’s strategy. Founded in a gold rush town in 1858, we are Australia’s second-oldest deposit-taking institution. Our founders’ stated aim was: “The assisting of citizens in acquiring their homes upon easy and convenient repayment terms in keeping with their earnings, and, at the same time, providing a profitable form of investment for the thrifty investor who is willing to contribute his savings towards such a worthy object.” Unspoken in that motion, but very much evident in other actions, was the desire to build a permanent and prosperous community from what was at that stage little more than a collection of tents and huts grouped around alluvial diggings. Had our founders known the term “shared value,” I’m sure they would have used it. They certainly had an intrinsic understanding of the role that business plays in society; feeding into prosperity, not off it. And this has been fundamental to our success.

So in the recent Global Financial Crisis our deposit base remained resilient, we did not access the Australian Government guarantee for wholesale funding, and whilst others have fallen by the wayside over the years, we have grown into Australia’s 5th biggest bank.

What is the burning social issue that’s affecting the banking and financial services sector? How can this issue be addressed through shared value solutions?

Trust! There’s no doubt that the ongoing need in business (as in banking) to continually innovate often manifests in efficiency innovations through ever-increasing scale, which of course delivers great increases in value. However we need to be mindful that of the variety of stakeholders who enjoy the value created by a business, and there needs to be a fairness and equity over the long term to each stakeholder. So as we make decisions about centralisation (for example), how do we ensure that we are delivering better value? Shared value solutions can have a role here.

How are you innovating for shared value at your organization? Share an example.

Bendigo has developed and implemented a unique banking model, Community Bank®, which shares risk and reward with local communities. The model was developed in response to a mass withdrawal of banking services from communities. Between 1993 and 2000, more than 2050 bank branches closed across Australia – almost one-in-three branches shut and many communities were left without branch banking facilities. This hastened community decline, as people travelling to bank also shopped elsewhere.

The Community Bank story started in 1998 when Bendigo Bank partnered with the small Australian farming communities of Rupanyup and Minyip to establish a banking pilot to return banking services to the towns. It succeeded, and since the twin branches inception a decade ago, they have channelled more than $700,000 in local profits back into community projects.

A Community Bank branch is a locally owned and operated company which functions as a franchise of Bendigo and Adelaide Bank. Usually around 300-500 local shareholders own the franchise company under their own shareholder one-vote constitution. The Bank provides the coverage of its banking licence, a full range of banking products, deposit protection, training of staff and ongoing support. The local company employs the staff and pays branch running costs such as leases, wages and utilities. The Bank and the community company are each entitled to agreed portions of the branch revenue. When the local company begins to make a regular operating surplus, its profits are available to be reinvested back into the community through grants to community groups and projects (up to 80 per cent of profits) or to pay local shareholders a reasonable dividend.

The model has proven to translate into metropolitan communities and is now one of the fastest growing banking networks in Australia. As of 30 September 2014, the Community Bank branch network has grown to 305 branches with 1544 staff members, 1911 directors, and over 1 million accounts. In social impact, the work has resulted in $134.7 million in donations to local groups and projects. And on the business side the program has yielded $26.8 billion in volume footings and $37 million paid in dividends to 73,182 shareholders.

What are you learning about measuring the link between social and business value?

Well, our employees have a phrase: “Good for business, Good for community.” So they’re seeing a strong link! The bank has been able to rapidly accelerate its distribution footprint because our community partners provide the capital needed to establish their branch. We have also been able to open in communities we would have had no hope of servicing under a traditional banking model. That’s because customers have a big incentive to bank with Bendigo because they are also likely to be shareholders of the local company that owns the Community Bank® franchise. Thus, we generate a far higher market share than we would have acting alone. Bendigo has $26 billion of Community Bank® business on its books it otherwise could not have accessed.

We have ample data and examples to show how communities have benefitted from owning a Community Bank. In raw numbers, our community partners have distributed over $130 million in profits to local projects and causes. They have built – or seed-funded – community halls, aged care facilities, medial practices and parks. They have bought community buses, fire trucks, rescue equipment and kitchen facilities. They have funded scholarships and hundreds of sponsorships of clubs and associations.

Less tangible, but nonetheless real, is the impact Community Bank has had on community morale. Many of our communities had been ‘written out of the script’ by service providers and were withering on the vine. Today, they are in most part revitalised. Main streets once populated with abandoned stores are now repopulated with people shopping at newly leased premises. Through training local Community Bank directors, the bank has been able to inject capability and collaborative skills into these towns and suburbs, re-equipping them to deal from a position of financial strength with corporations and government to ensure they receive their fair share of public funding and attention. In the recent words of one community member: “Bendigo Bank has this resource to empower community groups to establish things in their community for the good of the whole community.”

Community Bank is a business model that is very much a social model as well. We have always maintained that successful customers and successful communities create a successful bank – in that order – and we are seeing it at work.

What’s the biggest challenge that you’ve faced in implementing shared value? What opportunities do you see on the horizon to overcome it, whether alone or in partnership with collaborators?

Our biggest challenge was an internal one: None of our people had ever contemplated our customers as being formal partners in our business. Now that Community Bank is successful, it is easy to forget how confronting its notion would have been to rusted-on, old-fashioned bankers for whom the bank was always the power player. Not only did our staff need to learn a new way, they had in some respects to forget old ways. For this reason, we began implementing Community Bank® in its own silo, to protect it from internal critics or doubters who might even unwittingly have sabotaged its development. It didn’t take long to win people over – the early successes took care of that – but it was our biggest challenge.

More broadly, our challenge is to work collaboratively with the 2000-odd directors who represent the 220 companies who own the Community Bank franchises. That can be tough. They represent their community and often have parochial goals that occasionally might not align with Bendigo’s. They’re also wrestling with the complexities of banking margins and revenues, and of course there are those many day-to-day business issues around properties, services, products, marketing and so on. Dealing with all those potential issues requires of our people understanding and patience, but more so a genuine desire to work collaboratively with our partners. Generally we get it right, but it requires constant attention from management. At the end of the day, these communities were always a stakeholder in our business, part of what we’ve done is just formalize that!