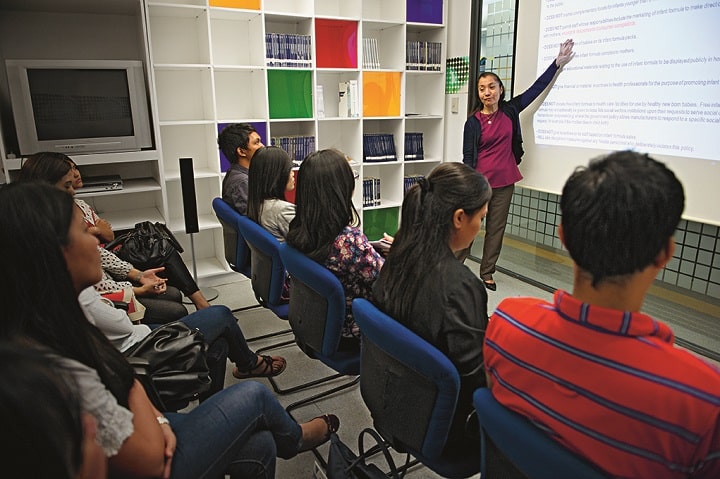 The unmet educational needs that surround a company can be a new source of business innovation, an opportunity which shared value companies take advantage of. Consider Houghton Mifflin Harcourt (HMH), a global learning company that reaches 50 million students worldwide. HMH’s adult learning materials are used in a variety of settings, including correctional facilities in the United States. The State of Louisiana recently approached the company about turning its array of adult learning resources into a comprehensive curriculum for prisoners who are about to reenter society. HMH saw that addressing a vast social need—nine million individuals are released from incarceration each year and the rate of recidivism is high—could also open the door to a new market opportunity.

Over the course of a year, HMH product developers worked with the Louisiana Department of Safety and Corrections to craft a curriculum that delivers an array of academic and life skills while meeting state objectives for reentry education programs. The resulting Reentry Prerelease Program contains ten learning modules tailored to the needs and context of an ex-offender population. Topics range from personal development and anger management to employment skills. The curriculum’s modularity makes it adaptable to the diverse needs of incarcerated adults, while its standardization is valuable for a highly mobile prison population as well as the prison volunteers who often deliver lessons. While the Reentry Prerelease Program began in Louisiana, it has since spread to other states across the country.

For HMH, serving even a modest share of the nine million individuals who exit prisons and jails annually will grow profit. At the same time, a stronger reentry curriculum will help reduce the $50 billion spent each year on recidivism costs nationwide and make HMH a more trusted partner for federal, state, and local governments (Source: Houghton Mifflin Harcourt).

This case study is excerpted from FSG’s report, “The New Role of Business in Global Education.” For more examples of leading companies who are putting education at the core of their business strategy and operations, download the full report or visit the report resource page on sharedvalue.org.