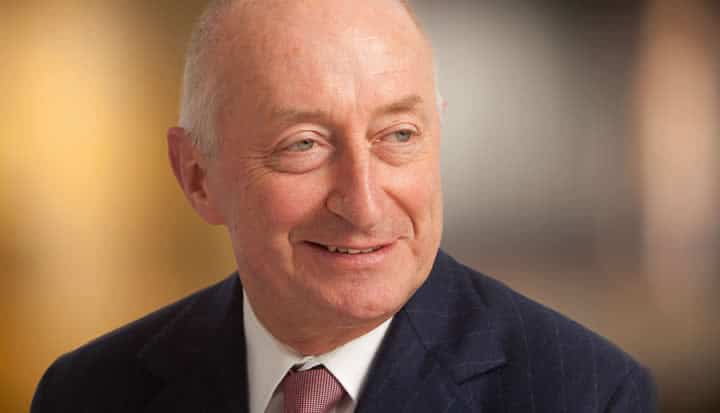 You have argued that business is fuelling growth in Africa. What do you base this argument on?

Since 2000, when The Economist ran an article entitled ‘Hopeless Africa’, the continent has confounded expectations; earlier this year, The Economist ran a story with the headline “a more hopeful continent” and the strapline “Africa is now one of the world’s fastest-growing regions”. Economic growth has accelerated in 27 of Africa’s 30 largest economies. The continent’s inflation rate has fallen from 22 per cent in the 1990s to 8 per cent since 2000. Between 2000 and 2008, Africa’s GDP grew by 4.9 per cent a year, faster than the global average of 3.8 per cent. By 2008 it had reached $1.6 trillion. Foreign debt has fallen from 82 per cent of GDP to 59 per cent, while budget deficits have shrunk from 4.6 per cent of GDP to 1.8 per cent. Finally, Africa was the only region apart from Asia in which GDP actually rose during the 2009 global recession.

That’s an impressive record of growth, especially given the dire predictions at the turn of the century. And this growth has not been driven by foreign aid, nor by reforming governments, nor (solely) by revenues generated from oil and other natural resources – it is business that has been the primary contributor to the continent’s development. Economic development requires wealth to be created, and the only engine for doing that is business. Governments can ensure the conditions for wealth creation, but they cannot make it happen.

Has this economic growth coincided with increased evidence of business activity?

The evidence suggests strongly that Africa’s growth has been fuelled by investment. Between 2000 and 2008, foreign direct investment in Africa increased from $10 billion to $88 billion – a figure nearly twice the level of official development assistance. During this period, major consumer goods companies such as Procter & Gamble and India’s Tata Motors have been moving in to the continent. At the same time, Africa has spawned its own enterprise, now boasting 20 home-grown companies with revenues of more than $3 billion.

Sectors such as telecoms, banking, tourism and construction are flourishing. Since 2000, for example, telecoms firms in Africa have signed up more than 316 million new mobile phone subscribers – more than the entire population of the USA. And since 1998, the revenues of Africa’s 500 largest companies (excluding banks) have grown at an average of 8.3 per cent a year.

These statistics show that the world is waking up to Africa’s potential. It’s discovering what we at SABMiller have known for many years – namely, that Africa offers great opportunities for business.

In what ways does business contribute to Africa’s development?

Let me use the case of SABMiller as an example. Our contribution to African economies goes much further than the products we supply. In 2008 we asked Professor Ethan Kapstein of INSEAD to calculate the economic impact of our business in Uganda. He concluded that in 2007, Nile Breweries and its employees directly or indirectly generated $92 million in added value. He also found that for every job directly based at Nile Breweries, a hundred other workers – farmers, distributors, retailers and so on – depended on the company for some part of their livelihood. That’s roughly 44,000 jobs in the economy as a whole – a major contribution for a single company.

Our contribution to the local economy and community has other dimensions, too. In some countries we run a scheme whereby company truck drivers can progress to running their own independent distribution businesses. We also provide funding and business training for many of our small retailers. Our KickStart scheme promotes entrepreneurship and business skills among disadvantaged 18 to 35-year-olds. In the 16 years since it started, Kick Start participants have set up more than 3,200 small businesses.

SABMiller companies also run comprehensive healthcare programmes tackling infectious diseases such as HIV/AIDS, TB and malaria. These originally started as a service to our own employees, but now extend to our supply chain and the wider community. We also ensure that people living near our breweries have access to our water resources. We are active, too, in a range of programmes to tackle alcohol abuse.

Can business also have an impact at a policy level?

A company like SABMiller is able to exert influence on corporate governance and business standards by operating ethically, supporting business associations and training our people to a high standard. Many of our employees go on to other jobs in the public and private sectors, or get seconded to government to share their expertise.

We have also contributed to government policy and the regulatory infrastructure. In countries such as Lesotho, Malawi, Uganda, Swaziland and Zambia, we have been part of the consultation to develop national alcohol policies. In Tanzania and South Africa, we are working with the government on water policy. Also in South Africa, we helped to coordinate and distribute ballot papers for the first democratic election in 1994.

More recently we sent observers to oversee the referendum in Southern Sudan, having previously helped the government to establish property rights and a workable excise policy. In all these ways, we are deploying our skills and resources to support governments and communities across Africa.

Is there more that can be done to optimise the contribution that business can make?

Growth could be faster still if governments, in particular, were more active in creating the right conditions. There are three areas in particular where governments could do more. First, invest in Africa’s hard infrastructure, such as functioning ports, good roads and services such as power and water. Lack of this kind of infrastructure remains one of the biggest obstacles to Africa’s development.

Second, improve the so-called ‘soft’ infrastructure. This covers a range of factors that make it easier to do business – good governance, the rule of law, transparent regulation, sound property rights, a supportive investment climate, efficient administration, trade-friendly customs regimes and of course a lack of corruption.

And finally, we would like to see governments making progress in regional trade agreements. Despite some recent improvements, cross-border trade within Africa remains slower, costlier and more cumbersome than in any other region. African trade tariffs are still among the highest in the world – on average, 50 per cent higher than those in Latin America and Asia. Much could be achieved by creating more free-trade areas and making existing agreements work better.

The continent has been good for SABMiller and I’m in no doubt that SABMiller has been good for Africa. As I’ve often said, if there was more of Africa, we’d invest in it. What we need, more than anything, is the right infrastructure and support from governments to enable us to continue creating wealth and contributing to Africa’s economic growth. If governments can meet their responsibilities on this score, Africa’s prospects are bright. Like China 30 years ago and India 20 years ago, the continent could be on the point of economic lift-off.