Getting into International Development 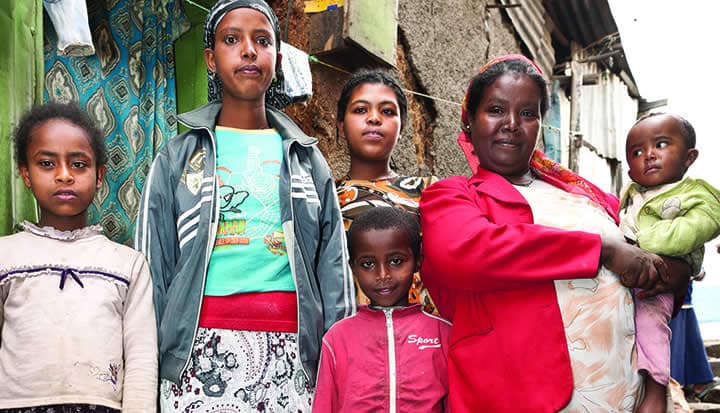 Getting into International Development


The International Development sector is notoriously hard to get into, especially for those like myself who are mid-career and have no experience outside the commercial world. If you are interested in getting into the sector, but not sure how to go about it, here’s how I did it.

Where it all started

Like many people, I didn’t have a clear sense of what I wanted to do when I left university. I pretty much fell into my first job, working in the production department of the local paper. One thing led to another, and before I knew it I’d spent more than 15 years working in the publishing industry, mainly working for large international companies. I did many jobs in that time, most of them enjoyable, challenging and rewarding. And worked for some great companies – the last firm I worked for was Thomson Reuters, and I would recommend it to anyone. But despite enjoying my job, I had a growing sense in the back of my mind that I wanted to do something more, I wanted to do something that would help tackle some of the bigger issues and inequalities in society.

Once I’d decided to make the switch into International Development I applied for quite a few jobs. I didn’t even get a look-in. Not a single interview. I had thought that, with over 10 years of Project Management experience, my skills would be readily transferrable and sought-after. But a lack of sector-specific experience held me back. Time to think again!

A couple of friends of mind had done a masters at the London School of Economics (LSE), and I thought this may be a good next step – a way to show I was serious about getting into the sector and learn more about it at the same time. I applied and was accepted on an International Development course which I did part-time while working. After the first year of working pretty much every waking hour, I gave up my job to focus on studying. When I left university the first time I never thought I’d go back, but I found it very different and far more rewarding this time round.

I learnt about On Purpose through the LSE. On Purpose recruits people like me who are early to mid-career and looking to make the switch to social enterprise. They run a year program, where you get to work at two six-month placements, thereby getting the experience you need. Alongside that they provide training, coaching and mentoring and ample networking opportunities.

I’ve just started my first placement, with EveryChild, and it couldn’t be a better fit. EveryChild are an International Development charity working to stop children growing up vulnerable and alone. My role there is as a Transition Project Manager, working on a large organisational change project as EveryChild transition to Family for Every Child, a new international member-governed network of organisations. The role will expose me to all aspects of the organisation, and I’ll get a far better understanding of how a charity works, particularly things like the interaction between the trustees and the senior management team which are completely new to me. At the same time I will be able to draw on my project management experience to help EveryChild manage its change process, resulting in a mutually beneficial relationship.

My biggest fear was having to do a job that didn’t stretch me or use my skills in any way – I hate being bored, and was put off pursuing the internships route into the sector as so many of these roles are entry-level. On Purpose make sure that the placements have interesting roles lined up, and most “Associates” (as we are known) are placed in roles which enable them to use existing skills in a new environment.

Another fear I had was that as I switched sector, the people I’d get to work with wouldn’t be of the same calibre as those in the private sector. Again, On Purpose vet the people as much as the organisations and roles, and I’m extremely pleased to be working with a highly experienced and effective management team at EveryChild.

It is still early days, but I’m very happy that, 3 years on from making the decision to go into International Development, I have made the transition, and am working for a great charity on an exciting project. If you are thinking of doing the same, my advice would be to just go for it!

On Purpose is currently recruiting its next cohort of Associates, starting in October 2013. To find out more and apply, visithere. The deadline is approaching soon.