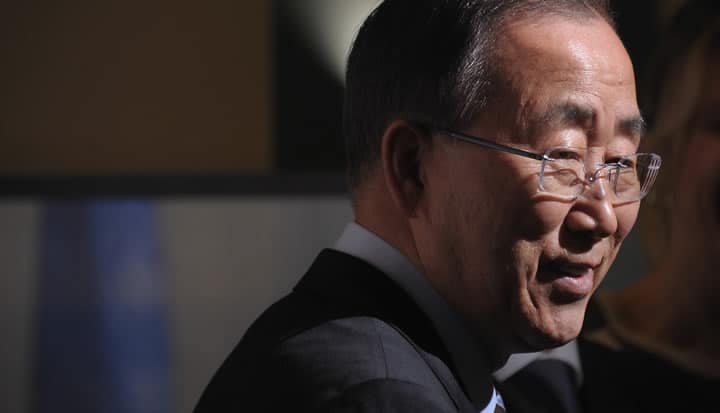 
Meeting today with CEOs, heads of state and ministers at a forum on the sidelines of a global finance summit, Secretary-General Ban Ki-moon called on the corporate community “to be our partners in supporting and financing this agenda.”

The call came on the second day of a global conference on “financing for development”, tasked with finding resources for a 17-point, 15-year plan on meeting human needs, protecting the planet and ending poverty. These Sustainable Development Goals will be up for final approval at the UN General Assembly in September.

The Addis Ababa Action Agenda under negotiation represents a global consensus on a working relationship between private, philanthropic and public sectors, on addressing social justice and sustainable production and consumption, and on closing a yawning infrastructure gap.

However, the meeting takes place in a period of low expectations for global economic growth rates, weakened international trade, declining investment flows to developing countries, and persistent problems regarding debt, including in developed countries, noted both in the United Nations World Economic Situation and Prospects, mid-year update, 19 May, and the 9 July update to the World Economic Outlook of the International Monetary Fund.

A report of an intergovernmental committee of experts (A/69/315) released last year said that lack of capital is not the issue, It cited estimates of “robust” annual global savings from private and public sources of $22 trillion, and of total global financial assets of about $220 trillion. Nevertheless, constraints on government budgets indicate a crucial role for the private sector and responsible business practices in helping to mobilize resources for pressing global needs.