Football Means Business for Everyone 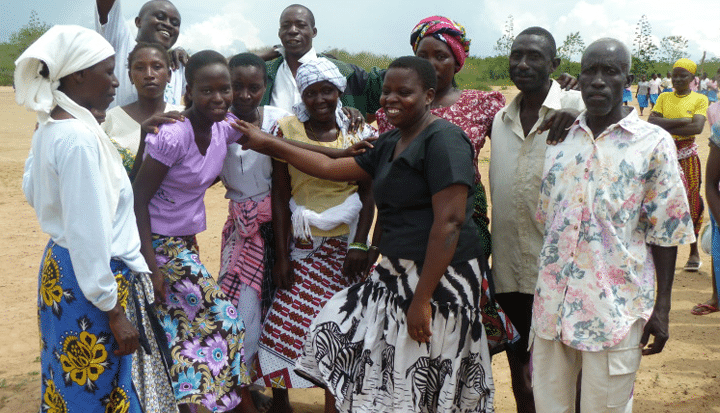 Football Means Business for Everyone

Women have endured a long history of exclusion. From how we measure the wealth of countries to football,women remain underrepresented and underpaid. Gender equity and inclusion have become the main drivers of the international development agenda – here sport has the potential to play a unique role.

Globally, women make up more of the international labour force than men and research shows that where women's participation in the labour force grew fastest, the economy.... In Kenya, women make up 62% of the labour force of which almost all in the informal sector, but in the coastal region of Kilifi, poverty forces girls into early marriages resulting with a severe dependency on their spouse and without completing education. With 1 in 3 girls in the developing world married by their 18th birthday, the consequence of leaving school puts them at greater risk of economic dependence, isolation and violence.

Football brings women and girls together

Women account for most unpaid work are over represented in the informal sector and among the poor and with the little money they do earn, almost 100% is invested in ensuring the household does not fall into further destitution. This weak financial position reflects and reiterates the reality that women are vulnerable. This is why UK-based charity,International Inspiration, partners with grassroots community organisations to use sport to engage vulnerable populations. In rural areas such as Kilifi, Kenya, kinship and community networks are essential to informal economy ac... and so in delivering financial training to women, community-based organisation, Moving The Goalposts, use football leagues as a pathway to financial training and opportunity to return to school and earn their own financial independence. Using football as a hook to springboard women and girls into the local business community. This is combined with gender equality training and community-based initiatives, aligning to the World Health Organisation’s prediction that this combination will ‘hold promise’ for women.

Empowerment, as we know, is complex and is as difficult to define as it is to address. It is through football that girls develop their principle business skills, such as leadership, negotiation and communication. Pathways is about using sport to create new networks that begin as teams and increase opportunities. Girls in higher education contribute to higher levels of labour and... and through the programme, a third of participants said that they can now cater for their own or children's school fees. Food sufficiency has increased by well over 10%, they have seen a nearly 20% increase for clothing and an around 10% increase in housing conditions and household goods. To date, 63 girls received financial literacy training and were supported to enhance or start their businesses.

The field has become a platform for girls to have a voice in community and in government. Girls involved in the football leagues have shared their stories and experiences – to lobby against policies and practices which are discriminatory against girls and women. Through the football leagues, messages of advocacy have been developed on rape, early marriage, abortion, and early pregnancy. One MTG girl received a scholarship from a cabinet secretary after making a presentation during a national event organised in Nairobi on child labour in the county. Education sits at the centre of sport for development and the gradual shift in community attitudes has been led by women and followed by men; in particular parents; boys and community leaders, who have been actively supporting the programme at community meetings and attending matches. This inclusion of males is leading a cultural shift of how women contribute to the wider community.

MTG has established support from the community to protect and respect girls’ and women’s sexual and reproductive rights and health choices. As highlighted, kinship is central to community life and the support from males in the community has dramatically increased with 44% more girls receiving support from brothers and 56% more from fathers. Significantly, 66% of out-of-school girls were allowed to return to education and 38% less were forced to have sex.

Playing sport makes women difficult to ignore. Playing the same game as men, by the same rules and undergoing the same training is an understated symbol of strength. Sport has many unique qualities but is in no way the only answer. It brings people together, can impart transferable skills and the rules remain - without exception - the same the world over, but it doesn’t make you money, except in Kenya.

It took seven years for the infamous new Wembley Stadium to open its doors to the England Women’s Team last month with much of the team funding their international football career alongside part-time jobs. The women in Kilfi do not necessarily aspire to be professional footballers - although four girls passed the Kenya Football Federation National Referee Examination last year and one has made the national team - but it seems that football is finally a gateway to business.