Focusing on Micro Enterprise is Key to Fighting Poverty 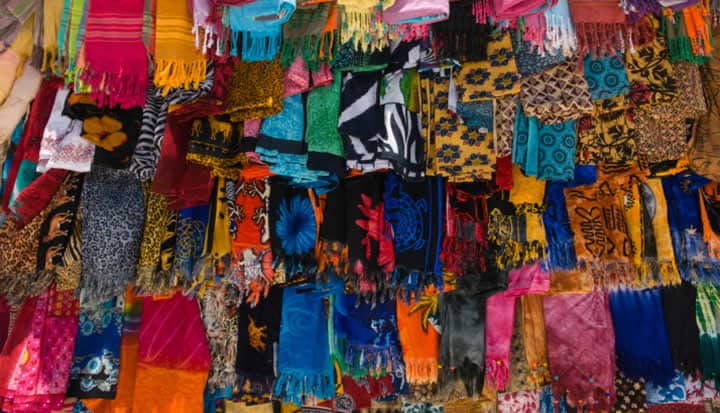 Focusing on Micro Enterprise is Key to Fighting Poverty

CHALLENGE: What can large businesses do to strengthen small business ecosystems in frontier markets?
Wednesday June 12 2013


Big business commands key roles in fighting poverty, such as employment, training, research, investment, social responsibility, but small business remains the infantry of the fight against poverty, a micro business emphasis, or as usually referred to, small and medium enterprise.

Small business is the core illustration of enterprise, which is in the heart of innovative creativity that can be replicated and can have a wider impact that can be translated to economic impact and long term prospects.

Enterprise underlines the creativity in few as well as many, and I believe small business demonstrates this in a way that large business seems to loose it through rigid regiments and supply and production processes. Never the less the view point of enterprise needs to be complimented with the understanding of business mindset and models to mean or imply remunerable productivity or profitability.

I was in a conference and heard of the phrase ‘’Illiterate economics’’ and the explanation that followed startled me. It took me back to the fundamentals of rural economics I grew up in, that saw our family surviving in hardships, and subsequently gave me crucial education that shaped my life from early years. It was and still is the case for many rural families in 3rd world economies, the heartland of Poverty as we know it.

I went back from the conference and googled this phrase and the dominant definition, expression and illustration is to suggest of people who have had very high education and are illiterate in economics or the application thereof in particular the leaders of 1st world governments and their heads of economic policy departments.

The definition and explanation at the conference was merely to say that the local economic activities that were practiced by the rural population or indeed low income urban populations were largely effective business, or enterprise, practiced, by those that had not been to school, could not read or write but simply mastered enterprise and basic principles of business, to the level of trading in goods and services to keep surviving on. Many indeed never get to make fortunes but survived, raised families on basics. They just mastered the arithmetic of business.

My father having dropped off from school in his early age due to their own family difficulties, built his family from this, raised us up, and put us through school. He was passionate and sentimental about education and I will not remember a more resounding rhetoric from him than the need for education. He practiced small scale agriculture, traded in small scale cotton and other goods and commodities, but was a permanent member of the local cooperatives and societies in the village that advocated for enterprise, hard work and cooperation.

I recall with sentiment his diligence for hard work, aspiration for success and zeal to make a difference for many beyond just us as a family. We cultivated cotton with devotion, as a cash crop, and a variety of food crops, and indeed we never lacked food, in or out of season. Cotton was a regional endeavour pushed by the government, and so was the formation and running of cooperatives to support this. I have never known if the government actively sought best prices for the cotton in the national and international markets to ensure the efforts of the farmers like my father made economic sense and would lift us out of poverty.

While I cannot rank that we were in abject poverty, I certainly believe the struggle for us to keep on and us children to attain quality education could probably been lighter if there was an agenda to fight the poverty.

My mother did not know to read or write, and to my knowledge she did not have any opportunity or chance at education. Even as I grew up, it was obvious girls were not seriously thought to be eligible for education, even when it was evident that those who made a go even to just primary school age, would fetch better dowry upon their getting married. Education was thought a bonus for the girl and a luxury for the family. My Dad thought otherwise and my education was equally prioritised as well as for my sister. There were greater forces that pulled at my sisters efforts.

My mother cultivated, traded in the local markets, buy more significantly for her own economic independence my father accorded to her, she brewed beer and distilled alcohol (spirits) from Cassava. She was enterprising, saved, and even did an awesome act. She kept and invested secretly in cows that grew and eventually contributed to my secondary school education.

I look back with great sentiment on how these trends of enterprise could have been supported better perhaps, or diversified, or identified as having potential for national economic input, not merely as a means for family subsistence survival. In the present we talk about the success of Micro credit finance that has revolutionised such economic activity and indeed the fight against poverty, yet there is still wide spread unsupported illiterate economic activity.

I identify support for grassroot enterprise or business activity as one major battle we ought to engage and our winning in this front, would be a major step in our fight, to support Illiterate economics activities.

I believe some of the tragedies were and still are in what I call miseducation which have wrought on negative perspective and behaviour, actions which have damaged aspiration for prospects of communities and individuals. This has perhaps been more damaging than uneducation as in Illiterate economic activity and have embedded the acceptance of poverty, or the lack of the will to fight it. Who called cash crops such and food crops such. While it may have been true you could not cultivate cotton for food directly, why could encouragement to grow millet, cassava, maize, potatoes, not have been for cash, to sell? I recall the time and effort we put into growing cotton was several times that for ten other crops we grew. The return did not justify the effort except for the fact that the food we grew was not commercially valued. If many are taught, and encouraged or supported to understand every activity as a commercial activity, enterprise, a business, I am persuaded the economic output would be greatly increased and the fight against poverty would be a winnable battle in very simple steps.

Simply defining and emphasising rural or low income economic activity as subsistence already influences behaviour, attitude and creates faltering or diminishing aspiration and prospects, actions subsequently evident of just getting by, and gradually and eventually accepting poverty, or loosing the will to fight it. If we taught, encouraged, supported all activity as enterprise with emphasis for business, the output of a lot of effort would certainly be increased, above all the long term sustainability, innovativeness and creativity.

I will illustrate some of the above with more of my personal story. I met Margaret, now my wife, when their family was under a down turn, at an urban setting in Uganda. She being creative, bought a packet or so of wheat daily, baked bread from a small charcoal oven at the back of the house and sold it at the local street place. The income was for subsistence, to get by and a part of it recycled to buy more wheat, and do the same. I was fascinated by this activity, it was my first time to see that bread could be easily and locally made. I gave this my every support I could, even with my own modest means. As she persisted in this, an opening came that saw Margaret become a lead bread supplier in the town to one of the institutions. This translated to supporting a number of her siblings through education.

Had there been adequate relevant support, this opportunity could have translated to a professional bakery, creating jobs, but above all the family would have broken out of poverty quicker than they did, and perhaps an industry established. I assert that the biggest challenge was to think and act with a mindset beyond just subsistence. While I encouraged this from the side of the family, if there was a similar encouragement and support from the side of funding, market systems, the demand side of things, this would even have served as a model of translating need, enthusiasm, skill and talent to real enterprise, and business.

Fast forward, as we settled in the United Kingdom as a young family with economic challenges, we were faced with similar challenges, but similarly an identical opportunity

We have to date build up from scratch over the last 10 years a catering and restaurant business in African cuisine in London. Margaret, after her successful studies in the sector had opportunity to employment with high end providers. Our decision of enterprise and running a small business, though taken under difficult family circumstances, has assisted the family better economically, but most importantly affected more lives in a meaningful way, created jobs, and been a lead model in the sector. We have supported in the wider perspective, African food sector and the work we do in the UK has a direct impact to the efforts of the markets back in Africa.

I believe we are winning the fight against poverty in a wider battle, more effectively, being in business than if we were not.

I therefore advocate encouragement and support of micro enterprise, business, mobilisation of tools and mechanisms such as credit or financing facilities, skilling, education and training market facilitation as an emphatic targeted effort that will undermine the resilience of Poverty.

I would similarly suggest that Macro business as an obligation should champion the support of such efforts in several ways, in collaborations in individual sectors, investments and dedicated market sharing. Macro business would therefore form a command lead in the fight against Poverty.