Everything You Need to Know About Shared Value at Davos 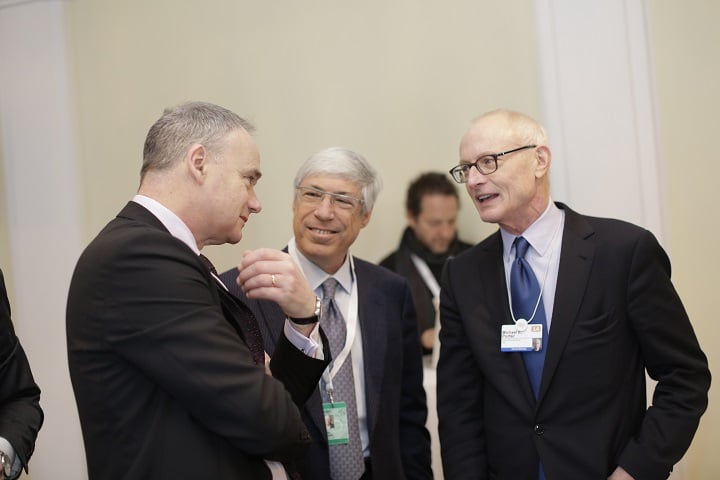 Everything You Need to Know About Shared Value at Davos

Economic inequality was a major theme at this year’s World Economic Forum, and for that reason a core topic of conversation was shared value – the idea that businesses can profit by creating social good, and therefore create better, longer-term solutions for societal problems.

In case you missed the webcasts and coverage from last week’s grand meeting of political, business and thought leaders in the tiny Swiss village of Davos, we at the Shared Value Initiative created a list of the hottest shared value discussions:

The Guardian’s Sustainable Business blog had some comprehensive running coverage of days two and three, when much of the shared value conversation took place. The Guardian reports that Thursday’s opening session was very focused on creating shared value, specifically considering purpose over profit in corporate decision-making. As PWC International Chairman Dennis Nally put it, “There will always be conflicts, and without a clear idea of purpose, it will be profit that makes the decisions.”

While on Friday, Harvard Business School’s Michael Porter (coauthor of the 2011 Harvard Business Review article on “Creating Shared Value”) responded to the Guardian’s questions about shared value “not being radical enough,” per recent comments made by Unilever CEO Paul Polman:

“Paul uses the label of sustainability for much of [Unilever’s] work. We believe that sustainability… is a broad catch-all phrase.” He goes on to say, “Actually societal problems are the greatest business opportunity to restructure how you operate, to become more productive. Selling products to Africa is not doing good but a giant new market.” Read the rest of Prof. Porter’s comments.

Nestlé also had a strong voice on shared value throughout the event. (Full disclosure: Nestlé is a funder of our Initiative.) Company chairman Peter Brabeck Letmathe spoke on two panels, including Breaking Silos in Development – where he stressed the importance of goal-setting and measurement when it comes to public-private partnerships.

In another panel, Brabeck and others like Muhammad Yunus and Martin Sorrell discussed whether ethical capitalism was “worth a try” or even possible. In an audio interview with the Guardian’s Jo Confino, Brabeck argued in favor: “If you embrace the task of the company to create shared value – value for the shareholders, but also value for the society – you will find a good and sound ethical base for capitalism.” Here’s a video of the discussion that ensued.

Staying abreast of the conversation they helped to start, Harvard Business Review held an invitation-only event of academic and corporate leaders to discuss how business can more effectively contribute to society. Being a private event we can’t link to a webcast, but the ideas followed on the January HBR article “Focusing Capital on the Long Term,” by McKinsey’s Dominic Barton and Mark Wiseman, which is free to read for non-subscribers.

Ignatius also gave an excellent interview for CNBC Africa (video), in which he summed up the importance of shared value for not only the business world, but also the wider inequality issue that fixated so many business leaders at this year’s forum.

The last event which we’re proud to feature is Friday’s roundtable discussion on business’s role in education, hosted by FSG, the nonprofit consulting firm which guides our initiative. The roundtable featured leaders from across sectors and industries to discuss how business can help shape the workforce of the future through education, based on a recently published report by FSG’s Mark Kramer, Greg Hills, Kate Tallant, Matthew Wilka, and Anjali Bhatt. To read the report and get more background, read Kate Tallant’s recap blog post to get up to speed.

We don’t have a webcast of this discussion, but our colleagues did a great job of summing it up in real time on Twitter. We’ve recapped the conversation for you on Storify.