'Eco' Status Quo? Why We're Growing Our Own Food 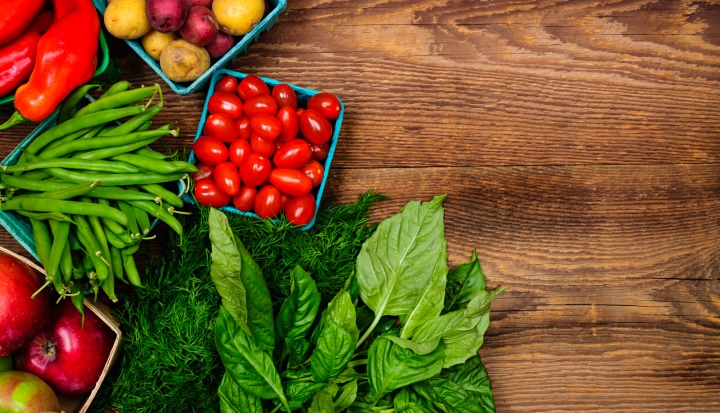 
Social entrepreneurs are driving a global movement to think, eat, and grow local. UK Venture Manager Julia Koskella shares Ashoka’s key insights for success as part of a series on leading trends in social entrepreneurship and the environment coming out of Europe.

The past few years have seen a massive increase in demand for locally-sourced food in countries around the world. Fed by well-rooted concerns that processed food transported globally and treated chemically is not best for the planet or people, consumers are driving a new localism in supply chains.

Most consumption decisions are made by individuals at the supermarket shelves. But behind this change in consumer habits is a global league of leading social entrepreneurs, innovating, creating new markets, and understanding the key drivers of human behaviour.

Michael Kelly says “Grow It Yourself”

The latest trend to hit the local food movement is to go straight to the source and grow your own. Increasingly consumers are asking themselves where their food comes from and how they can be sure it is safe and healthy. Five years ago, this prompted a real “aha” moment for Michael Kelly, Founder of Grow It Yourself (GIY) and now an Ashoka Fellow. Picking up a clove of garlic in Ireland, Kelly was bowled over to see a “fresh from China” sticker on as small and cheap an item as garlic – a product which grows naturally and abundantly in Ireland.

Digging deeper, Kelly found Ireland imports no less than €4 billion per year of produce, which could be grown locally, despite being a net exporter of food and drink. His solution was to plant garlic himself and convince thousands of others to grow some of their own food too. Through GIY, Michael aims to make it easy and sociable for anybody to start growing food for the first time. He has created a GIY network with dozens of locally-run chapters and events and an online platform to share tips and resources.

Five years on, the GIY network connects more than 50,000 people and 800 food-growing groups. In Ireland, GIY is not just a network but a new cultural movement cutting across age and class divides. Michael is now ready to take on other global markets. Last July saw GIY formally launch internationally, with Michael leading a day-long UK event mobilising food enthusiasts, community groups, and growing experts from across the country. 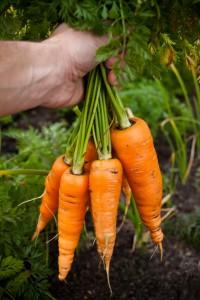 Key drivers behind the ‘Grow It Yourself’ movement

Four key insights have allowed social entrepreneurs like Michael to have real impact on human behaviour and food consumption patterns.

Localism is having great impact on the environment, cutting down food miles and chemicals from agribusiness. But social entrepreneurs like Michael know you must tap into a range of personal motivations and interests to create a successful mass movement. In the case of GIY, foodies know that locally-grown food is more tasty and cost effective. Cutting out the commute means your food will be on your plate fresher and faster, without losing vitamins B, C, and E. If that’s not enough motivation to get you growing, then experiencing the simple pleasures of being active outdoors might: gardening is regular exercise and a dose of sunshine. And any food grower will tell you about the glowing pride they feel at watching their crops sprout, fruit, and harvest. So whatever market you’re in, make sure to appeal to people with a range of interests.

The first-hand experience of growing food, even if it’s just a few basil pots on your windowsill, leads to a wider mind-shift change that Michael calls “food empathy.” Growing your own cultivates a deeper understanding of the value of food, the time and effort invested, and even awareness of the seasonality of food crops. GIY impact studies have found people who grow their own food start making more sustainable and healthy food consumption decisions throughout the week, not just when they’re picking a home-grown carrot.

When you’re in the business of changing behaviour, social entrepreneurs understand they must collaborate, not compete, to affect change. For GIY’s launch in the UK, Michael received the collaboration and support of Ashoka Fellow Rob Hopkins, co-founder of Transition Towns. Many local Transition Town groups are also linked to the Slow Foods movement originally created by Carlo Petrini in Italy. Petrini, originally elected an Ashoka Fellow in 2008, works through 1,300 local chapters worldwide to promote the greater enjoyment of food through a better understanding of its taste, quality, and production – again linking to the concept of food empathy. 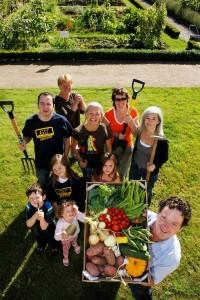 Social networks on the ground, not the cloud:

Behind all of the leading local food initiatives is the act of bringing people together regularly on the ground. Changing your behaviour away from the status quo – whether by putting up solar panels, biking to work, or growing lettuce on your windowsill – takes time, energy, and often money. To counterbalance these costs and shift behaviours on a large scale, social entrepreneurs know the power of bringing people together in a supportive community.

Social entrepreneurs are creating online communities that are just as smart, and often more vibrant, than their corporate counterparts. But crucially, the Grow It Yourself movement is also bringing social ties back to basics at the local level, meeting a deep human need that can’t be satisfied on Twitter – especially when the sun comes out. People are coming together in community gardens, local garden allotments, or starting their own “GIY Groups” – a structure Michael created so that any member of the public can facilitate new and deep conversations focused on lifestyle, food, and the joys and frustrations of food growing.

This is part of a series of articles on Ashoka’s network of social entrepreneurs transforming environmental systems. Ashoka is building a movement of leading social entrepreneurs innovating for sustainability. If you know of anyone whose work will truly change the system, please nominate them via the global nomination form.