Easing the Economic Cost of Malaria – With a Vaccine 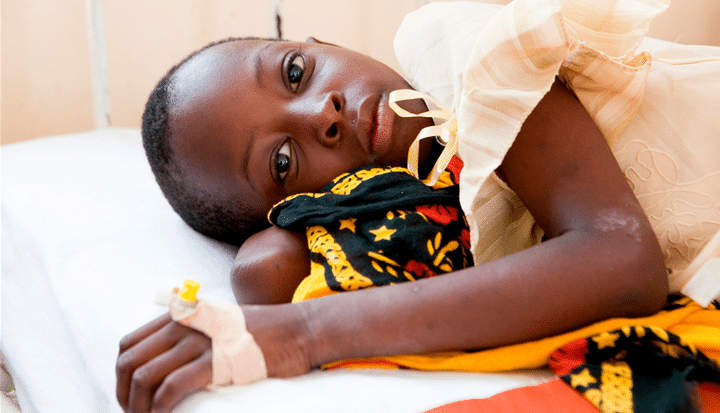 Easing the Economic Cost of Malaria – With a Vaccine


The interplay between health and economics is unavoidable, particularly when it comes to the impact of malaria on sub-Saharan Africa. Not only does malaria carry a heavy human cost, but it has a heavy economic burden too.

Malaria claims around 600,000 lives a year, mostly young children in Africa. This is devastating for families and the cost of caring for those with malaria takes its toll on their finances too, sometimes forcing them to spend their savings or sell livestock(1). The disease is also a huge drain on health systems, with millions of malaria cases filling hospitals each year and as much as 40% of health spending in Africa going on fighting the disease.

The impact of malaria on the growth of sub-Saharan Africa is also profound – it’s estimated to cost the continent $12 billion a year in direct losses and many times more than that in lost economic growth(2) . Studies suggest just a 10 per cent reduction in malaria could add 0.3 percentage points to GDP of countries with a high incidence of the disease(3).

New interventions against malaria – that complement existing ones - are needed. Widespread use of bed nets and insecticides, prompt diagnosis and treatment coupled with innovative interventions such as targeted prophylactic use of anti-malarials is making a difference and deaths have fallen remarkably in the past decade. But these gains are fragile – at risk from resistance to drugs and insecticides, complacency and funding cuts. Adding a vaccine to the available interventions could make a real difference.

At present, no vaccine exists against malaria, or in fact any human parasite. But at GSK, we are looking to change that. For more than three decades, our scientists have been striving to unlock the secrets of the malaria parasite and find a way to overcome its defence mechanisms which have made a malaria vaccine so elusive.

Just last month, we came a step closer to fulfilling this ambition, submitting a regulatory application for our malaria vaccine candidate RTS,S to the European Medicines Agency. This follows a large-scale, late-stage study of RTS,S in over 15,000 children across seven countries in Africa. Results showed that after 18 months of follow-up – on top of the use of bed nets – RTS,S almost halved the number of malaria cases in young children aged 5-17 months (at first vaccination) and reduced cases by almost a quarter in babies aged 6-12 weeks (at first vaccination). The vaccine candidate’s efficacy is partial, but given the huge public burden and economic impact of malaria, RTS,S could make a significant impact on the health and wealth of the continent.

Submitting a file – all 230,000 pages of it – to the EMA marks the first rung in the regulatory process towards making RTS,S available as an additional tool to help prevent malaria in African children. The agency will now thoroughly review the evidence collected, in collaboration with the World Health Organization (WHO).

If, after its scientific evaluation, the EMA gives a positive opinion, the WHO indicated they would consider a policy recommendation for RTS,S by the end of 2015. This would pave the way for national regulatory applications in Africa and for African countries to embed RTS,S in their immunisation programmes – if they decide to do so.

This is hugely exciting. But getting here has not been easy. As well as the fiendishly complex scientific challenge, it has been an economically challenging process. Knowing that the people who would ultimately use a vaccine – young children in Africa – could never be expected to pay for it, the usual commercial models of clinical research and development did not apply. We had to find another way to progress the vaccine.

That is why we forged a partnership with a non-profit organisation, the PATH Malaria Vaccine Initiative, enabling us to share some development costs and risk of progressing RTS,S. With financial backing from the Bill and Melinda Gates Foundation, PATH have helped to enable the roll-out of late-stage trials in Africa.

This partnership – and other collaborations – have been the cornerstone of developing RTS,S. Working with the African research centres and their northern academic partners has been fundamental. And looking ahead, more partners from global and local malaria control and immunisation programmes will be needed to help realise broad and timely access to RTS,S across sub-Saharan Africa.

If RTS,S is recommended, African countries and international organisations should be able to purchase the vaccine at a level so that it can be free at the point of delivery for those children who need it. For our part, we have said that the eventual price of RTS,S will cover the cost of manufacturing together with a small return of 5% that will be reinvested in R&D for next generation malaria vaccines or vaccines against other neglected tropical diseases.

The knowledge that a vaccine – used alongside tools such as bed nets – could make such a profound difference to the health of African communities, and enable more people to share in the continent’s emerging prosperity, drives us on. And it will keep driving us on, as we continue to refine RTS,S and look for new and better approaches to stay one step ahead of malaria.